I have two playlists. The first one I made was when I first joined Sporify, called 'My awesome playlist' containing every song I liked ever in it. I then decided, after a while of just listening to that one, that I wanted to make another, so I did. I named it 'Rock and Rap' because I wanted it to be Rock and Rap themed. I put about 8 songs on it. When I came back from going to the shop,  I looked back on my Rock and Rap playlist, and underneath the 'you added' column was a 'we added' column! All the songs you had added were NOT Rock songs or Rap songs! I tried listening to the playlist, but instead if playing the songs I added in the first place, it blurted out non-rock and non-rap songs!! Frustrating! I went to delete the songs, but I realised some that you added where on my other playlist, the one I actually wanted them on. I didn't want to delete them because if I did that they would delete from My Awesome Playlist aswell!!!!! Plus, when I did delete some songs YOU added that I HATED, It just added another song I hated in it's place!!! This is so stupid, spotify!!!!! You better fix this!!!!! 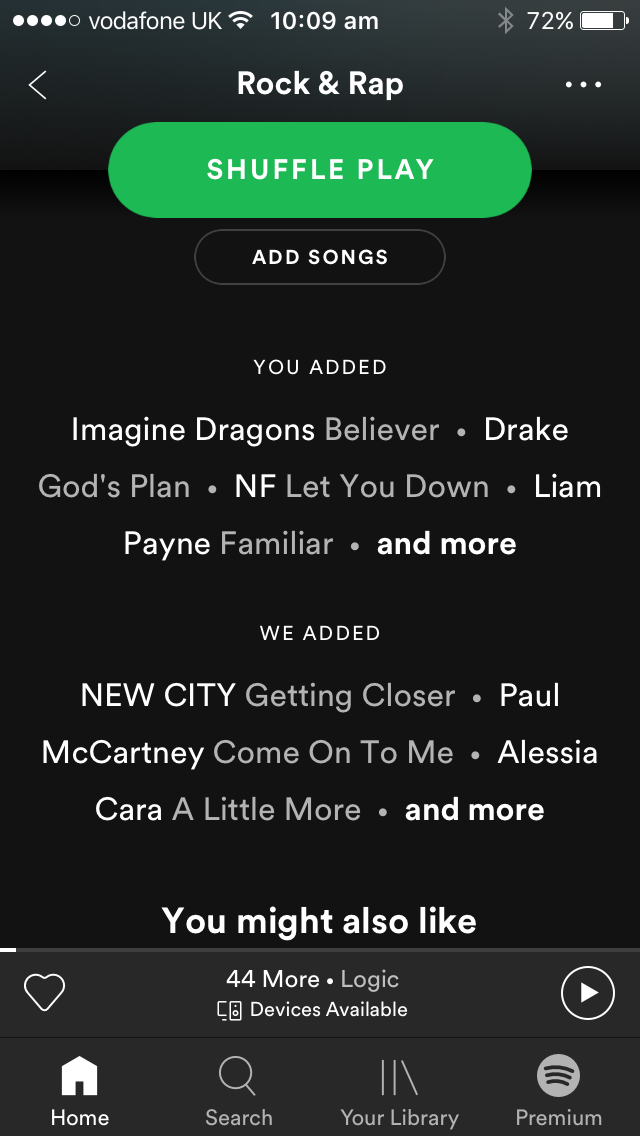 Spotify Free on mobile devices will play suggested songs. These are the songs you see as "We added", but aren't actually part of the playlist. If you check using the web player or desktop version of the app, the playlists will only have the songs you added.

You can find all the info about how Spotify Free works on mobile here.

“Music acts like a magic key, to which the most tightly closed heart opens.”
― Maria Augusta von Trapp
0 Likes
SUGGESTED POSTS
Log In