On songs where the title/artist in the div with id="player" are longer than fits in the div, they will scroll on mouse over.  If the text is scrolling while the song changes the scrolling content is not updated to that of the new song.  This occurs when skipping a song forward, skipping a song backward, or reaching the end of a song and moving on the the next song.

I have attached 2 screenshots, the first shows the web player with the bug, the second showing the page as it should be.  In the bug photo you can clearly see that the song title is labled as Where Are U Now by Skrillex et al., while the song playing is Bright by Echosmith.  Where Are U Now was the song that was playing when I skipped forward to Bright while the Title and artist info for Where Are U Now were both scrolling.

I can replicate the problem with 100% success in both chrome and firefox.

I have been unable to replicate the problem on songs where the title/artist content doesn't scroll. 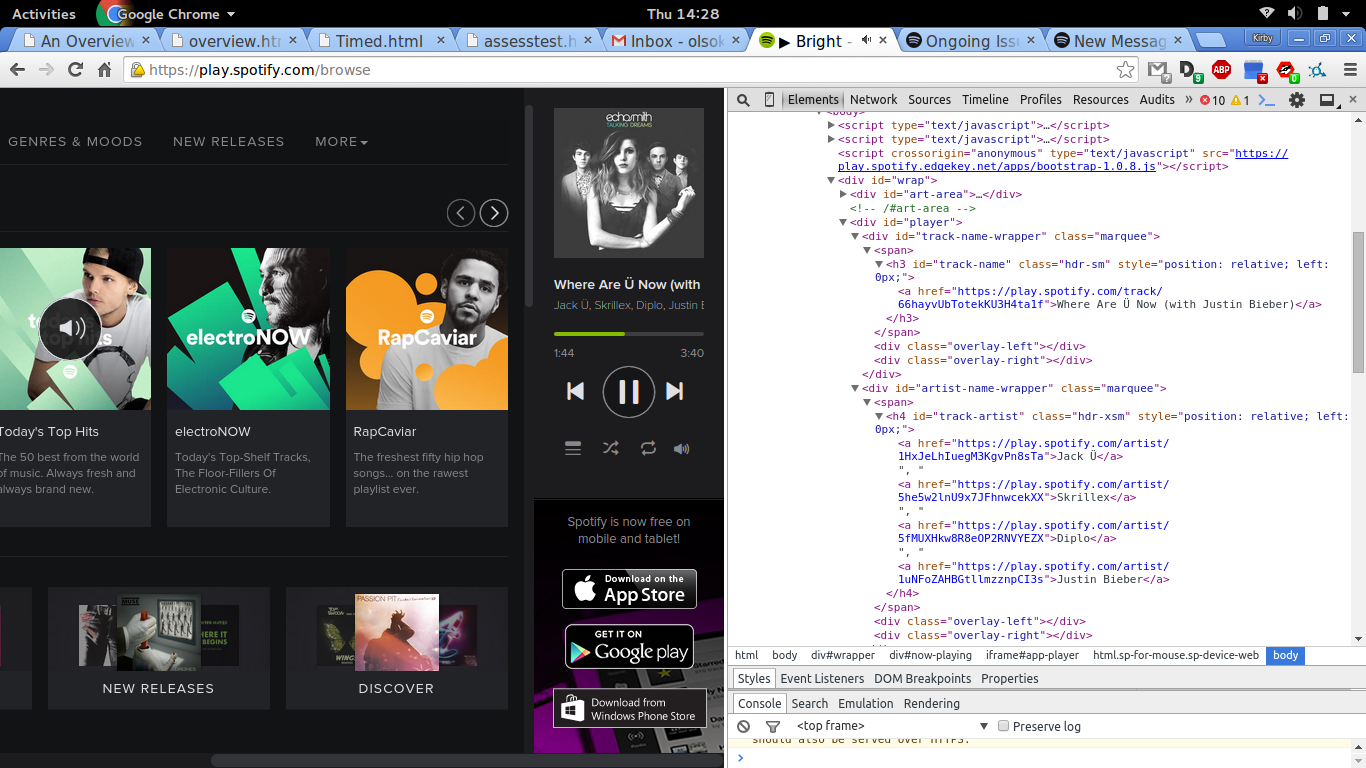 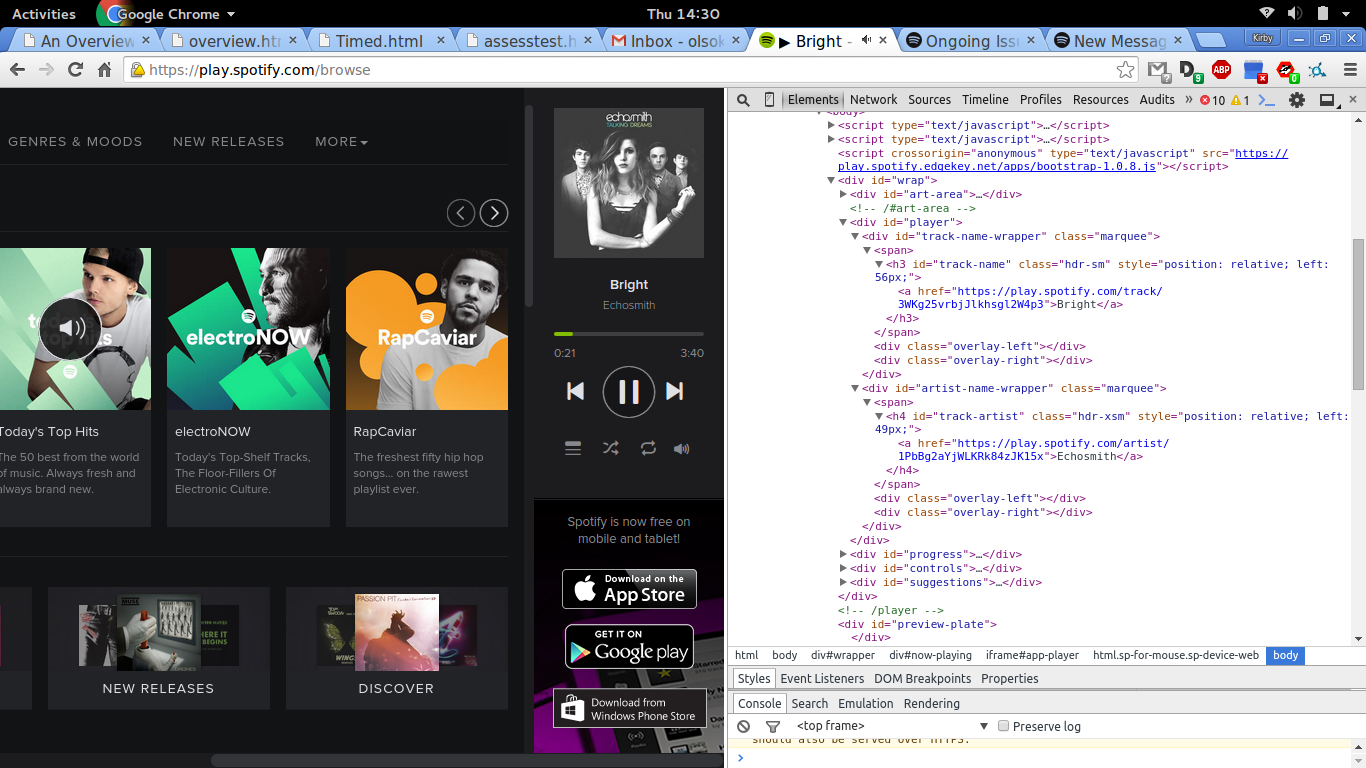