What I'm posting about is nothing new; this issue was raised as early as 2012 by user incandenza (referring to the broader issue), and as recently as this past Wednesday by user deathdestruct (referring to the Fixx album Reach the Beach (1983)).

Is there a way for the Spotify team to develop a system that works as a sort of almanac for albums and their year of original release? This system could be applied to the entire catalog to correct the issue of incorrect album years.

There's nothing more heartbreaking than seeing Einzelhaft, a 1982 album by the iconic Falco, being credited with a 2016 release. Part of the artistry of music is its place in history; to discredit / misinform the artist / listener respectively is something that should be promptly and effectively dealt with. 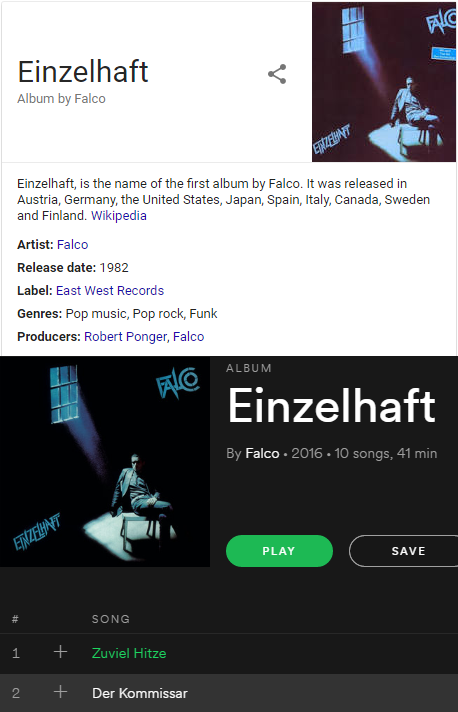 Thanks for letting us know about this. There seem to be several versions of this album and the release date of each is given by the aggregator or label.