maypym
Regular
The Android App allows to filter library albums by title or artist. The windows desktop app does not support artist names and it would be nice to have this feature.
Labels:
Reply
4 Likes
1 person had this problem.
Reply
Topic Options
3 Replies

Hey! Thanks for your feedback!

What do you mean by filter by artist. On spotify desktop, in the album tab, you can filter albums by their Artists. They will be then shown in alphabetical order, accrding to their artist.

I understand what you are saying, but that's not what I meant. I attached two images to illustrate my point further. My suggestion is to support also _artist_ names in the search filter box to narrow down the list of albums to a certain artist, instead of scrolling through the whole list of albums. Currently the filter search box supports album names only.

On the Android app the search filter behaves different, there it supports album names _and_ artist names. That's what I would like to see on desktop too. So in my example when entering "Abra" in the Android App it shows my albums of Abra Moore, but not on the Windows Desktop app.

Btw, the android app also has a neater visual alphabetical separation by artists, would be nice on desktop too 🙂

Albums, Filter set to "Abra" which should now show the albums of "Abra Moore", but instead shows nothing

I agree with maypym and I have the same problem with MacOS app.

I am also attaching two screenshots.

In the first one, I am filtering by "wiretap", because I want to find a "Wiretap Scars" by "Sparta". This works. 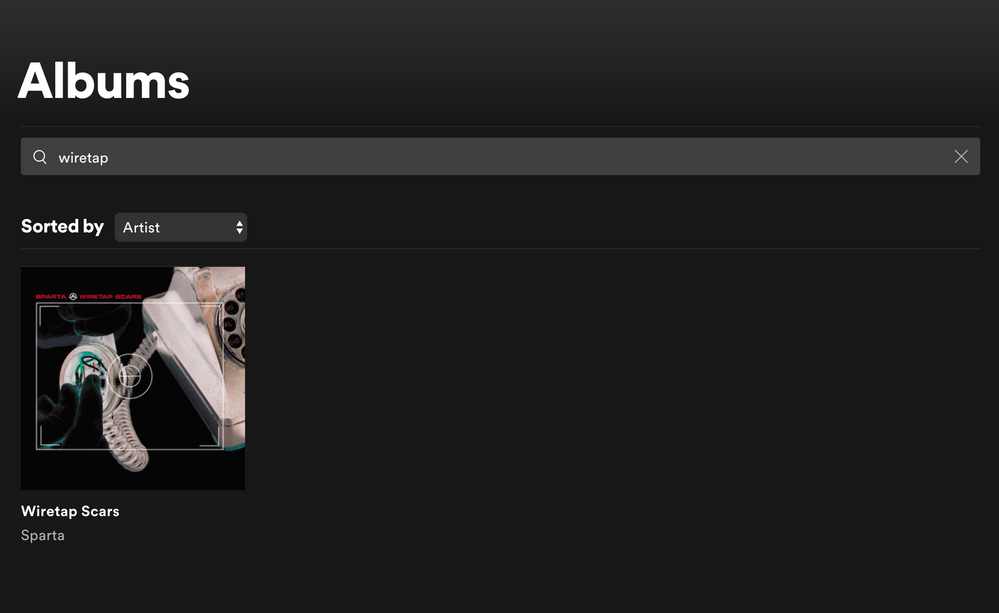 In the second example, I am filtering by "sparta" because I want to find all the albums from "Sparta" band. This doesn't work. 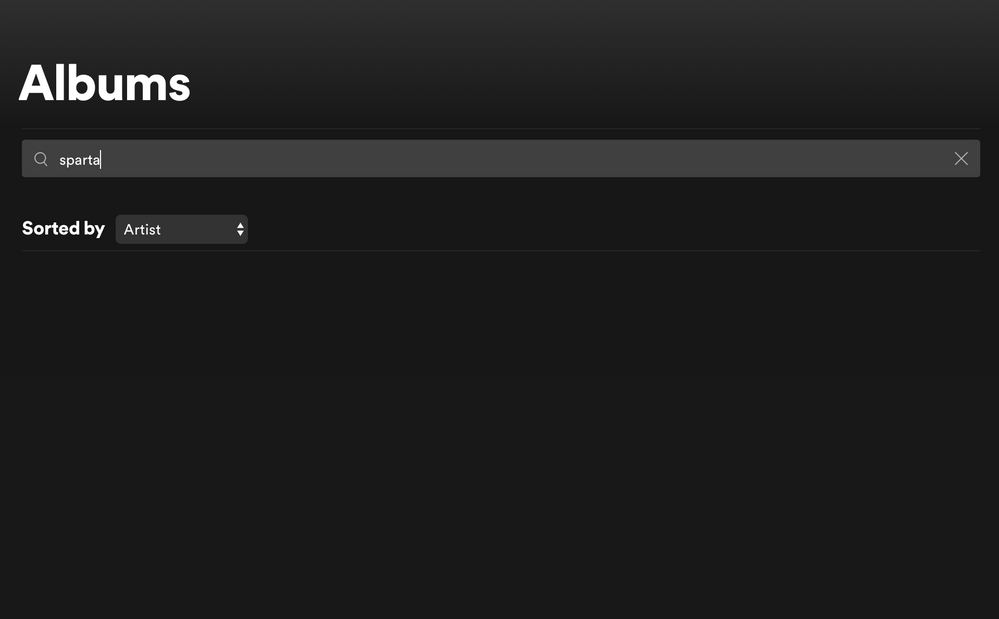