How To Disable Genius "Behind the Lyrics" on Chromecast?

How To Disable Genius "Behind the Lyrics" on Chromecast?

Recently, "Behind The Lyrics" song analysis (with auto-displayed lyrics) has started to appear for more songs when I play from Spotify to my Chromecast. I don't want to see this feature; text saying Wouldn't It Be Nice is about "wanting to be older" is visually distracting and can get annoying.

I also can't seem to disable it. I have the "Behind the Lyrics" feature disabled on my phone and the option isn't present on my computer, but it still plays on Chromecast. Is there a way to do this that I'm missing, or can you please add one?

Since yesterday, Spotify shows these stupid Genius texts (if they are available for a specific song) everytime I cast music to my TV from my iPhone. Same thing when using my mother's iPhone:

The Genius option is disabled on our iOS Spotify Apps.

How can I get rid of this?

Thanks for coming to the Spotify Community! We're sorry to hear you're having trouble.

Could you let us know:
- The exact version of Spotify you're using,

- The exact version of the operating system that you're running,
- and, your Chromecast model?

We'll see what we can suggest.

Do you guys think you can make it so that if you are listening to a clean version of a song that the text in the genius is also censored?

Yes, please let me turn this off! I don't care about "behind the lyrics".

I quite like the lyrics apprearing, but it is pointless if you keep cutting to behind the lyrics. 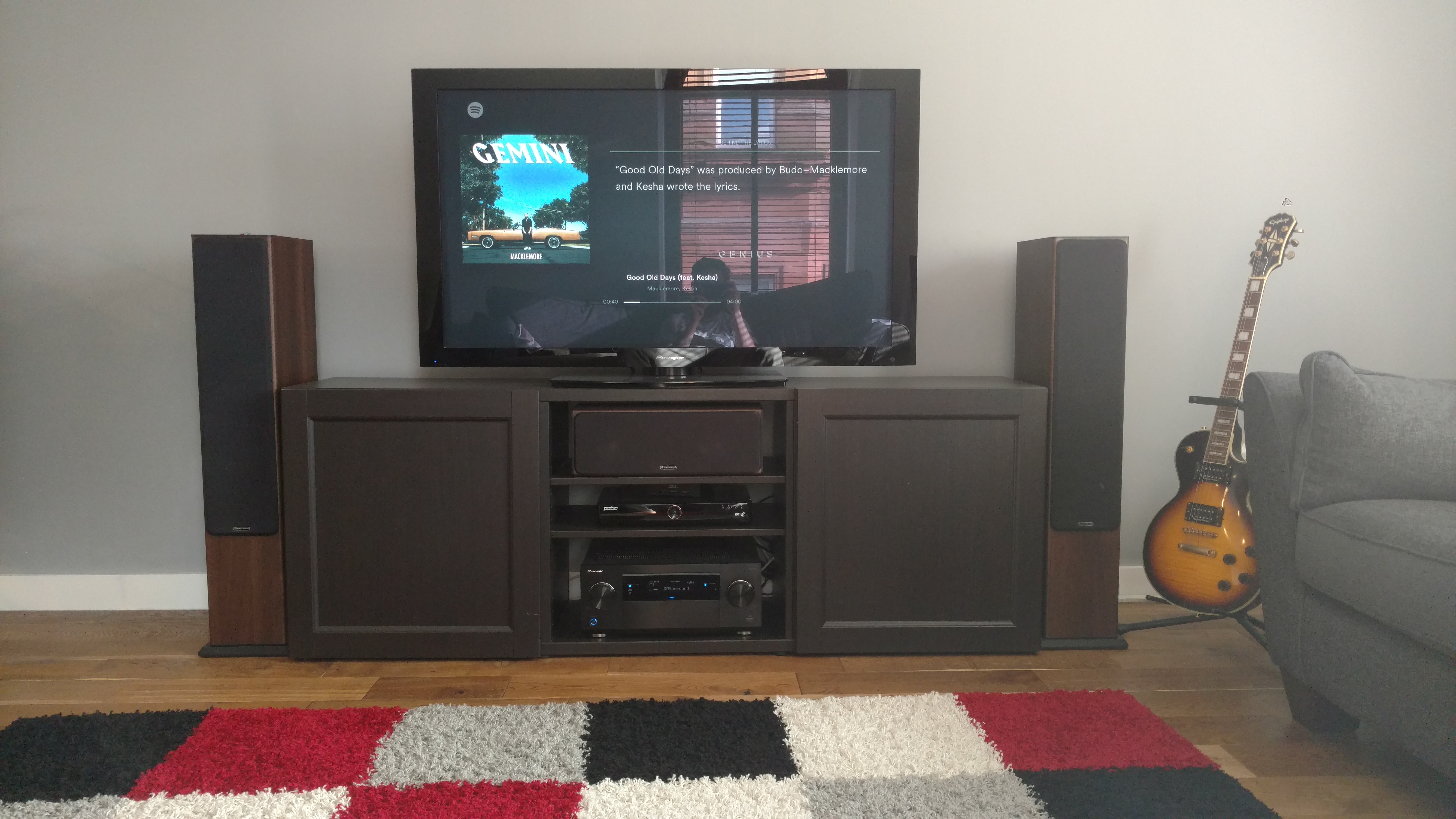 Any updates on this? Just started noticing the "behind the lyrics" on my Chromecast and it's really annoying, especially because it shows up for some songs and not others .

Why get my replies deleted???

I tried re-installing Spotify on my iPhone. But that didn't fix the problem.

I also got a Nvidia SHIELD today that has the Google Cast feature included (same feature as in Google Chromecast). But guess what, the Behind the Lyrics (Genius texts) appear there also, when listening to Spotify via the Cast option.

So I think this is not device nor Cast Firmware related but Spotify has to fix this issue. Any ideas on that, @Melody ?

Hi Melody, thanks for the response. Here are my specs:

Are the lyrics supposed to not display?

In the meantime, I got a Nvidia Shield which has the Google Cast feature also. And guess what: The Behind the Lyrics texts appear on it, also. And the Shield is running a different version of Google Cast. So it's Spotify that has to be fixed.

It looks like right now, this is expected behaviour. Although you can disable Behind The Lyrics on your phone, it will still currently show on your Chromecast.

Rest assured we've passed your feedback about this directly on.

Thanks for sharing your thoughts on this, and let us know if there's anything else!

Thanks for your effort, Melody.

It would be great if Spotify added an option to sync the Behind the Lyrics setting so that Genius texts won't appear when streaming with Google Cast.

Okey, from january I still can’t disable this really annoying function. I pay the fee regularly I’m a premium user why I have two wait for the solution two month or more? Don’t do this Spotify I love your streaming service, but I’m really thinking to change to Apple Music because this genius thing.

My solution to this was actually to unplug my chromecast and just use my PS4 for all my media needs instead (works great actually because wifi is spotty around my TV and I can run internet for the PS4 via ethernet).

behind the lyrics can be turn off on the iphone app but when you try to cast on chromecast the feature is back again. please try to solve this problem fast

I turned behind the lyrics on account setting, but it still shows up on the screen. Is Spotify too lazy to fix this easy problem? It’s rediculous, can you fix it now? What am I paying fees every month for? Hurry up

You'll have to play "less popular" music if you have an event. Be careful when you throw parties and kids are there and the "behind the lyrics" says pretty dirty things and some nasty language.... Really bad move Spotify

Any news on this issue?

Calzoned
Regular
None. I am pretty disappointed that this issue still remains.
--
____
Yates
Reply
12 Likes

This topic and many others were closed without a solution

TV / Chromecast still shows "behind the lyrics" although it has been disabled in the spotify app settings on the iPhone.

please fix as it has existed for a year or longer 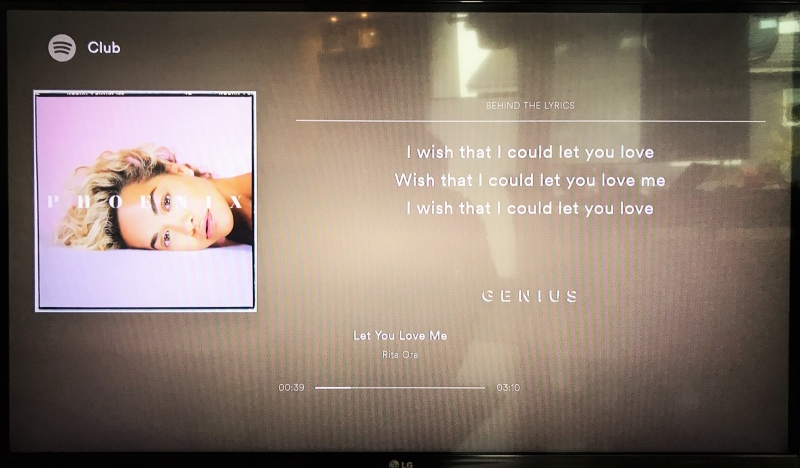