I have filtered my songs for "Ed Sheeran" and played one of the songs on a Samsung smart TV(not Android but maybe the issue is reproducible on other platforms as well) after the first song, the next is played from the filtered list but it displays that a different song is played(the one that is in my Songs list next to the one playing before, not the one in the filtered list) - the same appered on my phone as well(iOS with Spotify version 8.4.46.736)

In the image: It was playing "River" and after that started playing "Perfect Duet" but was showing "El Bano" which is next to "River" in the original list(not filtered) 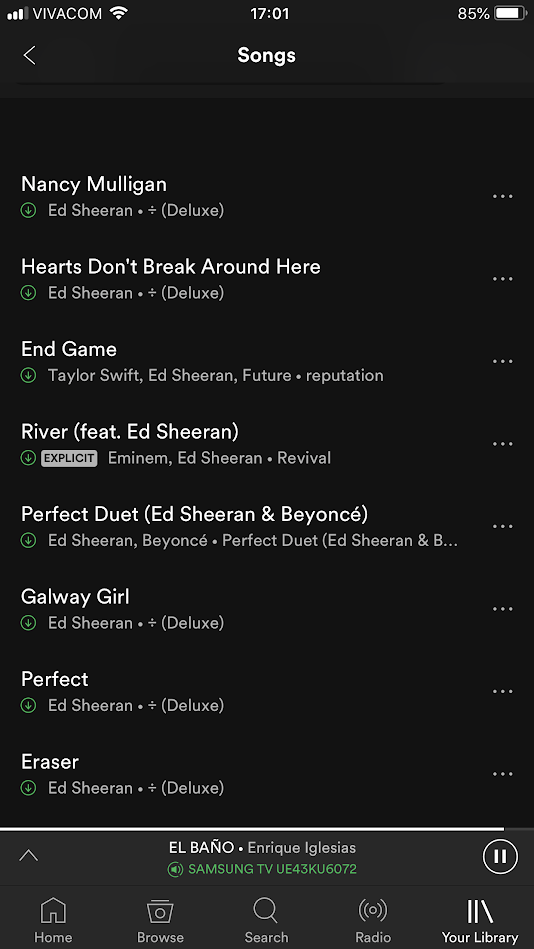 Are you still experiencing this issue?

If yes, please try to check if there is an update for your app available that might fixes this issue. ^^