I'm really into Japanese 80s pop and Japanese music in general. But I've never been able to listen to any Japanese music on Spotify since they've never had any (at least not any artists I frequent) only recently I've seen that they've added a couple. I happened to find some Japanese artists on Spotify but it doesn't seem to let me listen to any of them as the image shows.

I don't know if this is because it's not available in my area or something like that, I just wanted to know a why. 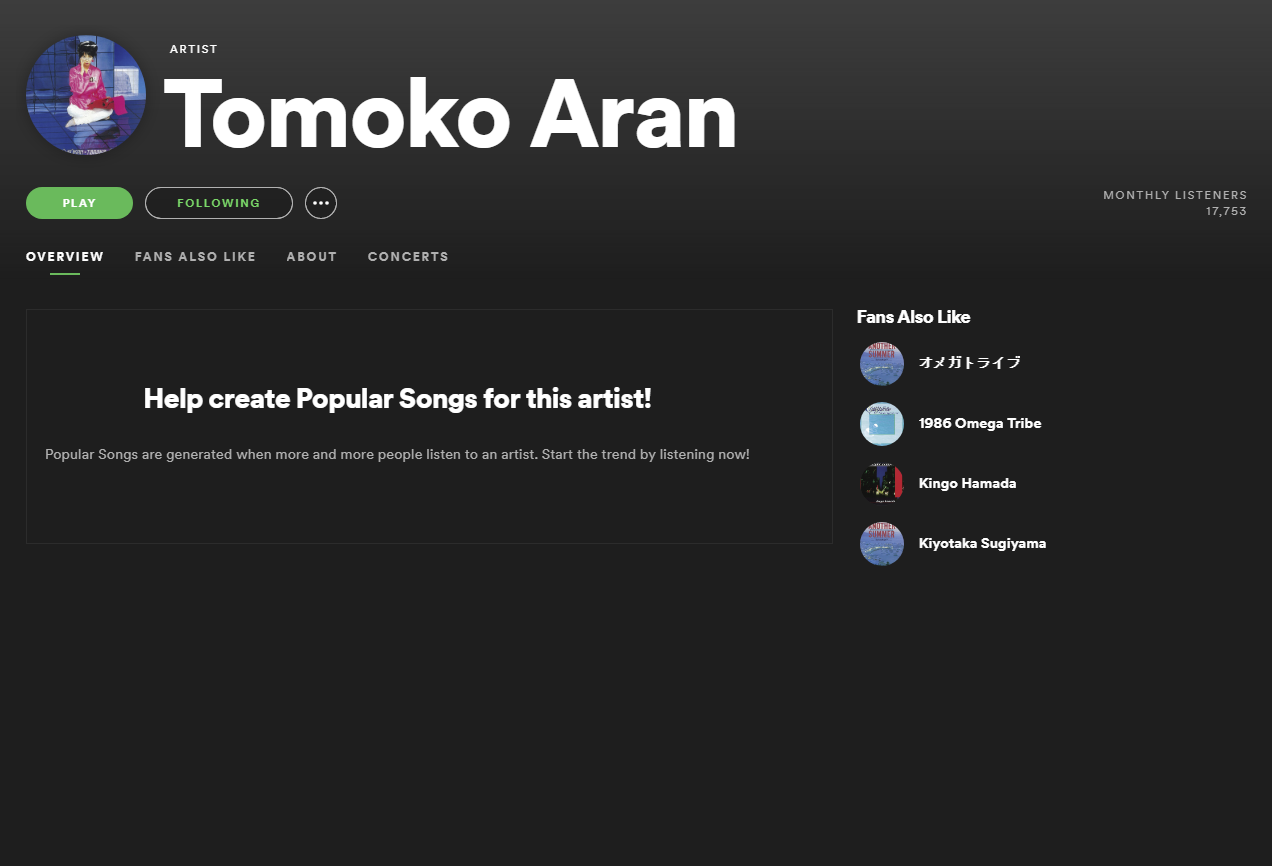 It is because they dont have music rights to play these songs in US.