My Liked Songs playlist keeps mixing up for some reason. I prefer my songs to be sorted by recently added and the albums I listen to are now all over the place.

For example, the picture below shows the Beatles' Rubber Soul album, after Drive My Car, Norwegian Wood is meant to play but the whole album is completely mixed up.

My app also freezes for a few seconds and isn't responsive when I try to access the album from my liked Songs playlist. It eventually fixes itself but it might be linked to the mix up in songs.

Was wondering if this is something specifically wrong with my app or if it's a wide issue and also if I can fix it. Thanks. 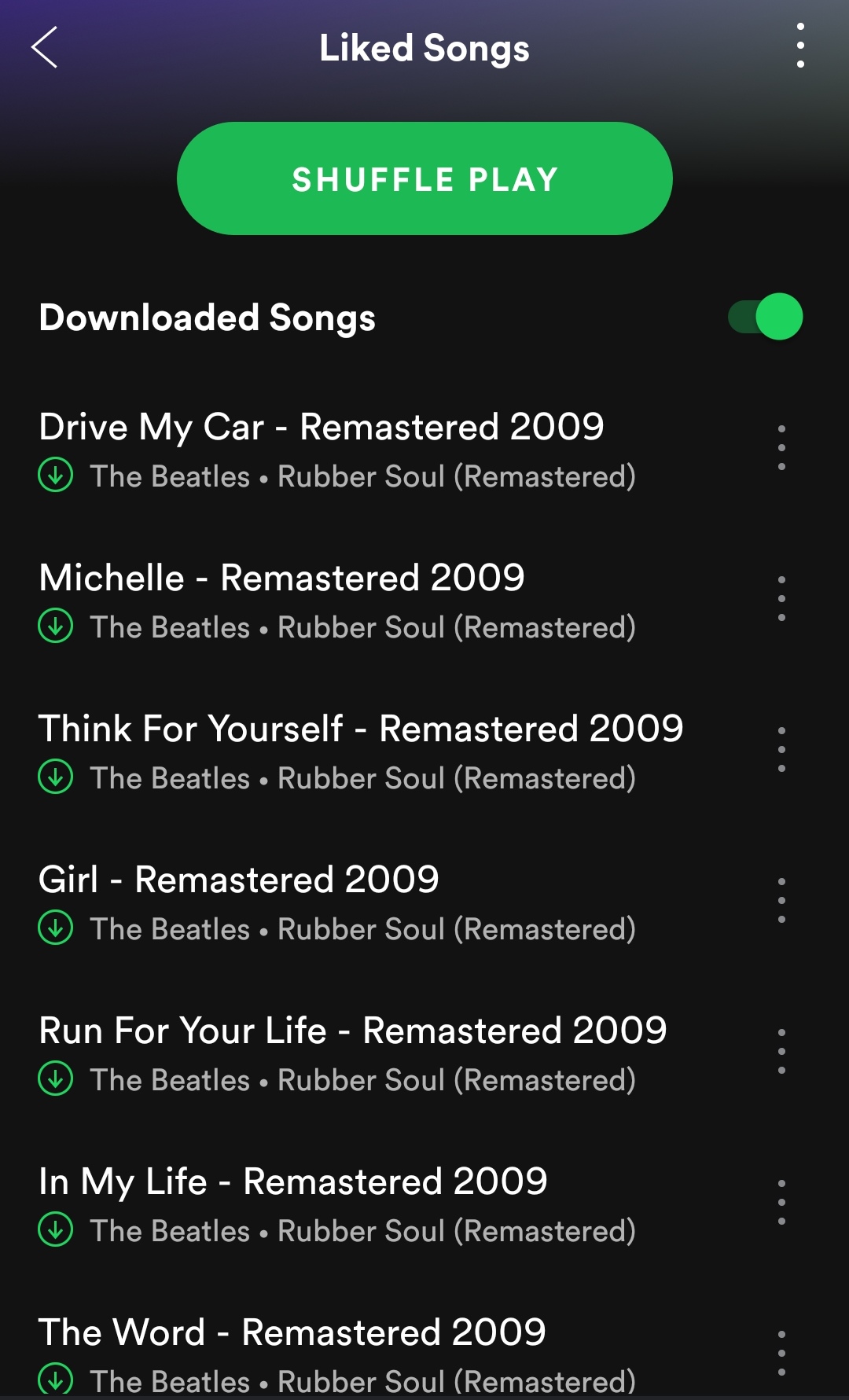 Reply
1 Like
1 person had this problem.
Reply
Topic Options
2 Replies

I did have the same issue, while I haven't found a fix per say I might have found a way round it, when I checked the Spotify app on my computer everything was where it should be, so I created a new playlist on the PC, selected all songs and added them to the new playlist, they are all now in the right order on my phone under the new list.

You can also pull down the list further to reveal the filter where you can choose how to sort the list.

Hope this helps! Let us know if you have further questions.