With the new album UI Spotify just released on iOS devices, there is a small translation issue I’ve noticed with the language Italian.

The new UI seperates whose album is it and the release date with a small dot between them. As previously it wasn’t like that, there is a small (kind of word) separator between them before the dot that should be deleted. It’s “del”. See it for yourself below. 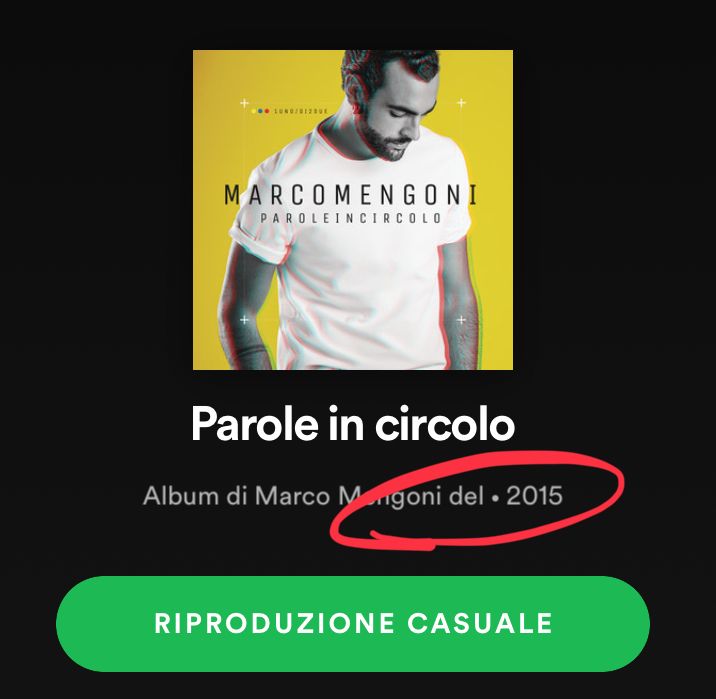 That del should be deleted as it has the same meaning with the dot (or viceversa).

Thanks for reporting this!

If you're experiencing this, please make sure to add your +VOTE to stay updated.

We'd also like some additional details so we can get this reported to the right teams:

sorry for the late response. I was not informed about your response. Anyways. Below are the details you requested.

Thanks for reporting this to us and for providing us with that information.

We've passed this on to the right team, who are currently looking into it.

We will let you know as soon as we have any updates on this.

Thanks again for reporting this issue to us.

We just wanted to let you know that the right folks are looking into this.

We're not able to provide an exact timeline for a fix, but we'd recommend always keeping your Spotify app up to date to ensure you're on the latest version.