My Question or Issue
I have a playlist, which loads the first around 30 songs, then it just doesn't load the rest of the list. It does play the songs though, I just have to play the last song it shows and press Next until I get the song I want. Other playlists work fine. The issue has been going for two days now.
The issue shows on web player, but not on phone. I don't have the app on my laptop because it kept lagging so much (kept cutting the music and nothing helped). Until now the web player has worked fine. I tried logging out and logging back in, but it didn't help.
I deleted One song from the list, it kinda loaded some of the list again, but now if I press to Play a song, it plays the song above it? In the attachment pic you see the loading symbol which just keeps going,and when I press play on Just one yesterday, it plays Ride with me? re-clicking does the same? 😄 what is going on with this playlist?? 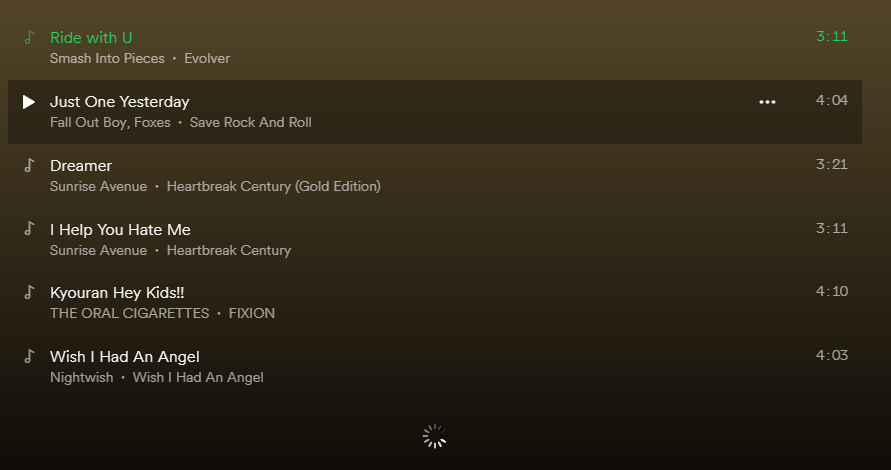 Actually this seems to be a known issue which is under investigation right now. You can read more about it and get the updates here🙂

Actually this seems to be a known issue which is under investigation right now. You can read more about it and get the updates here🙂

Ohh I see!
Alright, let's hope it gets solved quickly. Such a weird issue 😄 thank you for the answer!!

Mantisentil
Community Legend
You are welcome 🙂 You can mark the reply as solution so other peoples questions about the same issue will be answered. Take care 🙂
Reply
0 Likes