Could you give us a little more details of what's happening. Do you mean that any album that is saved to Your Library is missing on the respective artist's page or do they disappear after viewing them and then navigating back to the artist page as described in this thread?

XeniaModerator
Help others find this answer and click "Accept as Solution".
If you appreciate my answer, maybe give me a Like.
Are you new to the Community? Take a moment to introduce yourself!
Reply
1 Like

both seem to happen

Link85
Music Fan
I think I have noticed a related issue : see here
https://community.spotify.com/t5/Your-Library/Saved-album-discrepancies-between-library-and-artist-p...
Sometimes I see album "X" by artist "A" in my "Albums" list, but when I go to "A"'s page the album "X" is not shown as "liked" (this is true for songs in "X" as well).
Reply
0 Likes

Could you tell us if this is happening across all of your devices - desktop, phone, web player?

Also uploading any screenshots of what you see on artist pages and what you see in your Library would be helpful.

In the "Albums" list, you can notice the album named "In the red" (far right).

If I access the album from that list, I can see that the album and some songs are "liked" : 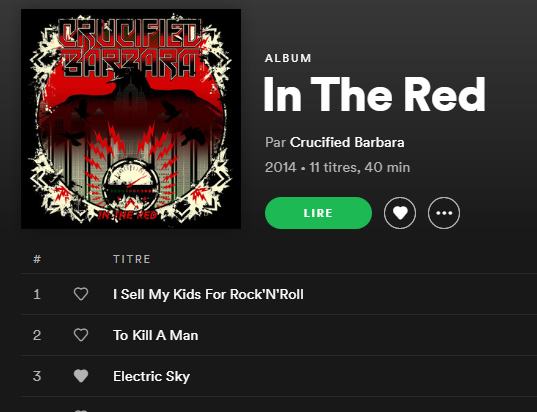 But nothing shows on the "Artist" page: 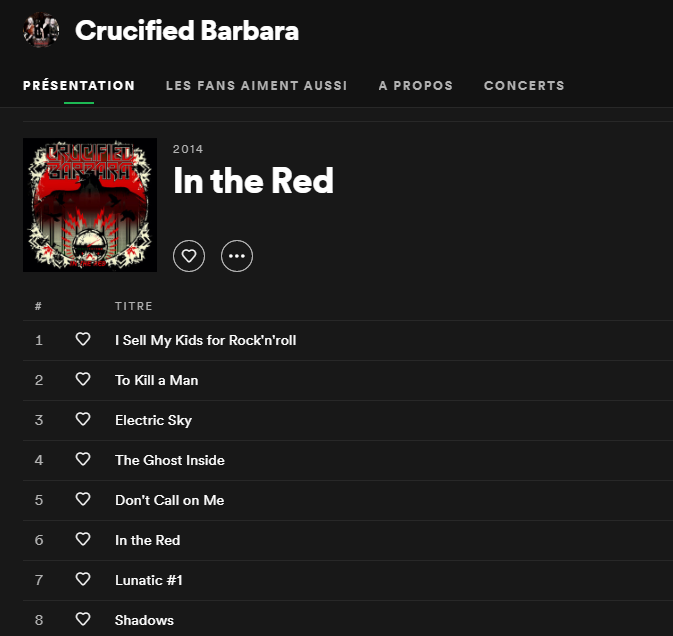 But there's nothing if I open the album in the "Artist" view:

And the album from the "Artist" view:

What's interesting there is that URLs are different, as if those were two completely different albums:

Link85
Music Fan
I have posted an answer, but it is it still pending approval.
Yes, it is happening across all devices.
What's interesting is what I see on the web version.
If I go on the Albums page (URL /collection/albums), I can see the album "In The Red" band the band "Crucified Barbara". If I click on the album's page, I land on a page (/album/2Bsxn8SZPjvafoYm15MxwQ) where the album is shown as "liked" and 2 songs are "liked" too.
If I go on the band's page (/artist/5IHkB1o1qNXwLPe55WWTEH) and access the album's page from here, the album is not listed as "liked" (and no songs either). Its URL is /album/0zRzFNDcZM8WsvxB7PRgzK
It looks like those are considered 2 enterily different albums, whereas only the 2nd is listed on the band's page, not the 1st.
Reply
0 Likes 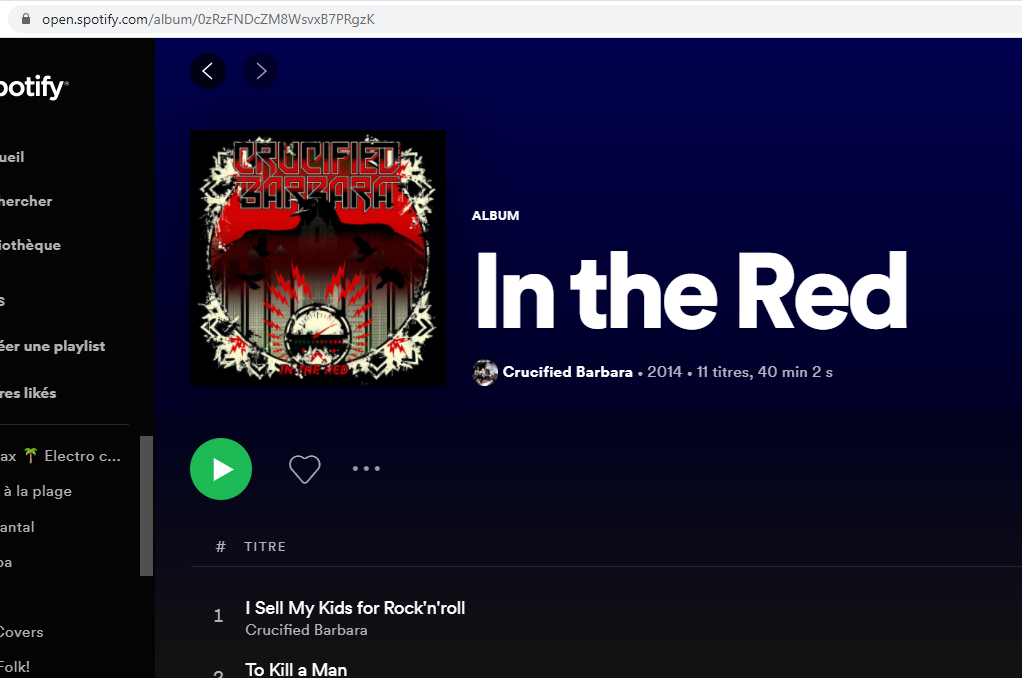 There's currently an ongoing issue about this. You can leave a +VOTE and Subscribe to the thread for any updates.

After reading the post you linked, the problem is not the same at all.
I outline a discrepancy between the "Albums" list and the Artist's page.
They are talking about a "Saved songs" section not showing anymore on the Artist's page.

Thank you for your post. We're sorry for the misunderstanding.

There are two albums on Spotify under the same name (hence the two different URIs) - which is the reason the other is different and won't show up as liked.

Link85
Music Fan
The problem is they are *not* different albums, precisely.
Same artist, same title, same songs.
The album "liked" in my Albums list cannot be found anywhere else: not on the Artist's page, not using "Search"... nowhere. Only the """other""" album can be found.
And there are 10s if not 100s of albums in that case, in my library.
Reply
1 Like

Sometimes what happens is that a certain album/song will be taken down from the platform due to licensing issues. After that the album/song might be reuploaded with different metadata - same name, length etc., but different address in the database of the service. This is what probably happened in this case.

What we can suggest is that your report this following these steps:

This way, the team responsible for the content management of the platform will get informed and hopefully resolve this.

Hope you find this helpful 🙂 Don't hesitate to give us a shout if you have more questions.