Content Warning: Batman Unburied and the discussion around the show will contain mention of death, trauma, murder, and visceral injury and emotional distress. Please proceed with caution.

Today's the day. As the Bat-signal hangs in the air, we're celebrating the release of the highly-anticipated new Spotify podcast series... 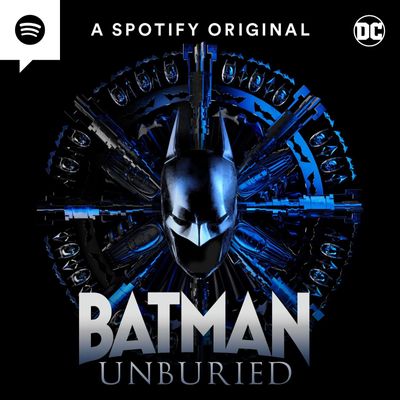 Batman Unburied presents us with a terrifyingly twisted new villain haunting the streets of Gotham—brought to us by a mega-watt cast, including Winston Duke, Hasan Minhaj, and Gina Rodriguez.

If you've heard enough and wish to jump in as cold and fresh as possible, you can jump headfirst into Gotham city with the first episode here.

Otherwise, keep reading for more on the background of this new era of Batman and Gotham.

Batman Unburied is a new Batman story. A psychological thriller with a true crime tint, Unburied subverts everything you previously knew about the Bat, the Wayne family, and the city they call home.

A steel lamp sways listlessly to and fro. The room is cold, grey, and still, much like the corpse lying on the examiners table stationed in the center. Under the flickering light, Dr. Bruce Wayne puts himself at the mercy of Gotham's dead, hoping to uncover the many mysteries that keep sending him new clients.

The Bruce Wayne we meet in Batman Unburied begins his journey not as a billionaire playboy, nor a vigilante seeking to sow fear into Gotham's seedy underbelly. No, in Batman Unburied, we meet a deeply sympathetic and emotional man; a man who chooses to hunt assailants by putting himself in the shoes of the victims laying before him.

So when a deranged and meticulous killer earns the title of The Harvester due to his tendency to remove specific organs from his victims, Dr. Wayne takes it upon himself to track this man down through his work as a forensic pathologist.

Hasan Minaj as the Riddler

Alongside the release, Batman Unburied is releasing simultaneously across 9 different languages. That’s right—along with the original English-language script, eight adaptations of Batman Unburied will also land in Portuguese, French, German, Hindi, Indonesian, Italian, Japanese, and Spanish, complete with all-star casts in each language.

With the first two episodes of the 10-part series releasing today, we're jumping straight into the mind of Dr. Bruce Wayne, and we hope that you'll join us.

If you're still curious after episodes one and two, stop by our Deep Dive on the show, where we have more from the cast and characters, similar stories, and other tales of crime and heroism.

After listening to the first two episodes, let us know your thoughts in the comment section down below, or join our Spotify Podcast Discord Community to join the conversation. Welcome (back) to Gotham. 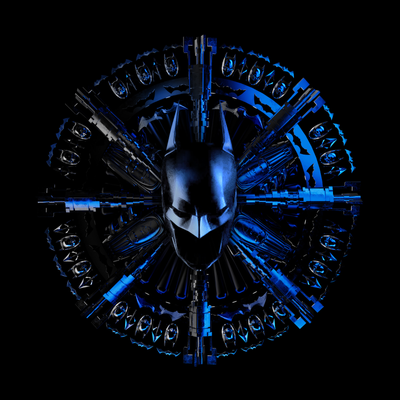 First off, this podcast is FANTASTIC! I am loving it so far. This unique take on Bruce Wayne is SO GOOOD, I'm excited to see where this story goes! 😍

And [Possible SPOILERS] whether what's happening to Bruce and Gotham with The Harvester is real or not. 🤔

geovanebento
Rising Star 1
Wow, I really enjoyed this podcast. The production is incredible, I had the feeling of being there experiencing reality along with the characters.
geovanebentoSpotify Star
Help others find this answer and click "Accept as Solution".
If you appreciate my answer, maybe give me a Like.
Note: I'm not a Spotify employee.
Reply
0 Likes

I need to know when the new season its coming!!!😭😭

Wow, so excited about this, guys.

It will take both Bruce and the audience awhile to figure out who the real bad guy is." The first two episodes of Batman Unburied are live now on Spotify, with subsequent installments of the 10-episode series arriving weekly.

So more details to contact on my site Loulouka Formula.

I really need to know if the PodCast will comeback is not possible that it ended up like this it was a major! Cliffhanger😭