Online Voting project  current Status 78,8% of the participants stated a clear NO to deleting the protest song...

By the way, personally I‘m not a Rap music fan at all and I don’t share each point of the message from the lyrics, which are critical regarding the COVID-19 measures of the German regime..

But I‘m a fan of freedom and at least art and music is a way to express freedom.

Now for me the question came up, are the German authorities such mighty to set a global music provider as Spotify under pressure to block uncomfortable content? Or was the blocking of the song a decision from Spotify itself?

Let‘s start a open, respectful and honest discussion, if we should support and pay for a platform which block content that political message doesn’t fit in the Mainstream?

It would be highly appreciated, if Spotify staff or moderator  join and describe their point of view on this issue.

Don‘t forget and learn from Germany’s dark history 1933-1944 where the regime decided if art ist valuable or not. 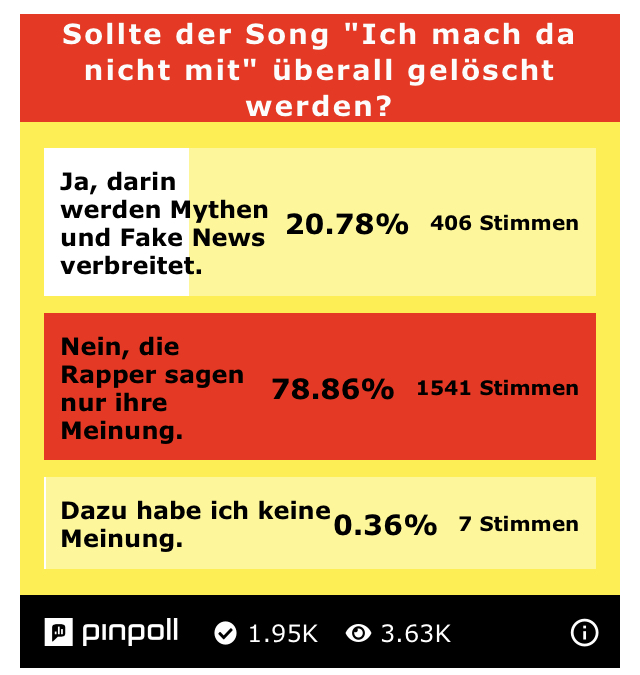