If you guys are still getting emails whilst unsubscribed, get in touch with the customer services team directly using the online contact form and they can double check your settings. These issues are almost always caused by having a duplicate account hiding somewhere.

If you get an automated email reply back directing you to the community or help pages, you need to reply directly to that email (even if its from no-reply) and one of the customer services agents will get back to you as soon as possible.

Brilliant news, the addition of Oasis. I have all the Oasis albums and nearly all the singles bar 2 or 3 but I cant be bothered uploading them to disc and refuse to pay for downloads of something I already own. I subscribe to Spotify for access to a variety of music that I would never buy otherwise so it expands my horizons but now to get access to Oasis means I can now listen to Oasis on the go and I will be listen to them a lot now.

Now, just add the B sides from all the singles Oasis produced some great B sides even on there most recent singles. Some that come to mind include,"(As Long as They've Got) Cigarettes in Hell",  "carry us all" from "Sunday morning call" single, "Let's All Make Believe" plus my two favourites from older singles include, "D'yer Wanna Be a Spaceman?" and "Flashbax". Furthermore Oasis did some fantastic covers fetaured on singles cd's inclduing "One Way Road", "Street fighting man", "Heroes" and "talking about my generation".

Please add these to complete the Oasis collection 🙂

Please, please, please, stop sending me Newsletters or announcements of new music. I like Spotify's service but I am not at all interested in extra news and the suggestions are always uninteresting.

I have unsubscribed many times and this has no effect.

How long ago did you change the settings here to "never"? If you still receive emails after a few days, get in touch with the support staff as mentioned above by Peter.

Hi there, can you tell me how I can get my artists featured on the new music mail out?  I have a new release out next week...

this is the press release... 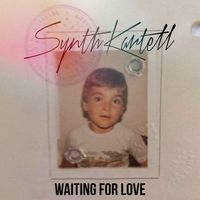 Top producer, DJ and artist, SYNTHKARTELL is based out of Norway. Having produced many top European hits, last year he produced the number 2 HIT “Sky” for Aya Romano and Waiting for Love sees them continuing their successful collaboration.

GRAVITY will be a progressive move forward for  EDM. SYNTHKARTELL has a big following in the EDM world and has DJ’d worldwide to up to 70,000.

@dandanmusicman - Having a look around, the artist website says:

I am not against receiving a useful newsletter email. It needs to be relevant to the music I am already listening to on Spotify - not just some general rubbish that happens to be on there.

The irrelevant emails I am currently getting actually make me feel like I don't want to 'search/browse' to find something new because I would have to wade through so much rubbish to get to what could be of interest to me.

They are automated anyway, so they should be able to pull/display content relevant to things I have been listening to recently - or at the very least the 'category' of music I am listening to; in my case Soundtracks, I rarely listen to pop music so showing me lots of content that I don't care about only serves to annoy me.

TheEponymousBob
Regular
If I'm to be honest, I would really love it if those in the position of deciding what new features should take priority could stop fixating on "new looks" and address the _astonishing_ fact that users (at least mobile users if not more) cannot rearrange their playlists alphabetically.

As a developer myself, I cannot see any reason for this to occupy Spotify's development team for more than a week at the outside; yet we've been asking for it for years now. And, of course, the longer it takes, the larger and more unmanageable our playlists grow.

Seriously—we've asked on forums (page after page); I've asked countless times on Twitter; but there's bpeen total silence. If it really is that hard, is there any chance you could at least tell us so?
Reply
1 Like

So you like to annoy me once in a while. I also set my profiles for no SPAM. I have made it perfectly clear i want no contact. I hate spammers making me unsubscribe,I never subscribed in the first place.