YordanModerator
Help others find this answer and click "Accept as Solution".
If you appreciate an answer, maybe give it a Like.
Are you new to the Community? Take a moment to introduce yourself!
Labels:
Reply
13 Likes
Reply
Topic Options
146 Replies

I'm having the exact same problem as the people in this thread:

But according to the thread they already fixed it, i have the most recent version instaled and the issue just showed up.

Already tried a clean reinstall and loging off 2x.

Thank you for reaching out to the Community and welcome.

According to the Ongoing issue you've sent, this should be fixed now. To keep investigating your case, could you include in your next response the Spotify version you're currently running on your device?

Also, it would be great if you could test it on a different device to see if it makes any difference or if the issue is still persistent. With this, we'll have a better look at your issue to help you further.

OscarDCModerator
Help others find this answer and click "Accept as Solution".
If you appreciate an answer, maybe give it a Like.
Are you new to the Community? Take a moment to introduce yourself!
Reply
1 Like

Hello, i'm on version 8.7.32.1554 and the problem is still here. Same problem on the browser and other devices.

We realize that this change could be disruptive to your usual app use.

Hope this info clears things up.

I believe that's not exactly my problem. The problem is that the actual songs are not being listed in any playlist i create, so i am unable to play it.

I can only edit it and if i click in "much more" or "see more" it  will only show up song previews. 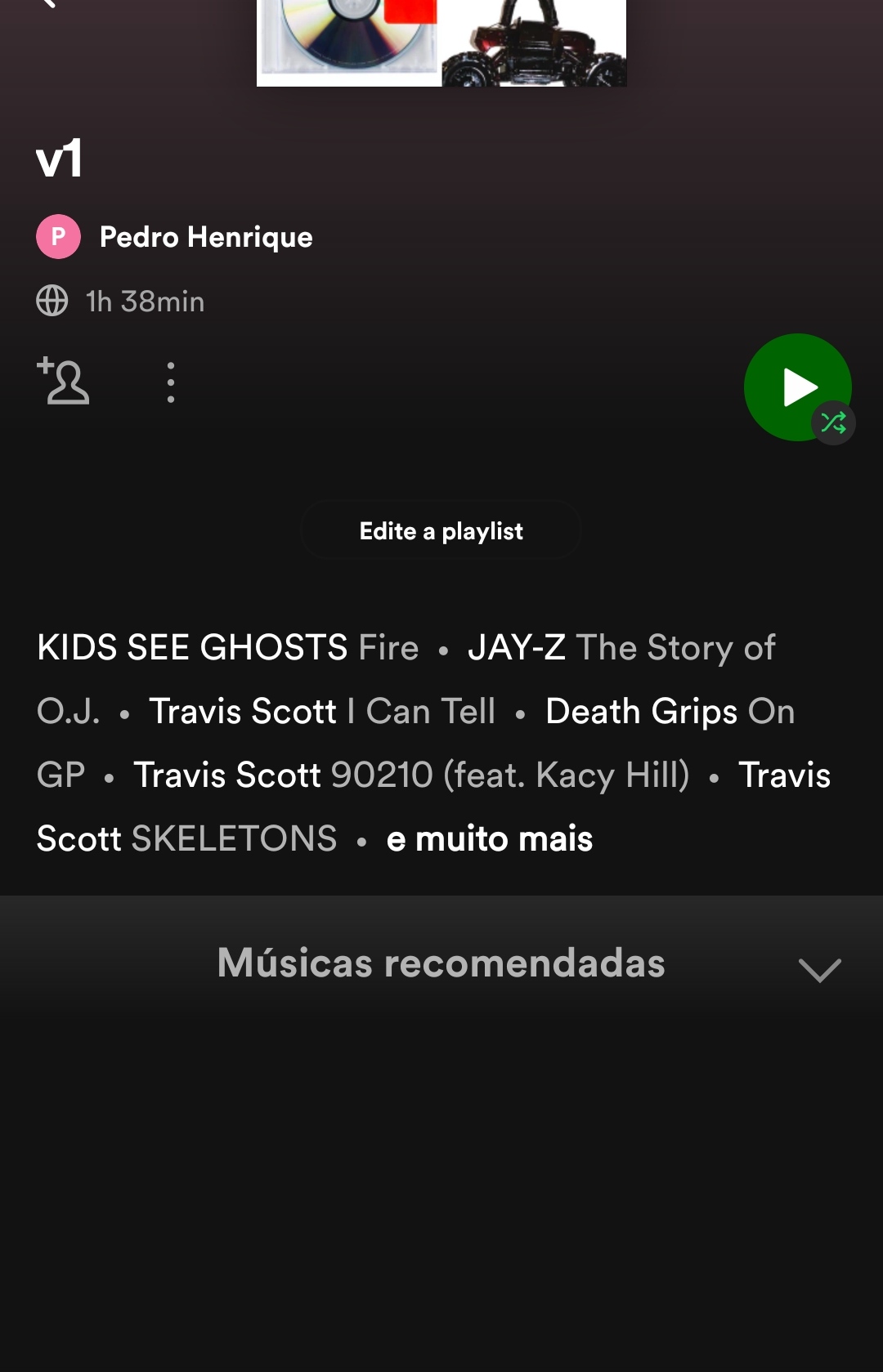 We can confirm that this is expected behavior of the app on mobile devices with free accounts, since play on demand is a Premium feature. This isn't the case in the desktop app and web player, where you can see the list of songs and play them on demand.

If you're also experiencing this in the web player or desktop app, could you send us some screenshots to take a better look? You can attach it to your next response by using the Insert image option in the post editor. Make sure not to send any private info. 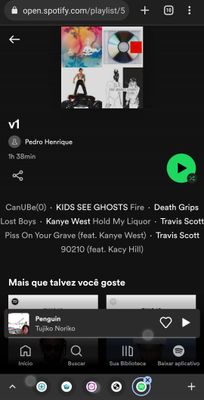 Thanks for the screenshot.

The web player on a desktop device behaves differently.

DianModerator
Help others find this answer and click "Accept as Solution".
If you appreciate an answer, maybe give it a Like.
Reply
0 Likes

OG_Tacoman
Casual Listener
Whenever I try to click on a playlist it wont allow me to, aswell as my own playlists it only allows me to edit them and not play previews/ look at the cover art
Reply
11 Likes

I’m currently on a free plan,

i have an IPhone SE and uh the system is operating 👍🏽 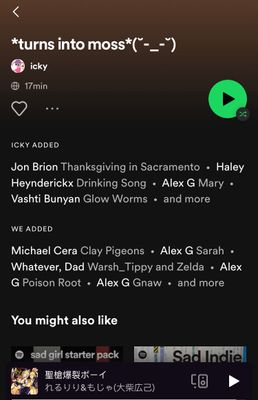 this is just very strange because before I was able to look a playlists, it’s also the same for looking up songs etc 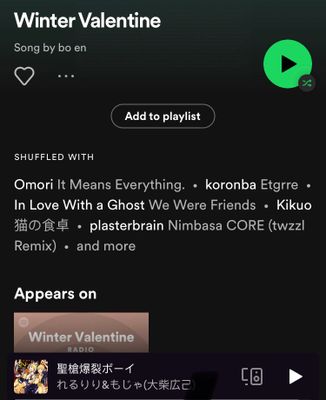 HOPE YOUR DAYS BEEN GOOD THO 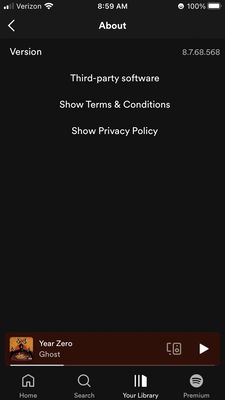 Im still encountering a problem where I can’t see the “shuffled with” when I search A Song though. THANKS FOR THE HELP AGAIN 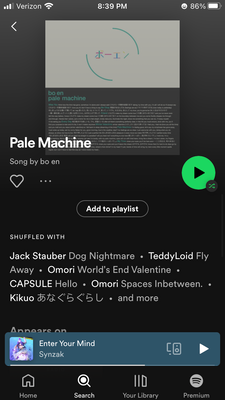 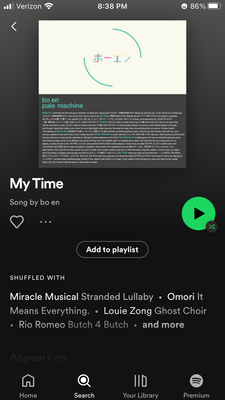 yes I tried it with another persons account on my device and they were able to view shuffled with Songs.

I added visual examples of mine and the other account

When I open a playlist and click edit playlist, it shows up differently. Instead of seeing the album picture, song name, and artist name, I can only see the song and artist name. Does anyone know why this is happening or how to fix it?

For some reason today whenever I tried to view the songs in my Spotify playlist it wouldn’t let me preview, hide them, or add them to other playlist it simply gave me the option to remove them. Is this a new update or something? No one else has it. Whatever the case this new layout is really annoying.

the extracted mode button to access the playlists is no longer there since the last update. how do I view the songs in a playlist and like them.

Bring back the possibility to see the whole playlist and listen to previews of the songs. It was possible until the latest update. Now I'm only able to edit my own playlists and not see them otherwise.

If I click on a playlist (android) I can't veiw and preview songs anymore. If I want to add a song to my playlist, I have to happen to be listening to that song. Is this an update and a new disadvantage for free users or is this a glitch? 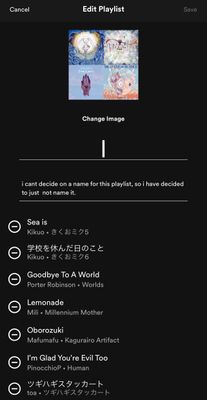 Not to mention that you can no longer like songs on playlists, meaning that now you have to jump through 10 hoops to like a single song.

What is it with Spotify's obsession to "fix" things that weren't even broken in the first place? This update was completely unneeded. I used to have alot of fun making playlists and going through other peoples to find new songs, but now it's just infuriating.

I hate to be rude, but the developer team seems to ruin everything they touch. Every new update that comes out is disappointment after disappointment.

Is there anyway to revert this at all? If this is some type of "push this feature out to a few people to see if it goes well, then push it out to everyone later if it does" thing, I want to know if theres a way to opt out. And if it is that, I want to beg Spotify to not push out this feature to everyone. It's a horrible change to playlists, and it has more downsides than benefits.

Yes this new update has to be the worst one yet