So I was adding songs to some playlists on the desktop version recently, then when I went to download a new playlist, I discovered that it had synced most of the changes to the mobile version, except for 2 playlists. One of these playlists is one that I’ve been listening to and updating regularly since I first got Spotify, which is missing all the songs I had just added on mobile, and the other is one that I had just made to put a bunch of new songs into, which was completely empty on mobile. I logged in on a web browser to see if anything was any different there, and found that no changes made on any of the 3 versions would sync to anywhere else. I’ve also found that if I add a song to a playlist on one device and attempt to switch to another device while that song is playing, it just stops playing and I get a message about how Spotify can’t play the song right now, even though the same song is on both devices, it isn’t in the same playlist on both devices. I’ve tried switching both the desktop and the mobile versions to offline mode, waiting for about 15 minutes, then switching both back online. I’ve tried logging out and back in to both versions. I’ve cleared the cache and undownloaded my whole library on both versions. I’ve made sure both versions are on the same Wi-Fi network, since I have 2 to choose from, and tried all of the above on both of those networks. I’ve straight up reinstalled both versions. Nothing has helped.

Additionally, I’ve been having some issues with local files on the mobile version for a while. While I can import the files on desktop and download them on mobile just fine, some of the files I have downloaded on mobile seem to just randomly become almost unavailable. They all play just fine for a while, usually a few weeks, but then some songs randomly become greyed out, but keep the green “downloaded” icon. In this state, the songs can still be played, but only when I select that specific song manually. If one of them is queued, it will briefly show on screen and immediately skip every time the queue gets up to that song. The only fix I’ve been able to find is to completely remove the affected song(s) from Spotify, including every playlist I put them in, and put it back in from scratch, which can be very tedious sometimes. However, until the other problem is fixed, this method won’t work since the “unavailable” songs are only an issue on mobile, but can only be removed and reimported on desktop.

I have premium, but I only switched to Spotify for a few small quality of life features that were only available with premium. I really don’t want to have to switch back to what I was using before, but that’s starting to look like the only reasonable option.

I've had the exact same problems, only amplified recently. The files becoming unavailable on certain devices was unintentionally solved while reinstalling the IOS app while working on the playlists not syncing. Two songs were unavailable for the longest time and only became available once I did that, but the playlists are still nowhere near close to synced.

When reinstalling the app, my liked songs reset back to the count on my PC (3160), but any time readding songs to my Liked Songs on mobile only increases that count on mobile. Alongside that, multiple playlists with local files weren't synced even with the reinstall. (Count is 646[pc] vs 619[ios)

I technically can just be on top of just liking songs at the same time on both devices, but that is something I am not always able to do. I'm at my wits end here, so any ideas would help immensely.

(Also note for Spotify Community, having an odd number of attachments makes comparisons like the one provided harder.) 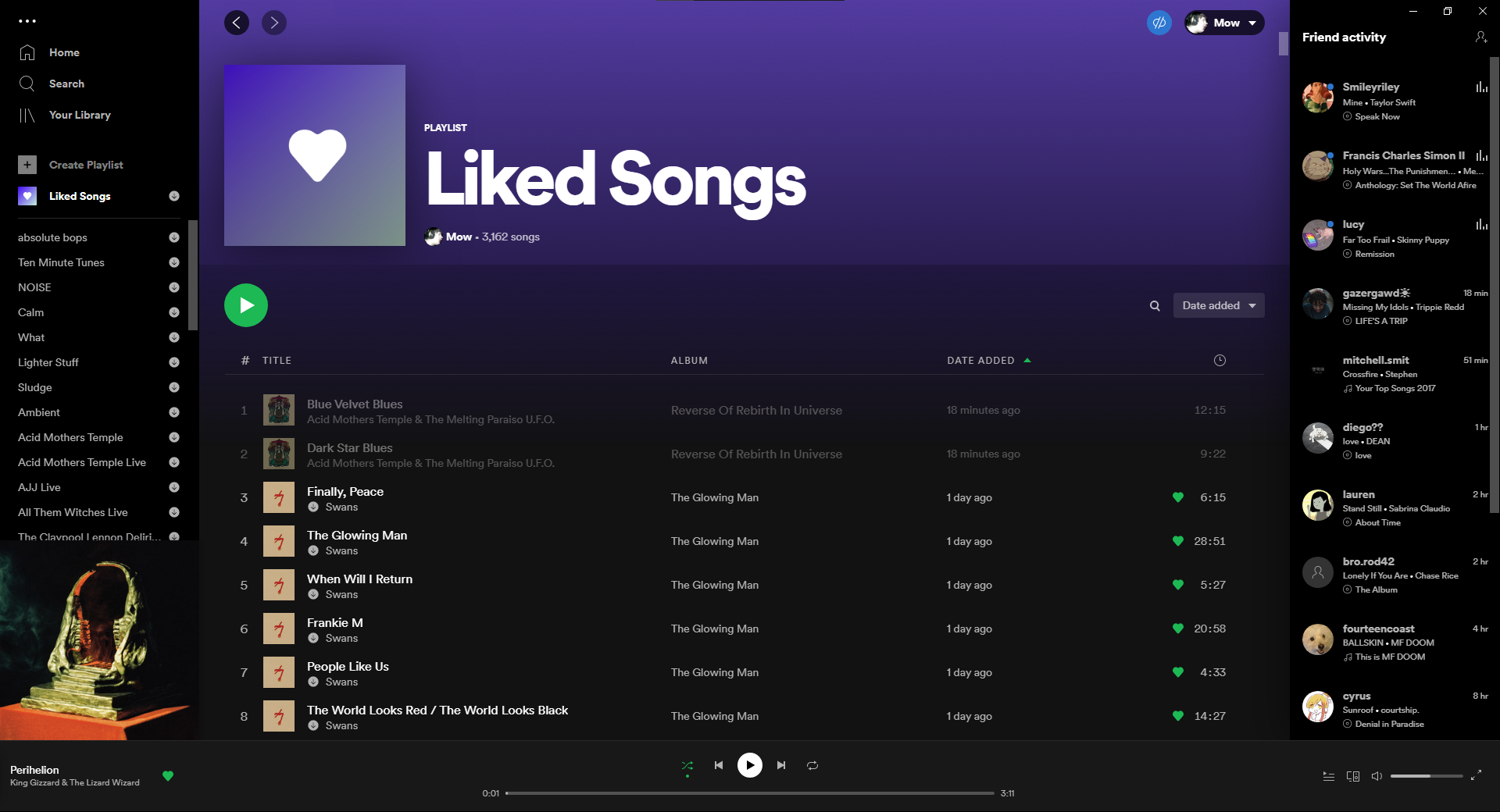 We understand you've tried reinstalling the app, but could you try again following these steps? Those are for a clean reinstall, which is more thorough than a regular one and can be helpful to remove any corrupted files that might be causing trouble. We also suggest downloading the app again from the Microsoft Store.

It's also worth a try restarting your routers by unplugging them for a couple of minutes to see if that helps.

Keep us posted on how it goes.

Hello, recently I have run into quite a hefty problem that I have not been able to find a solution for yet. 3 days ago, I attempted to add some local audio files from my desktop onto spotify, which I then intended to download and use on my phone. This is not a new action for me as I already had a few Local File-only playlists made and used often. The new playlist itself showed up on my phone no problem, but the local files themselves did not appear at all. To make sure I wasn't losing my mind, I proceeded to add a normal song from the spotify database to the playlist. When that did not even appear, I began to search for answers. I have tried every recommended solution I have come across, including that of clean reinstalling spotify on both platforms, changing which folder the local files are transferred from, and even deleting and reinstalling the local files themselves, and nothing has fixed this issue. I have gone through the Spotify-recommended solutions of checking my network, setting both platforms to Offline for 5 - 10 minutes, logging out of all devices and logging back in, the whole works. I was wondering if anyone else was suffering from this problem as bad as me, and if anyone might have a different possible solution? Thank you.

I have a similar issue: edits I make to a playlist on my phone don't sync to the desktop app. I have tried completely uninstalling Spotify and restarting the computer/routers but the problem still remains. Also tried deleting the playlist, deleting the cache, restarting phone, reinstalling Spotify on my phone, editing the playlist on the desktop app (doesn't sync to phone), and even checked the web player (also not synced). I don't know what else I can do.

Thank you for posting on this thread.

Could you try to connect to a different internet/WIFI network to see if that makes a difference? You could also create an internet hotspot with your phone and connect your PC to it.

If the issue persists, can you log in with another account, such as a friend's or a family member's to see if the issue persists? Alternatively, you can create a free account here, just make sure you're logged out of your own account before creating a new one.

Thank you for posting on the Community!

We've merged your post with this thread, so we can keep all reports in the same place.

Here you will find other troubleshooting steps you can give a try. Please give them a check and tell us how they work for you.

If the issue persists, try using another account as per my previous post and let us know if the behavior is the same.

suzukisamurai
Casual Listener
Thank you for the advice but the issue strangely resolved itself! While I was out today, listening to music I had downloaded onto my phone previously and saved, all my playlists came up with an Error when I entered them and after closing the app and opening it again, all playlists were fine again. When I got home, I attempted to add more music to my playlists from my desktop and it worked again! Not quite sure why or even how but I am not complaining for my pain is over.
Reply
0 Likes

If you need a hand with anything else, the Community is here for you.