Spotify keeps telling me that the 80's rockband 'The Cult' has released a new hip hop album.

There seems to be a bug in Spotify where new album releases are matched based on the artist name, not it's unique ID. As a result, Spotify is now telling me that the 80's rock band 'The cult' now has a new album called '**bleep** A DEADBEAT', which is actually an album by a female rapper who also happens to call herself 'the cult'.

The bug part is that Spotify is actively showing this rap album as a release for the rock band. So it is actually showing the hip-hop album as part of the rock group. See the attached screenshot. The artist displayed is the 'real' artist, the album shown below is from a different artist.

It seems to me that Spotify is matching the band based on the name (a string match), where this should happen based on the unique artist ID. 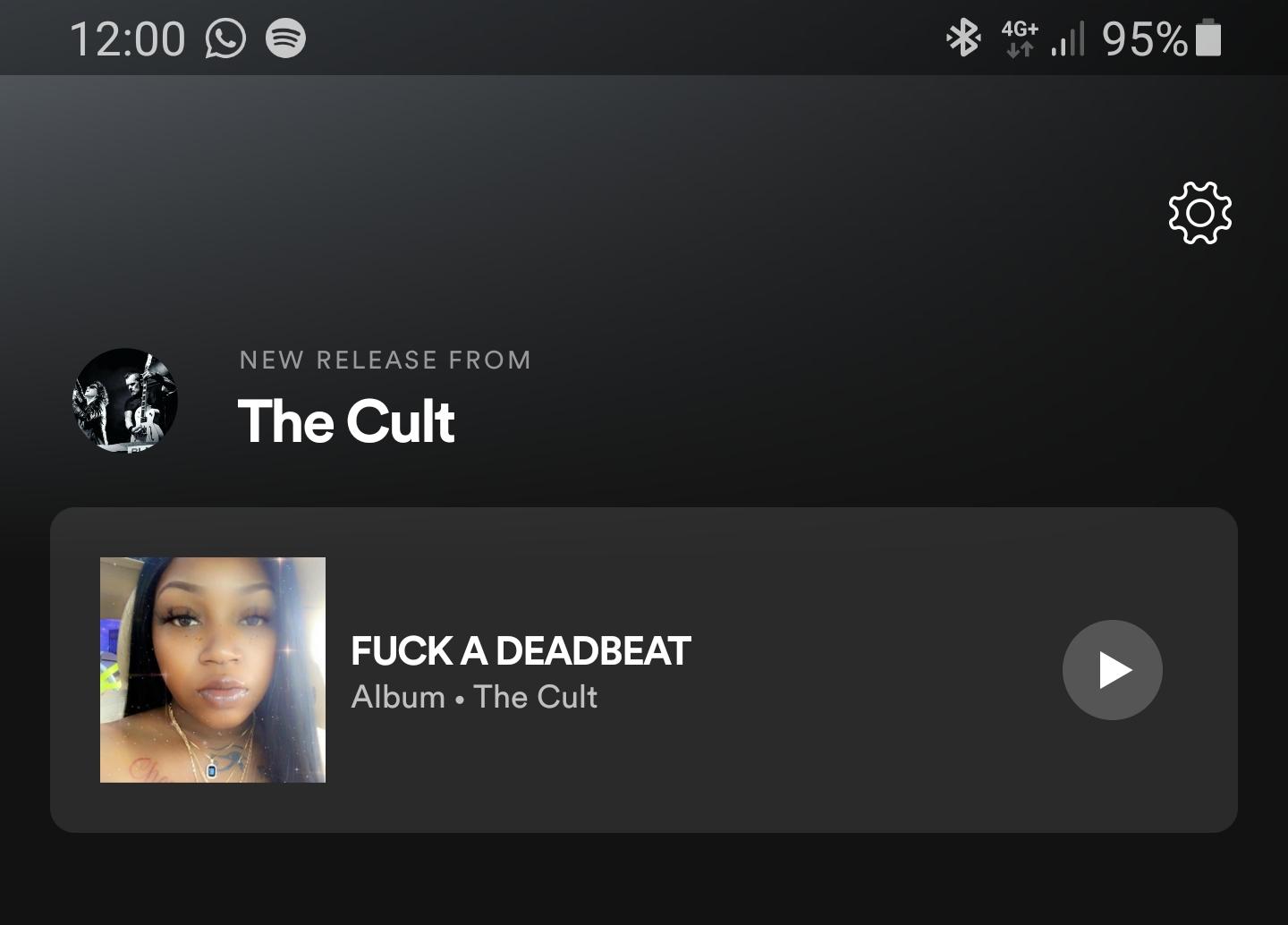 Thank you for your post and for letting us know about this.

In this case we suggest that you have a look at this article under Broken or incorrect content and follow the steps that's provided in there.