It's pretty simple. You used to be able to import songs from your phone into Spotify. I did that. Now, I want to remove them, but I quite simply, can't. They only show up on desktop versions of Spotify (the songs don't appear on my phone or the web player). I've seen other problems like this, but they are either too old to be relevant or not similar enough to my issue.

This attached image shows the issue. And no, clicking on the hearts doesn't do anything either.

I can't stress enough how inane I find this issue. Clearly, somewhere in the cloud, history of me having imported those songs exists, but it doesn't show up on every device... why?

Thank you to those who help!

Do you mind re-attaching the screenshot you've made once again? It seems it didn't upload successfully to your post. This image will help us take a closer look at the issue.

In the meantime we suggest you check this article on local files. You'll find useful tips that might help you with what you're experiencing.

Hope this helps. Keep us posted.

IvanModerator
Help others find this answer and click "Accept as Solution".
If you appreciate my answer, maybe give me a Like.
“Music is the strongest form of magic.” Marilyn Manson
Reply
0 Likes

Sorry about that, I was certain I did 😐 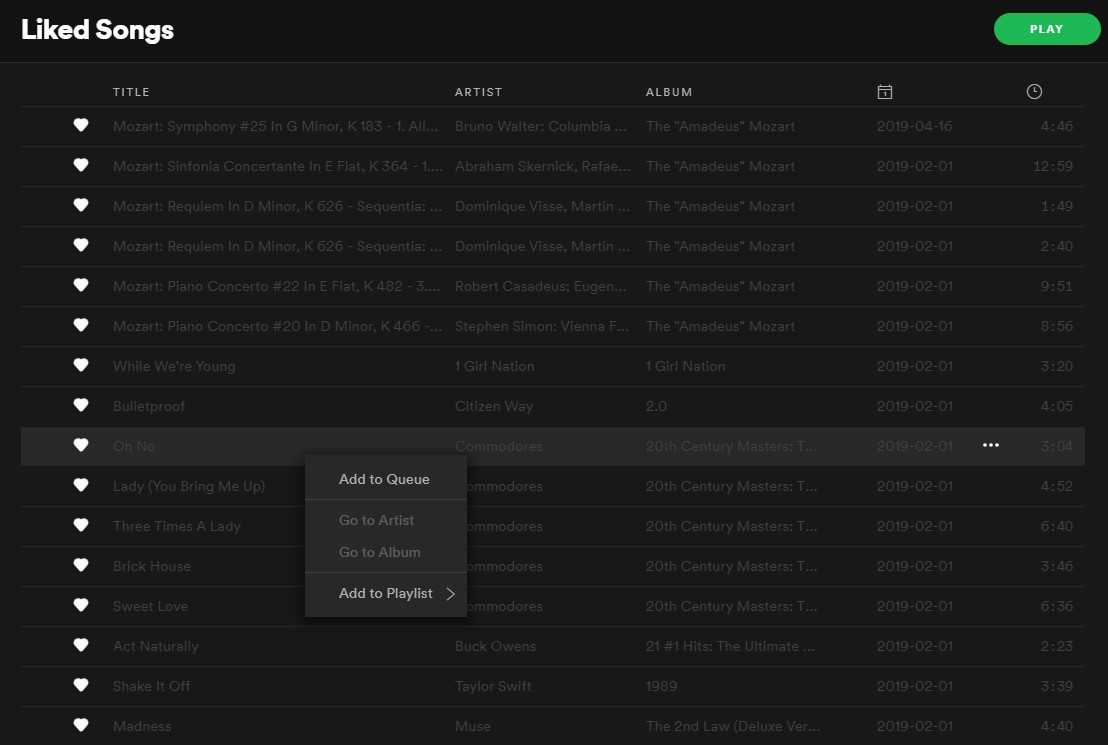 Thanks for taking the trouble of re-uploading the screenshot!

This is an issue we're aware of and that the relevant team is currently working on a fix. We'd recommend you head here and follow the steps outlined in the Status Update as a workaround and in case the issue persists add your +VOTE and a comment with the relevant info.

Hope this helps. Let us know how you get on 🙂

XeniaModerator
Help others find this answer and click "Accept as Solution".
If you appreciate my answer, maybe give me a Like.
"Where words fail, music speaks." - Hans Christian Andersen
Reply
0 Likes
SUGGESTED POSTS
Log In