Labels
Showing only topics with label Rojo. Show all topics

It's great to hear music as the artist intended it to be heard, this means Spotify can sometimes include explicit content. We recommend looking out for the EXPLICIT tag on any releases (E on the web player).Note: Our explicit content tags are applied... 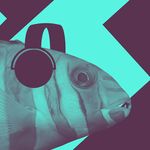 Fans First emails are our way of thanking our artists’ biggest Spotify fans with unique or exclusive offers. Previous treats have included: Access to presale tickets for upcoming concerts. Access to exclusive merch items not available anywhere else. ...

I want an artist/ song on Spotify.

Many folks in the Community have requested certain tracks, albums or artists be added to Spotify. The reality is that we would like to have all the world's music available on Spotify. Therefore, anything which we have the right to upload and has been...

Hello Spotify, So I went to go on one Christian music group I listen to, when it appears I think their may have been a incorrect categorizing problem because theirs an album there that appears "It's Lit" and im pretty sure they did not release or mak...