I have the Spotify on an iPhone 6s and brand new iPad Pro 9.7" (both running iOS 9.3.1) but I when I tap the 'Available Offline' toggle against an album, recently nothing has been happening - the download icons don't appear next to tracks and the songs are not downloaded. I have managed to download some albums and playlists and the issue seems intermittent but it does occur too regularly. A suggestion on Twitter was to delete the app (and subsequently lose all my downloaded music), re-install and re-sync. This worked initially but now when I want new albums to be available offline, they just won't sync. I have regularly restarted my devices and there is at least 10GB available on my phone and 60GB+ on my iPad. They are both connected to wi-fi (and I have a premium account, obviously).

Is this a known issue? Has anyone else experienced it? It doesn't seem to be limited to certain albums either. See attached screenshot from my iPad with the 'Available Offline' toggle enabled but no tracks downloaded. I *think* it started happening from iOS 9.3 but maybe earlier. 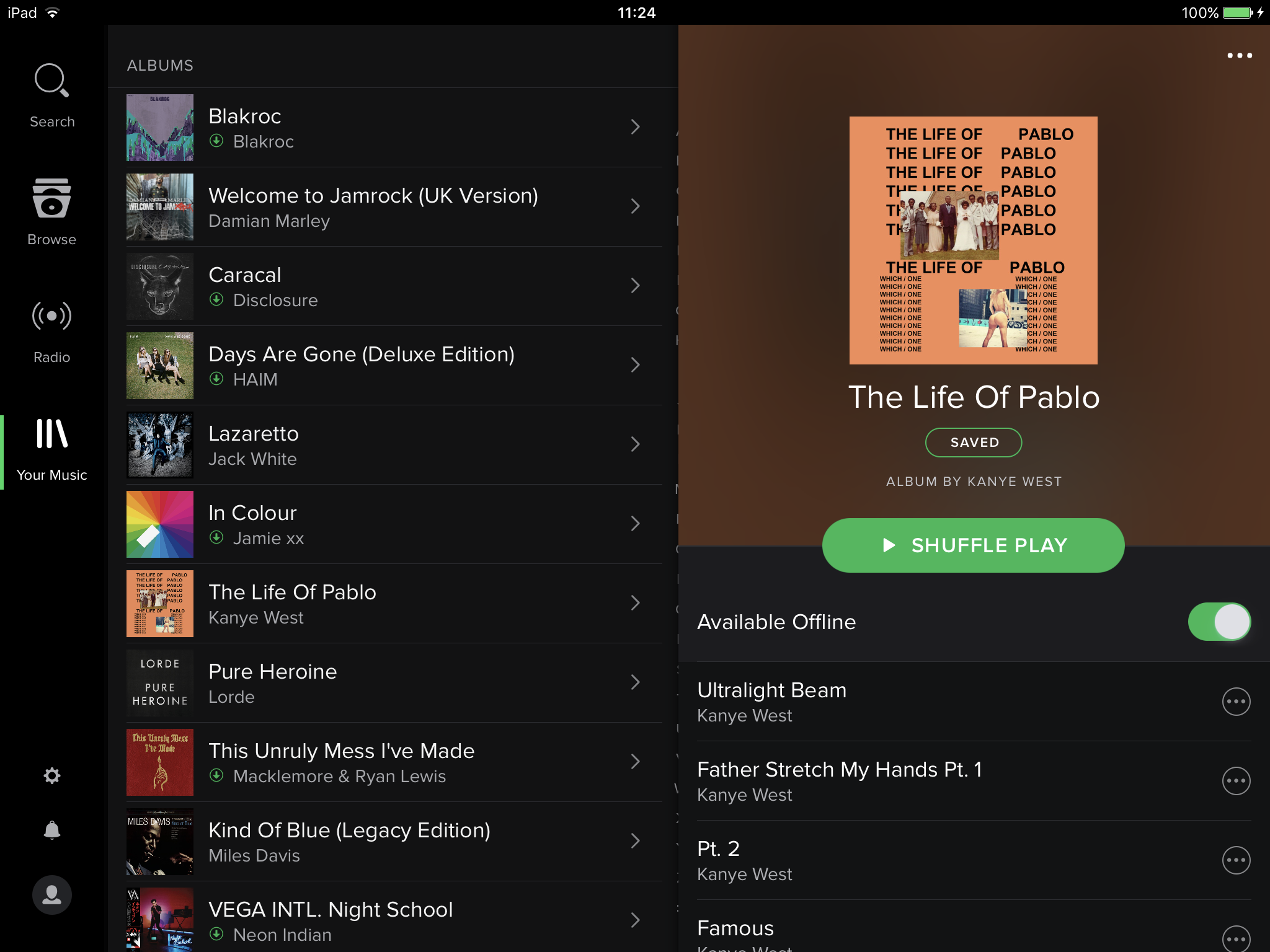