I keep seeing issues with offline play and I'm still sticking with you Spotify, but you're really starting to get on my nerves.

Anytime I start up the app fresh while I'm offline (underground, subway, or even just airplane mode), I either don't see anything under "Your Music" => "Albums" or I'll tap on an album that I know is offline and I'll see the message: "You haven't saved anything from <Album Name>.  Save this album to keep it in Your Library."

You can see in the attached image, that the album is both saved to my library AND saved for offline play.

Seriously guys...I commute for almost an hour each way, mostly offline...let me listen to the music I pay for.

UPDATE: Contacted CS through twitter, seemed to be an issue with my offline cache.  Haven't had issues since. 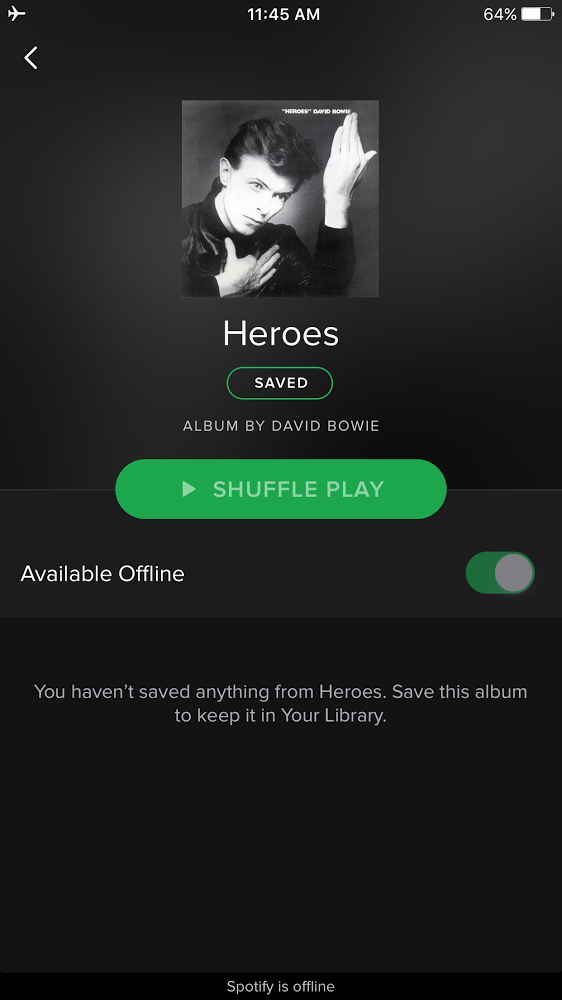 punknotdiet
Casual Listener
I have EXACTLY the same issue and it's driving me crazy, especially cause I've found about it just before a 12 hour flight :(. What did they recommed to do? Thanks
Reply
0 Likes
Highlighted

SnareHanger
Regular
I wound up tweeting at Spotify CS AND it turned out to be an offline cache
issue that they had to deal with on the server end of things. I still see
issues occasionally, but not nearly as much.

I personally don't understand why the server should be involved for offline
music at all.

I've had the exact same problem for some months, and it's very irritating when I'm travelling abroad (mobile data roaming turned off obviously, or when in airplane mode). All my downloaded music is invisible in offline mode, and won't show again until Spotify connects with a server. It also says "You haven't saved anything from  ... (album name)", it just shows an empty screen. What's the point with offline mode when Spotify needs to connect with the server?

Screendump of what it looks like: 1) Saved albums 2) empty album in offline mode 3) album content back once Spotify connects with the server 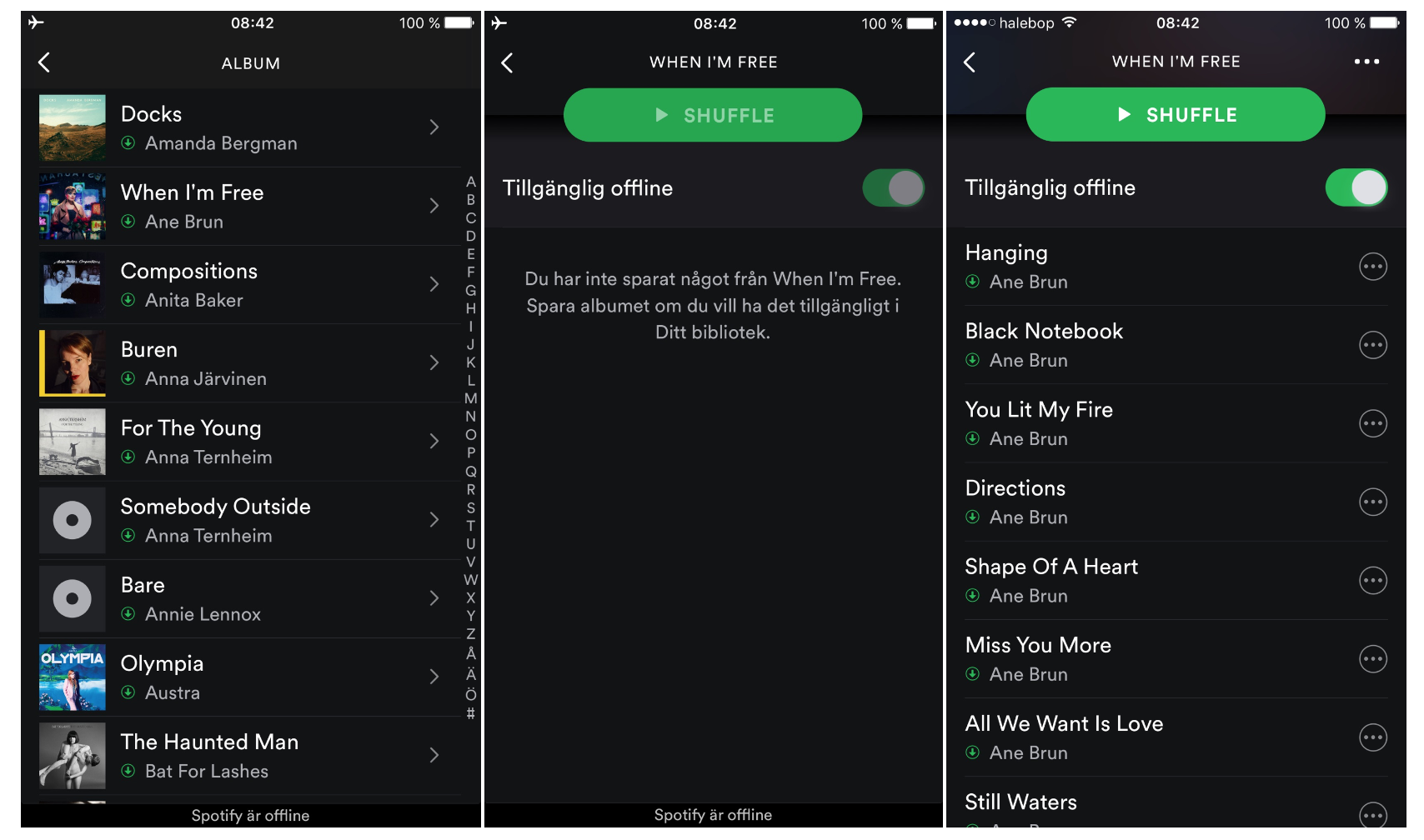 It's a cache issue apparently - spoke to their customer support  via Twitter DM, they got back to me and solved it within a couple of hours. It's been working fine since then

Thanks, will try and get in touch with cs! In the meantime, trying by deleting the app, reinstalling, redownloading albums etc

I'm having the exact same problem. Dutch Customer Service doesn't seem to have a solution. The even say that is not possible using offline mode on an iPod. This is quite frustrating. A solution or tip would be highly appreciated. 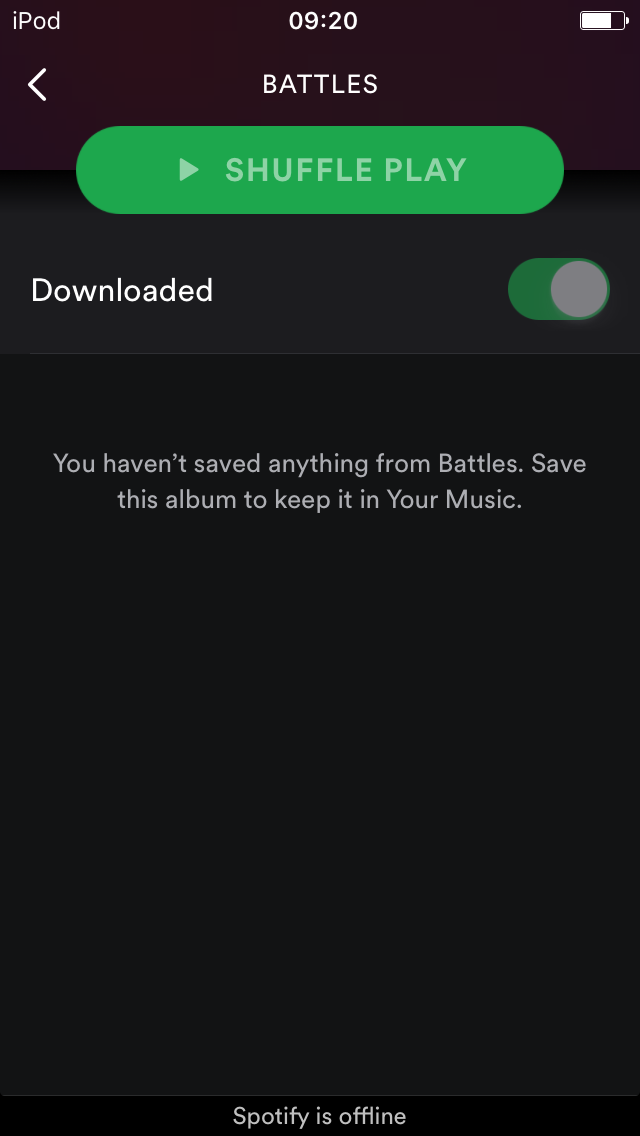