Thanks for bringing this issue to our attention!

If you're seeing duplicates in Your Library, we believe it's because of an issue related to songs not displaying correctly in your Daily Mixes: sometimes there are songs in Daily Mix which appear as not liked, when in fact they are. So, when you click on the 'heart' icon, it will add the song to Your Library, even though it's already been liked.

We suggest that you head over to this ongoing issue thread and add a vote. We'll keep you posted in that thread and let you know as soon as we have any updates.

PeterModerator
Help others find this answer and click "Accept as Solution".
If you appreciate my answer, maybe give me a Like.
0 Likes
Highlighted

the presumed reason for our issue was already posted in this thread (second page).

So why head over to another thread that only maybe correlates with this one?

Thanks for a quick reply.

2. Opened album with some liked songs and it links to one type URL

3. Go back and press other song from the same titled album

4. Observe different liked songs and a link is a different type of URL 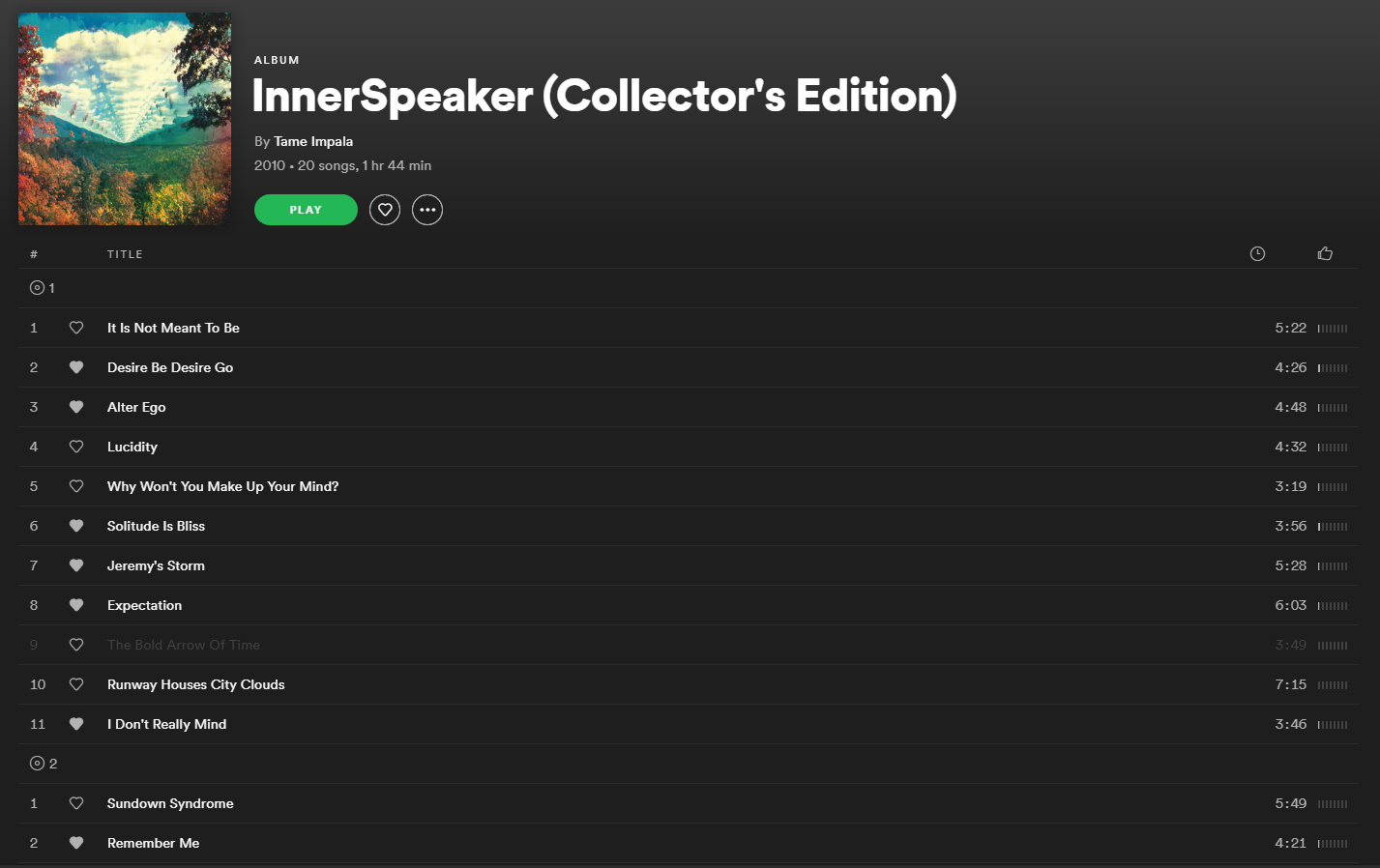 The two other screenshots as I can only add 3 images at once. 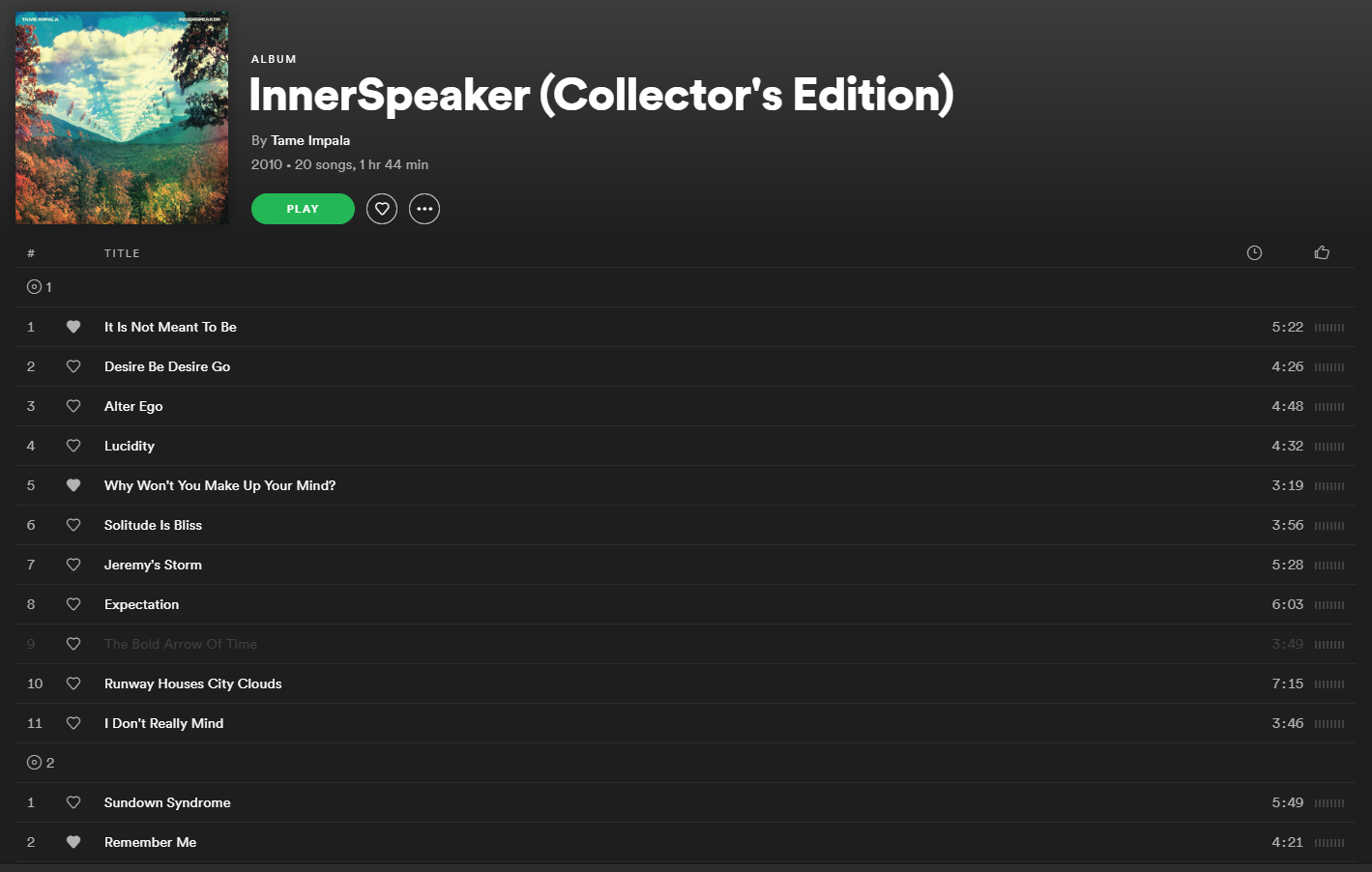 Here is an example of the frustrating multiple album disaster...

The album 9 by Damien Rice.

Four instances, different but the same!

I have liked songs in 6 different instances of Be here Now by Oasis.

It is impossible to keep track if songs with the album structure like this, with endless multiple instances of almost every album.

asavagecomposer
Newbie
This problem is getting worse and more prominent. No real attempts will ever be made to fix it, I expect, just like their 10,000 song limit
1 Like
Solution!

We appreciate your feedback regarding duplicate albums appearing in Your Library. We've looked into this carefully, and we'd now like to provide an update.

Several users had reported an issue whereby removing one of the duplicate albums in Your Library would remove both of the saved albums.

We're happy to report that this now seems to be fixed, so that removing the duplicate album should no longer remove both saved albums.

Users had also reported an issue regarding duplicates of songs appearing when saving songs from Daily Mix which did not register properly as being saved to Your Library - this is also now fixed, as reported here.

Regarding the duplicate albums themselves, we just wanted to confirm that this is expected behaviour: artists will sometimes decide to re-upload an album, however, because the new album has a different URI, saving it again will mean that you will end up with ostensibly the same album saved in Your Library.

(Note that this is different to instances of artists who have duplicate albums appearing on their Artist profiles - you can see how to report such issues here).

If you would like to make a suggestion for how this functionality could be improved, e.g. by suggesting a feature which could solve this, you can do so by submitting an idea via the Idea Exchange. This is the best way for us to gauge the relative popularity of different ideas among users.

We hope this clears up some of the queries that users have been having regarding duplicate albums on Spotify.

If you do have any further questions, we'd love to hear from you! Make sure to start a new thread in the Accounts help board here and we'll get back to you as soon as we can.

PeterModerator
Help others find this answer and click "Accept as Solution".
If you appreciate my answer, maybe give me a Like.