I upgraded from my old iPhone 6 to an iPhone 8 yesterday and had no problems re-downloading all my playlists etc. again, however local files are proving to be a real headache. Most of the songs download, but some just won't transfer or play.

I had to completely remove all local files from my laptop and then remove them from Spotify (by deleting local_files.bnk) and re-add them. I downloaded most of them again, but a few songs wouldn't download - I realised this is because I'd saved them to other playlists. So I removed them from Starred and the others, then tried again - most of the files downloaded. There are a couple now that have the green downloaded arrow, but haven't actually downloaded and won't play. They play on my laptop fine, but not on my phone, even though the rest of the album downloaded.

They worked fine yesterday on my iPhone 6. Today there are a couple of songs that won't download or play. Any ideas on a fix? See pics attached. 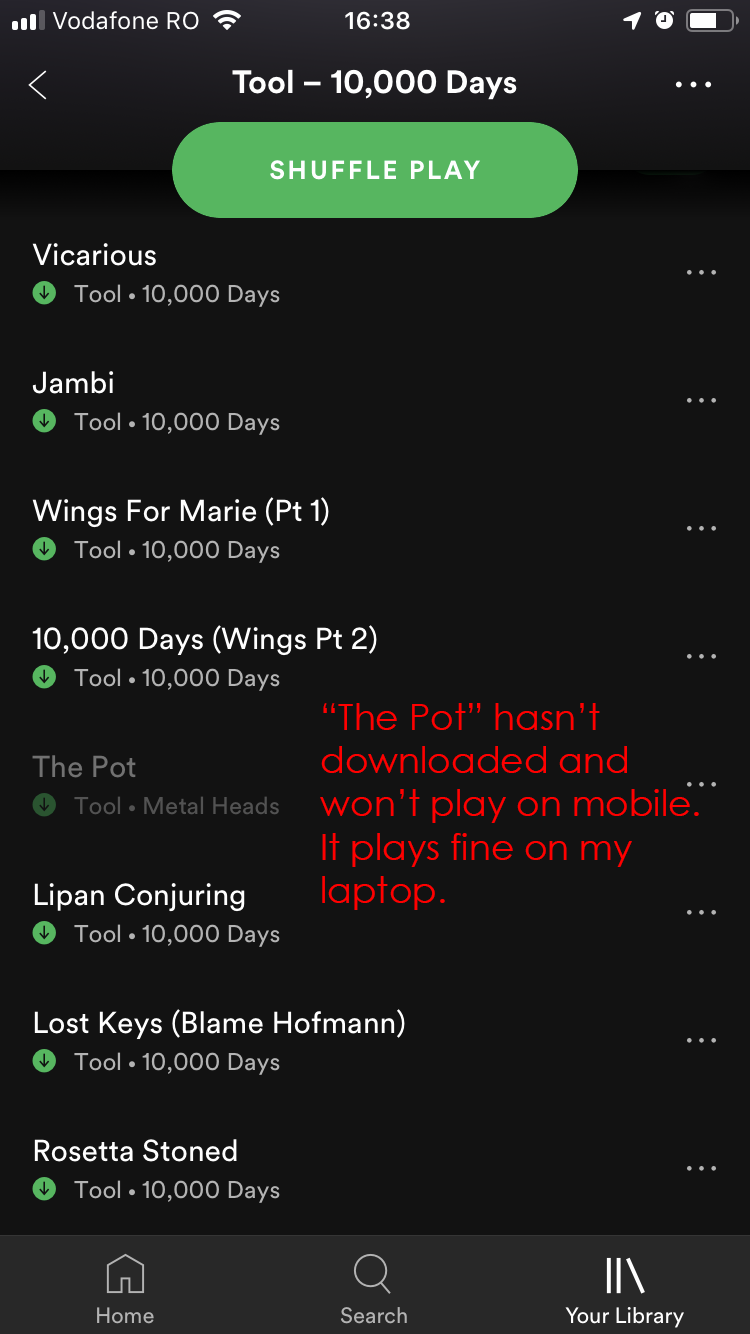 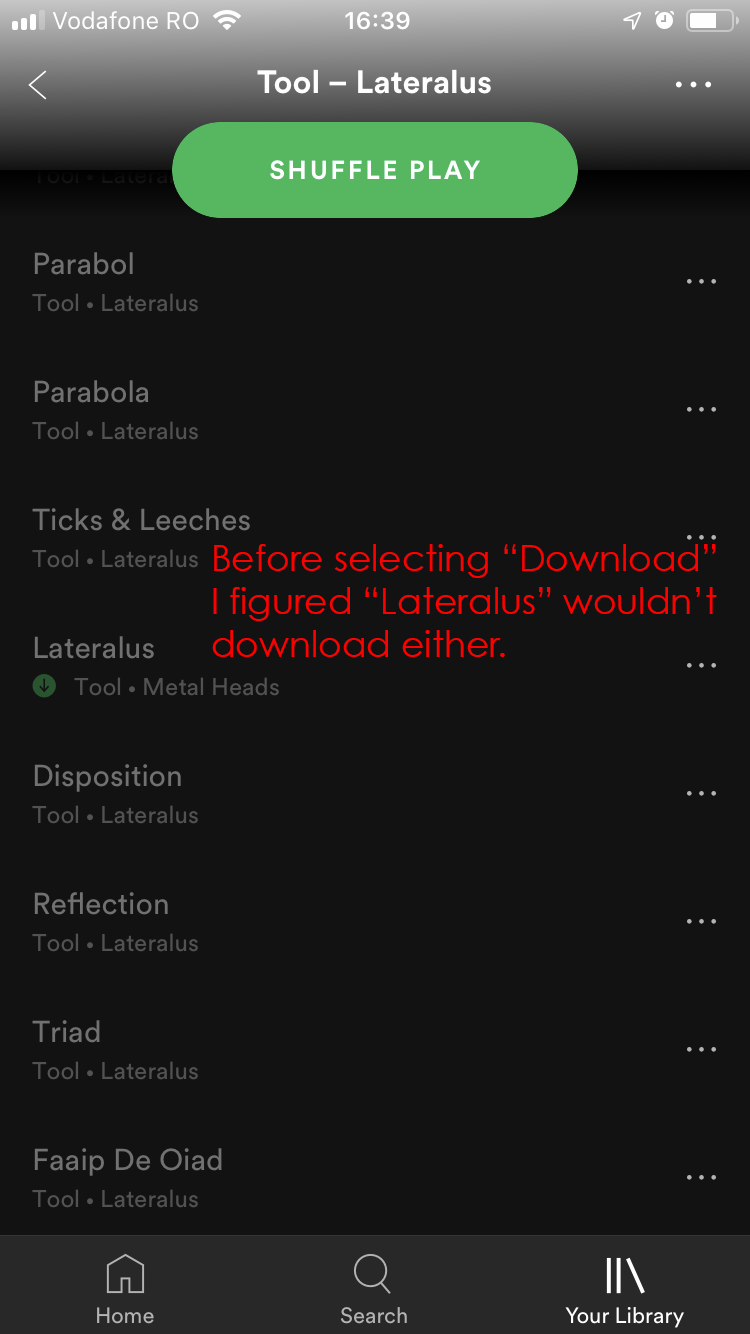 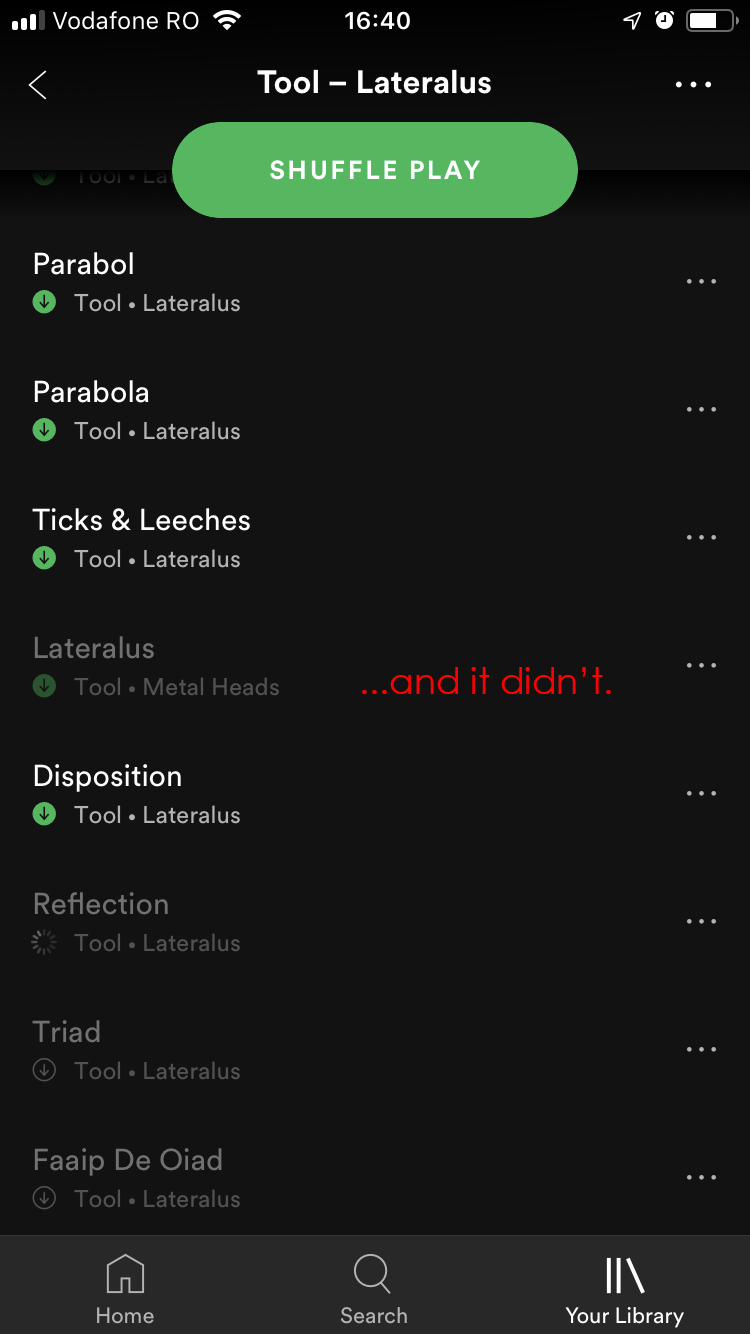 3 people had this problem.
Reply
0 Likes
SUGGESTED POSTS
Log In