Song Not Downloaded message on iOS but can play on PC

Song Not Downloaded message on iOS but can play on PC

A lot of songs (90% of a 200 song playlist) are greyed out on my phone. I know that sometimes an artist or label removes songs but this is not my issue as they're available on my PC. Here's how they look on the phone, you can see the top one is white and the rest grey: 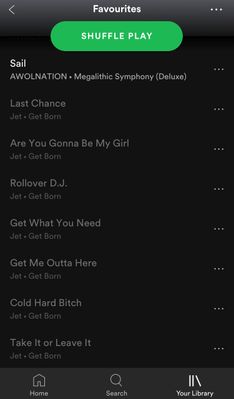 If I try and play the song on the phone, I get this message "Song Not Downloaded. If you own the song, you can sync it from your computer". I haven't imported any owned songs - these are all played from my subscription. 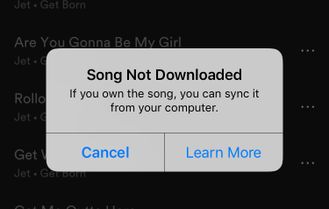 "Learn More" tells me some steps about syncing: 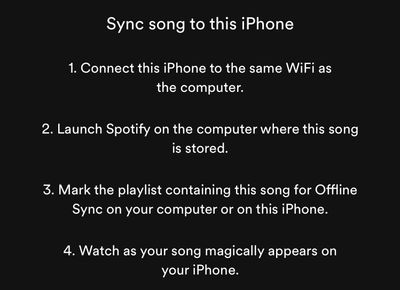 I've tried to follow these, but there is no "Offline Sync" button on my computer nor on my phone, much like another user found [can't post the link, will try later]

I have tried deleting the phone from offline devices. It never comes back, although I can still stream and play downloaded songs on it.

I have also tried deleting spotify from the phone and all it's data, and reinstalling & logging in - no change.

Re: Song Not Downloaded message on iOS but can play on PC

Any ideas whatsoever, from anyone? I'm paying for something I can't use...