Any news on an update to support the super-higher resolutiions for the Retina MacBook Pro? Everything is currently pixel doubled and looks awful in the new resolution, would be great to see an update?

Hey folks, we're happy to confirm we now have Retina MacBook Pro support in the Desktop app. Thank you for your continued feedback here in the Idea Exchange, we're listening.

Yes we need a update for Retina Macbook

Yes!! Give us an update Spotify!!

I've just moved this thread over here, as it's more of an Idea.

Just add your Kudos to the Idea at the top to voice your support.

Heh, I was wondering how long it would be until I started seeing these kind of requests for applications on the new MBP.

Not to be a Debbie Downer but I can't lend my support to this one -- at least not as any kind of priority.

Significant Spotify client updates are about as speedy as molasses already. This would no doubt require coding solutions specific to that new retina MBP, and I'm sure owners of those machines represent less than 1% of the Spotify userbase. I'd prefer to see manpower directed toward the plethora of unresolved client issues that affect the remaining 99%.

Moreover, I object on principle. Apple decided to cram a ridiculously high, nonstandard resolution into a ridiculously small display, knowing full well that it would adversely affect the rendering and legibility of every. single. program. designed to run on their OS -- a prime example of doing something because you can, not because you should. If they can't offer a decent scaling solution to compensate, it shouldn't be down to cross-platform developers to throw extra manpower behind solving Apple's problem for them.

While I agree its not a priority I think your rejection in principle is a bit silly. Its inovation, I for one don't want to be stuck with a 1080p res for the rest of my life. What apple did is bleeding edge, sure there will be some down sides to that but hey thats progress.

Im looking forward to some hi-res displays coming to PC.

That said, this resoltion jump on the MBP was a little excessive -- particularly given that it's only available on a tinny little 15" laptop display, which exacerbates the problem of miniaturization of text and apps. I'm not sure I agree that it's "innovation" necessarily; I think it was more a case of simply bumping up the numbers so their marketers could capitalize on the "PPI craze" Apple has created with its mobile marketing angle in the last couple of years.

Let's face it, a resolution that high is a prime example of solving a problem that doesn't currently exist.

Video essentially caps at 1080p currently, so it's of no benefit in video editing or playback. It's certainly of no benefit in desktop work or web browsing beyond marginally sharper text, and only where applications are specifically adapted to use it -- beyond that, applications are simply scaled up from their native res so that they're actually visible/legible, and then they lose all benefit of the higher resolution anyway.

And a drawback of using a resolution that high is that it takes a significant amount more GPU power to drive that number of pixels. You can bet we won't see gaming on the PC taking advantage of resolutions that high for many more years. Just about the only scenario in which a resolution like that is currently helpful is photo display and (possibly) editing, because even a 5MP camera will capture stills at high enough resolution to actually make use of that many pixels. But nothing else will.

I too want to see the app updated for the retina display. No, it doesn't require much extra coding except on the text because your rendering method is all sorts of screwed up. All that is necessary is an image at double the resolution with an @2x appended to the file name in the resources of the app. In fact I linked the documentation here. Providing you didn't drop your Photoshop resources off a cliff somewhere it should be fairly simple to update the images for the retina screen.

I'd settle for fixing the font rendering, the rest is less of an issue.

For me the font rendering is of decent priority, but the album art is hurting me after being spoiled by iPad's artwork rendering. A comparasion between how the three stand at the moment Macbook Pro retina on left, iPhone 4S in the middle, iPad (third gen) on right: 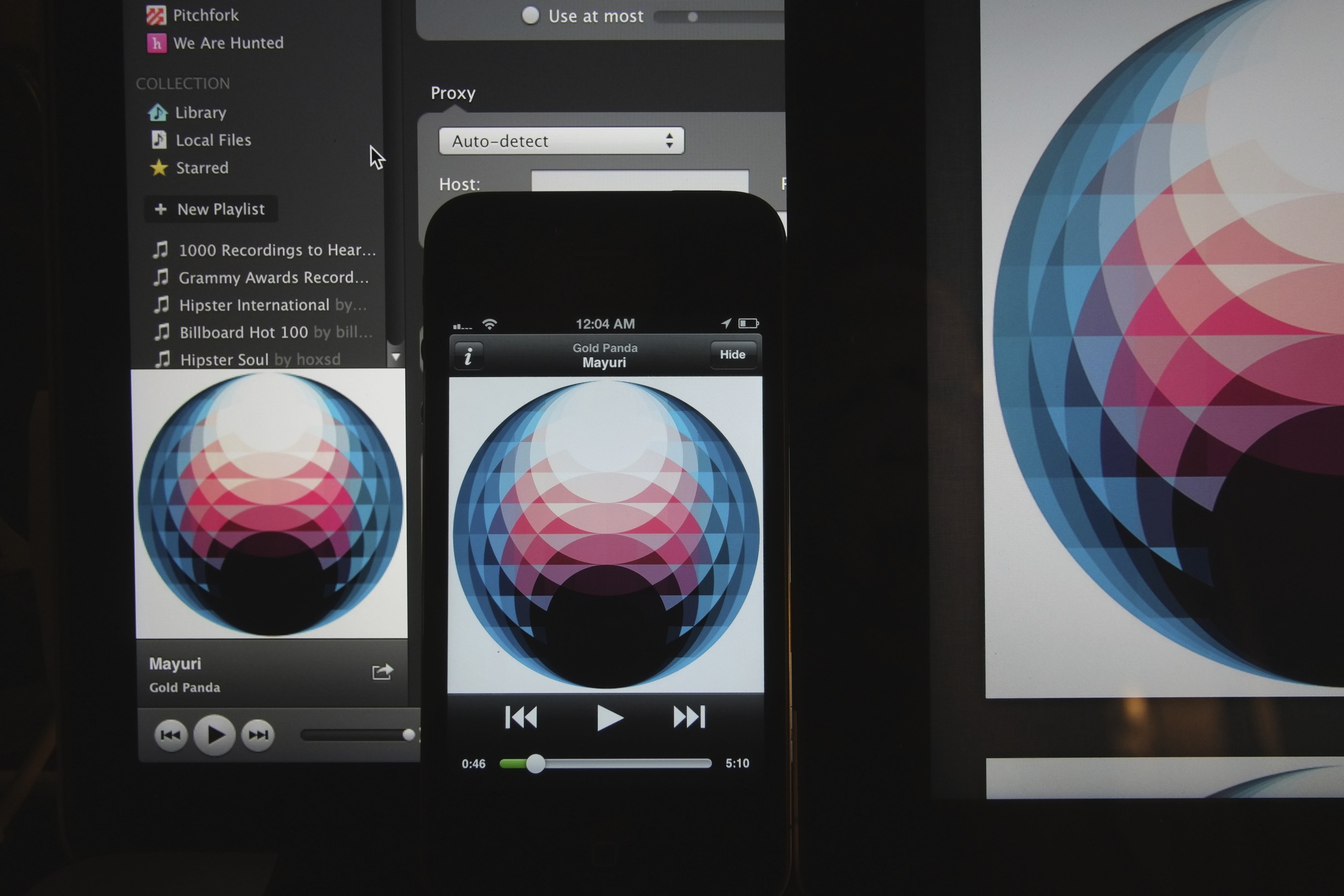 I would just like to add that the MBP Retina is already making the most of it's screens in regards to gaming. I own Batman (from the App Store) and wow. I've never seen graphics that good.