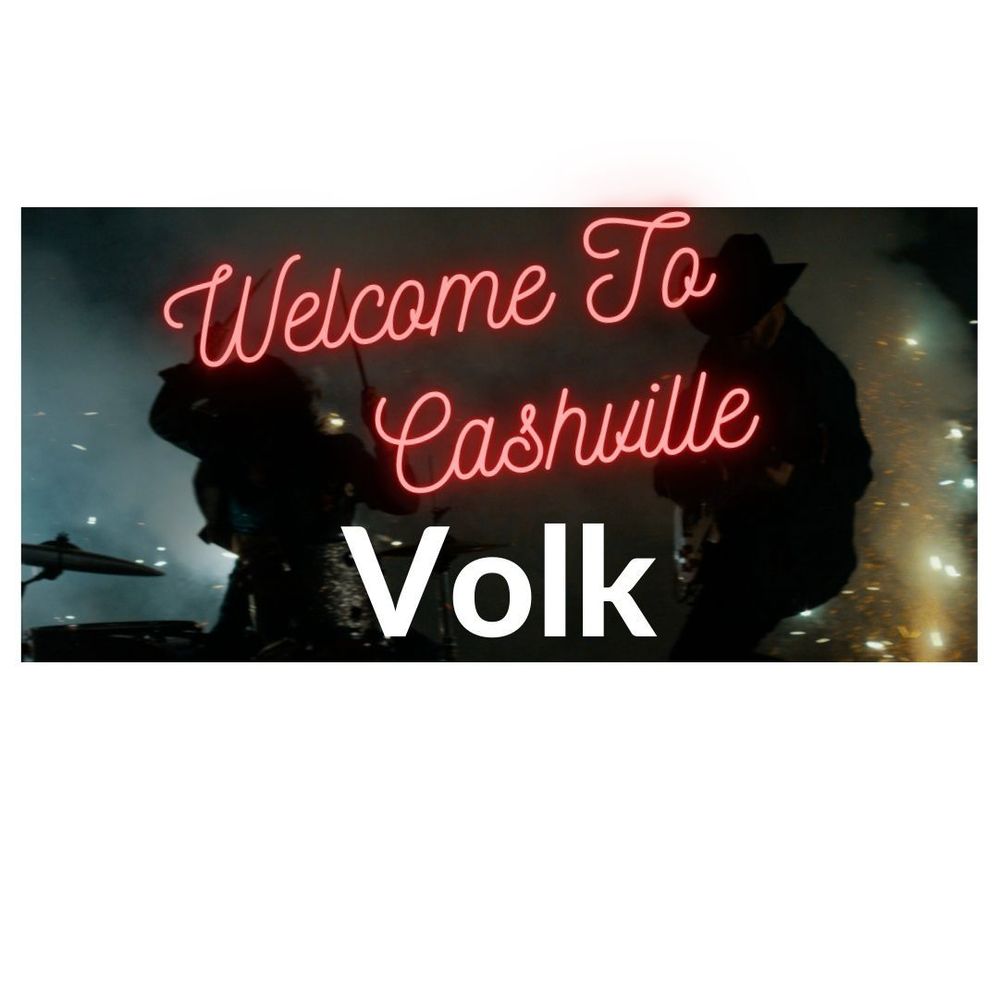 “The sonic union of guitarist Christopher Lowe and drummer Eleot Reich, Volk has a no-frills power-duo sound and setup that brings to mind early White Stripes, but with a lot more going on in the sonic margins.” NASHVILLE SCENE

Impresive credential, isn’t it? If you haven't heard before about these guys you must be eager to listen to them, wait a little longer, When asked Chris about what would like to first listener now about them he replied  “Let me think....volk is like Jack and Meg White tripped acid and believed they were Johnny Cash and June Carter. It’s all the raw power duo energy that aspires to zz/dc snarling riffs and thunderous drums but with the country swagger and charm of Dwight Yoakam and Dolly Parton. Volk is RocknRoll country-fried.”

But if you’re a longtime fan this is a whole other kind of cat guys, is going to blow your mind and left you wanting for more thunderous drums and those noisy riffs that for only two guys they sound massive… Chris let me know yesterday that they already were over 1.6 streams a personal best for the band,  and is easy to understand with this new ferocious and contagious sound, here you have the phenomenal lead single released last Monday Welcome to Cashville out via Romanus Records

Their debut album titled Cashville is due out March 2021 but before thinking about it, they have been working on the video for this track, and from what I have seen in two teaser trailers they have a lot of fun doing it, is going to be ready for next week so stay tuned it’ll rock your faces off. I can’t wait to see it.

I hope not only you can enjoy these four tracks but also support this artist streaming and sharing his work that obviously you can fin in the Playlist  Fresh Singles, Alterindie State Of Mind, and Less Than 1,000 Followers.

JpgchiefRock Star 14
Help others find this answer and click "Accept as Solution".
If you appreciate my answer, maybe give me a Like.
Note: I'm not a Spotify employee.
Labels:
Reply
4 Likes
4 Replies
Loneliest_Cabin
Community Manager
White Stripes on acid thinking they are Johnny Cash and June Carter?!!! Ok, I am definitely listening to that... thanks for the recommendation.
Reply
2 Likes
Katerina
Spotify Legend

Oh, cool recommendation @Jpgchief - I don't know much about this genre of music but I really enjoyed listening to Welcome to Cashville 🎶

KaterinaModerator
Help others find this answer and click "Accept as Solution".
If you appreciate an answer, maybe give it a Like.
Are you new to the Community? Take a moment to introduce yourself!
Reply
1 Like
TreyAnastasio
Spotify Star

Thanks for sharing this cool track, @Jpgchief!

I like how Volk’s Spotify biography describes their “ZZ/DC snarling guitars,” as I can hear the similarities to both ZZ Top and AC/DC in their new single; I think it sounds nice as well!

TreyAnastasioSpotify Star
Help others find this answer and click "Accept as Solution".
If you appreciate my answer, maybe give me a Like.
Note: I'm not a Spotify employee.
Reply
1 Like
Jpgchief
Spotify Star

Hi guys, I'm glad you both enjoy it @Katerina and @TreyAnastasio I find really different this track (and not to mention the whole new album that I already listen to) to their previous EP's.

@Loneliest_Cabin I hope you also find it cool enough when you listen to the track I can say that the upcoming album is going to be super fun. The final track is almost 8 minutes long and I love it.

JpgchiefRock Star 14
Help others find this answer and click "Accept as Solution".
If you appreciate my answer, maybe give me a Like.
Note: I'm not a Spotify employee.
Reply
3 Likes
SUGGESTED POSTS
Log In