I follow a number of artist playlists by Spotify (This Is... playlists).

I noticed when playing the songs saved were ticked as saved but the album name didn't match, but when I check my saved songs, there was no duplicates.

Does this "duplicate" scenario count towards my 10,000 song limit because it's the same song from a different album.

The example below shows on:

The first and second screenshot - on the 'This Is Ariana Grande' playlist, the track is from the album 'My Everything'.

The third screenshot - in my saved songs, the album is 'My Everything Deluxe'. 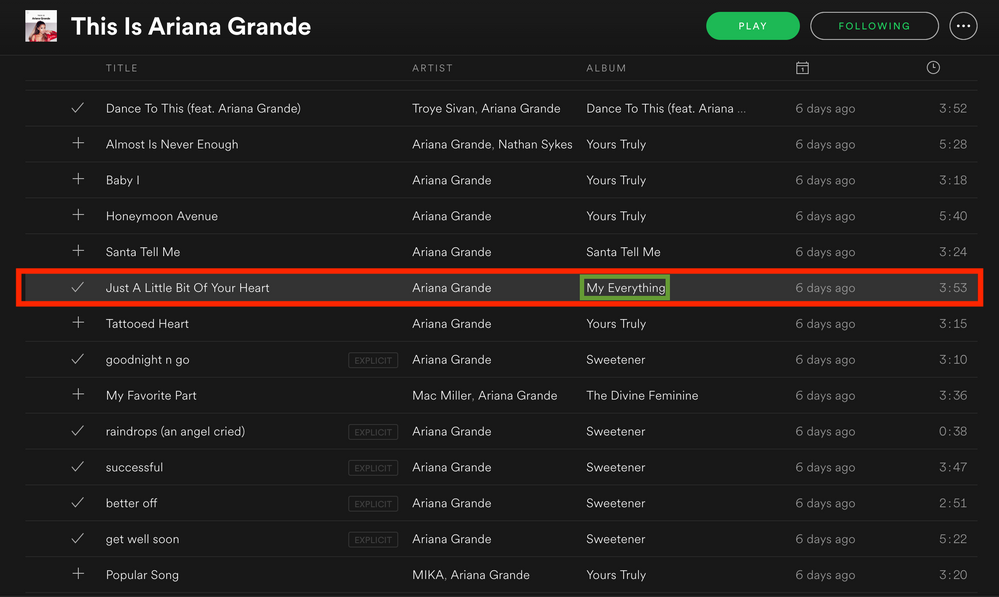 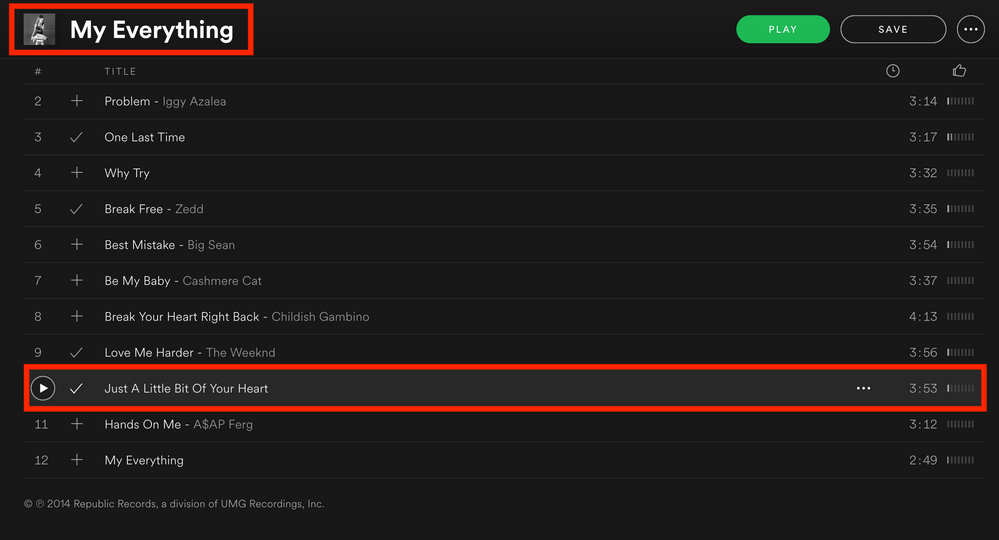 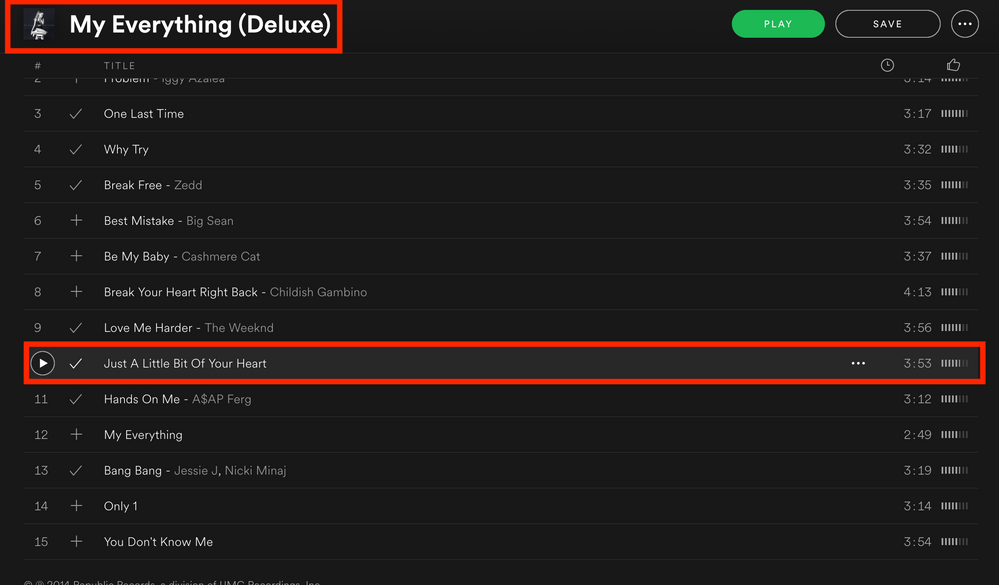 Any item contained in your Library counts towards the limit, even if it's a duplicate. Having several songs that are the same can be caused by different album versions, different versions of the same song, or re-uploads of albums. We recommend that you remove any duplicates you don't need to clear up some space.

Reply
0 Likes
harrypapas96
Regular
Hi thanks for your repsonse. The thing I was confused about is whilst
multiple versions are ticked, when I search the song only the version I
originally saved shows up, no there's no duplicates in my Library.

Thanks for reaching out on the Community, and sorry for the late response!

Just to confirm, when you are searching for these songs, are you connected to the Internet, or do you have Offline Mode switched on?

In any case, could you send us a screenshot of what you see on your end when you search for "Just A Little Bit Of Your Heart"?

Looking forward to hearing back from you!

I'm connected to the Internet when searching in my Library.

Thanks for getting back to us with that screenshot 🙂

It seems like there might be an issue with your network connection, since it is only displaying the tracks that are downloaded on your Mac, as shown by the green Downloaded slider to the right of the search bar.

Would you mind trying to search for that song on a different network and seeing if that works?

Looking forward to hearing back from you!