Can anyone please confirm this when using the ipod multitasking controls (double clicking the home button twice). The controls cause annoying sound effects (beeping noises when playing/pausing/next/previous). I have tried this on other apps with no issues. This ONLY happens when the ipod controls are used in Spotify.

And I tell you what isn't productive - everyone here asking for a setting to disable this feature and not being listened to. Does our time spent on this forum not matter? Does our feedback not count? Spotify, either listen to us or take away this forum so we don't waste our time.

Hi Nevyn. I'm aware I'm now 'spamming' this list but I had to look back at the start of this forum and notice that you posted this 2 years and 1 week ago. That is a really long time for everyone on this forum to be waiting. I can't blame you completely as surely someone else from Spotify should be monitoring this forum for posts from us annoying paying subscribers as well but still, 2 years and 1 week for what should have always been a simple extra setting for us to toggle.

Nevyn, could you get someone else from Spotify on the case here. It is disgraceful how we are being ignored here for this long. Otherwise we might have to start a change.org petition to get someone to listen to us!

I did. It's merged to mainline. At the time of the merge, a few other releases were due before mainline was to be released. It's getting closer, and no one has removed my patch, so afaict it'll be released in a month maybe?

stephenoakman, I'm not sure what else I can do. I've apologized profusely for the delay, written the code, and put it into the release pipeline. Spotify is a very large app with a rather long release process.

Good on ya Nevyn!

Hi Nevyn, I'm not being critical of you. You've been a star and put in a fix and I appreciate it's now 'in the machine of Spotify'. I was wondering if you could relay some of our frustration to someone of influence into the Spotify Machine as it's that mchine that has let us down. You've responded and put in a fix but no one else at Spotify seems to care. Surely Spotify is more than just Nevyn alone. When the update comes out on to the apple store I don't want to see the release notes saying 'built by aliens, implemented with artificial intelligence' or some crap like that - I want to to say 'annoying sound affect setting toggle added by Nevyn, the only one who listened to users frustration nd did something about it'.


If this isn't the place to raise this and 'vote' on this feature request then please do the decent thing and let us know where we should 'raise our voices' to be heard. We want to know that we have been heard and the outcome of that 'listening to your paying customers'.

Hey everyone. Thanks for your comments--we always feedback from our customers whether it's positive or negative.

The best place to raise this and 'vote' on making this sound effect optional is our Ideas Board. There you can give Ideas Kudos and we can keep them updated with official status updates.

If someone makes a new Idea, please post a link here so all users can give it kudos too. Thanks again everyone.

Meredith this isn't a new idea, this thread is over 2 years old or more, why isn't Spotify listening to its customers? - there isn't one person here who isn't fed up with these annnoying and distracting sound fx, they are not needed or wanted so please just take it on board and make them at the very least optional or just get rid of them completely. They serve no useful purpose.

Hey Jomol, the best way for us to pass on your feedback is by showing kudos votes in the Idea and comment counts. We'll of course take this thread into consideration too.

We can also give Ideas official status updates in a clear, visible way rather than within threads.

Sorry but I saw another thread where someone tried that and it didn;t get votes - I don't think enough people here use that system or are interested in voting. You need to take on board what people are actually saying, people don't want to play voting games - it isn't a question of votes anyway - this is a bug that you need to fix.

Here is the new thread where we make it abundantly clear how we think!

...also, bringing this discussion into the "Ideas Thread" feels like protesting in the "freedom cage" 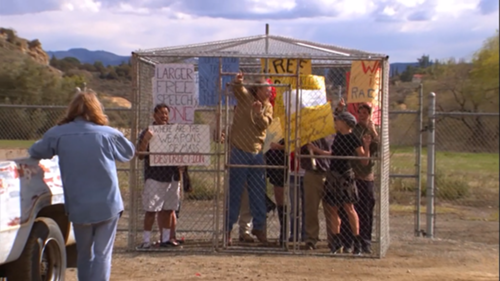 (There’s a switch called “Play Feedback Sounds” which you can deactivate in Settings → Playback. It works.)

Excellent stuff, it's nice to know Spotify do listen............I'm guessing nevyn had something to do with pushing this through, so thank you

0 Likes
Peter__
Community Legend
This is definitely a success story of how the community can influence what goes on in Spotify! 🙂

A definite thank you to @nevyn for making this happen, but I think a lot of thanks needs to go back out to you guys for pushing for this fix. Keep up the good work!

Thought this was because I was using my Pebble watch to control playback and was putting up with the little beeps. But no longer! Thank you 🙂