Spotify are promoting an offer of 3 months premium for 99p - but when you follow the link the payment page says it will cost £9.99!

This is very misleading / confusing.

Does anyone know more ? 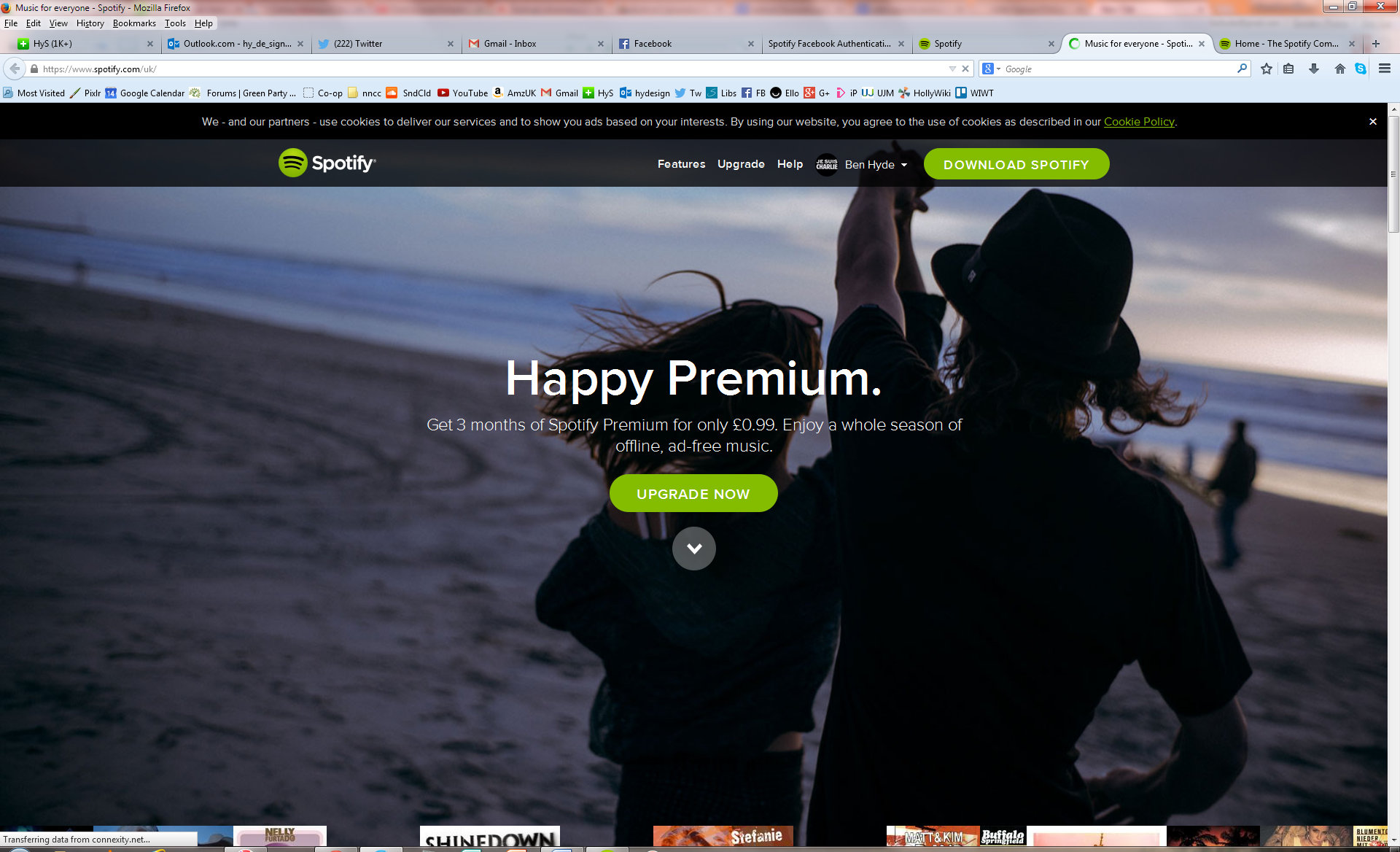 The offer is only available to users who have not had a premium subscription before, or have used the free trial.

MattSudaRock Star 24
Help others find this answer and click "Accept as Solution".
If you appreciate my answer, maybe give me a Like.
Note: I'm not a Spotify employee.

The offer is only available to users who have not had a premium subscription before, or have used the free trial.

MattSudaRock Star 24
Help others find this answer and click "Accept as Solution".
If you appreciate my answer, maybe give me a Like.
Note: I'm not a Spotify employee.

As @MattSuda  brought up, it has to do with new accounts. Have you already created a Spotify premium account or ever used a special discount?

That explains it - though when I visit the page, I am already logged in so they should not show me an offer that does not apply to me (trade discriptions act)

There is also no mention on the page:

I think I will be contacting UK trading standards!

I agree that this Spotify marketing campaign is very misleading. Foolishly I clicked on the link and looking at my credit card statement today, saw I had been charged £9.99. If it is only available to people who have not subscribed previously why did it not say so in the email and indeed as a previous subscriber why was I sent the email at all

Essentially this is a simple con trick and I have written to Support demanding a £9.00 refund and will notify UK Trading Standards too if I don't.

I feel that my situation is even more absurd. I was listening to my playlist when an advertisement played after a song and said that I had a free 30 day trial and that I could redeem if I clicked the banner. I did so and was brought to the website which clearly stated it was a free 30 day trial. I clicked next, and the website asked for my payment details which I keyed in as I remembered having to do so to claim my free 30days trial the previous time. This is a intentional misleading advertisement by Spotify and I will not hesitate to escalate the matter. I would like a refund.

So far, the customer service has replied me this:

"Unless the 30 day Premium trial is cancelled within the trial period, a full subscription will start following the trial. You seem to have used the 30 day trial from the 9th of June, 2014 to the 9th of July, 2014. The Premium trial can be used only once on an account. After a quick research I can confirm, that you have cancelled your current Premium subscription on the 29th of January, 2015 and it will be valid until the 28th of February, 2015."

If the trial can only be used once per account, then why was the advertisement played on my account? Furthermore (as stated above), the banner I clicked on the Spotify programme which directed me to the website stated everything was free up until the point of me confirming payment.

user-removed
Not applicable
So I had 7 days free trail, at the end I got the email for this "deal" Spotify were happy to take the 99p but I am still a free member? Why didn't they state it can't be used after a free trial? And what do I get for my 99p?
0 Likes
SUGGESTED POSTS