#MusicMonday is the hashtag I've been using for quite a while to share music recommendations from up-and-coming artists. Always fresh, and always different, trying to look for trends before they become one. You can check July's review, or Taylor Swift's folklore review for more music.

The summer has come and gone already, but the music keeps coming. Let's listen to some very interesting subjects covered on this month's musical trip around the world with a word from the artists themselves. 🎧 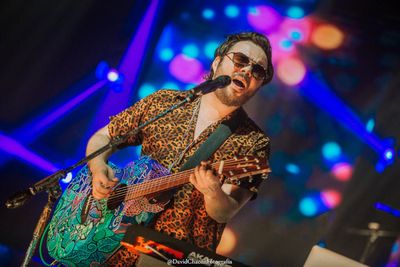 We begin this month's journey in the heavenly land of Costa Rica, with some nostalgic Pop Rock that's not sad at all:

"I think that everyone at some point in life has experienced the feeling and nostalgia that surrounds this song. The song is a personal experience, but probably about 2 times in my life I have felt this way. The song talks about when we end a relationship with a very important person in our lives, the relationship will not continue for various reasons, but it does not mean that you have stopped loving that person. And that nostalgia that brings back good memories, brings us to this song. Although things may end badly, nothing erases the good times that made us fall in love with that person. The song ends up being hopeful, leaving the door open for a reunion, but making it clear that if it doesn't happen, everything will be fine." 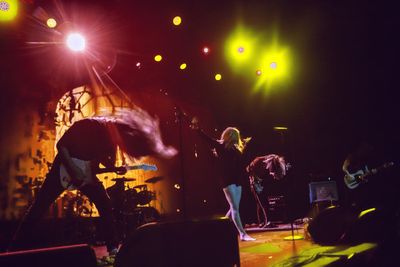 For some time now, it seems every month a great Stoner Rock track gets featured, and this month is no exception. From Falun, Sweden, check out this progressive gem:

"I guess you can sum up this song to a song about love, or rather- a song about unanswered love. A distant love that consumes you but not the one who’s the target of your affection. It’s about stretching yourself like chewing gum until you almost snap in the hopes of being noticed by your desired. To this there is self destruction and egoism. I think of Alfahonan (the alfa female) as a predator, and that might just be her problem... sometimes you can appear self assured and majorly confident, yet you’re not the one holding the power. I think there’s something very human about this: even if it’s hopeless (and you may even know this) you still cannot manage to let someone go. I had written large amounts of this lyric for another song I was working on, but when [bandmember] David played me the skeleton riff of Alfahonan I new where the lyric belonged. I see her as a character and I try to channel her in my vocals." 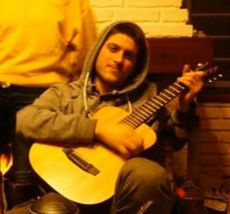 Ya no canto más tus canciones

Montevideo, Uruguay is the place that brings us a Pop track about that person that seems to put a spell on you:

"I hadn't written a song for a long time and I was at a turning point in my life on an emotional level. I began to look back to see what things I had left to say, now that I've decided not to keep anything I felt for myself.

This girl I knew seemed like a witch, or a sorceress, to me: just seeing her made me fall in love again, and a look back from her turned my hate to love. To another girl, to whom I've had recently said goodbye, I wanted to say that I still smile while thinking about her. So I gathered these words stuck in my chest, I ripped them out one by one and put them into the song.

It is a song for anyone who feels that there is a higher force forcing you to miss someone who is not coming back." 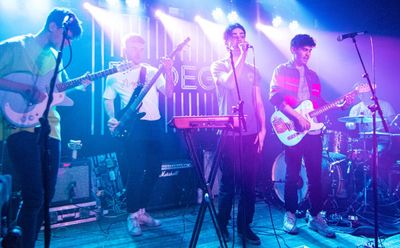 When we're older, and it's over

Will this be a highlight?

To Nottingham, England we go for an Indie track that offers nostalgic feelings from happy times:

"I was at Glastonbury with my bandmates and one of the artists gave a speech saying "go start a band with your friends and don't let anyone stop you" and so I wrote a song about that experience of feeling like something could really happen in your favour.

In other words, feeling like there was something we wanted to do and that we wouldn't let anything stop us."
Photo credit: Matt Hawkins

Brennan - Bad For You 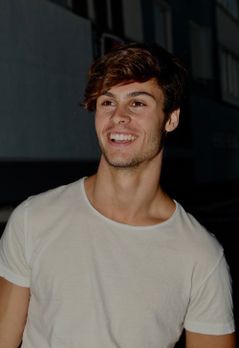 and I ain't gonna lie.

From Los Angeles, CA, singer / songwriter Brennan gives us a funky track about being honest no matter the consequences:

"I had the bass line and drums done for the chorus and was humming random words and melodies over it in a loop. The words “bad for you” kept coming out and it made me think of the pros and cons of things moving too fast too soon in a relationship!"

Cheerbleederz - sometimes i cry at work

London, UK is our final destination for an Indie Rock song about finding the truth of what you really want:

"I wrote the chords and oohs in my flat and the lyrics “sometimes I cry at work” was a note in my phone... I think I put it in there after I cried at the office... the rest of the words followed as its about your inner saboteur and the internal monologue between the good and bad voices in your head and fluctuations of confidence! Then we all came together as a band and structured it and finished it off!"