#MusicMonday is the hashtag I've been using for quite a while to share music recommendations from up-and-coming artists. Always fresh, and always different, trying to look for trends before they become one. You can check January's review, 2010s: A Decade in Music, or 2019 My Year In Music to see some of the most recent posts.

It's officially 2020 as the new releases have begun rolling out, and, judging from this sample, a good year is ahead of us. Here are some highlights, with a few words from the artists themselves:

This month's starting point: Brooklyn, NY. with an uplifting song looking to inspire us to step right up and shake off our worries with rhythm:

"I wrote this song about a friend that was going through a really rough time, nothing was going their way. I wanted to make something that would turn their mood around, get them up and dancing, and even allow them to cathartically scream the words of the chorus with me."

The Swell Fellas - The Saga of Sir Goosenberry Jr. 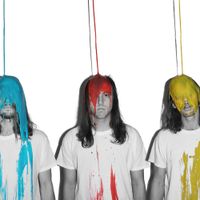 From Ocean City, MD, we get a psych rock track with a very interesting message:

"It started as an idea by observing the standard American life style or status quo from an outside perspective. Go to school, get a job, pay off debt, buy a house, etc etc. and then asking ourselves the question why would anyone submit to that if they don’t like their studies, their job, their life?

Some are left feeling like they have to go through with it because it’s what the average American views as “normal” and that could potentially lead to an ultimate sacrifice of happiness and freedom.

The Saga is a play off of this submission to the norm but set in earlier crusade-esque times where instead of school/jobs we dive into religion/warfare... which unfortunately I guess could still be relevant in modern times (besides the swords and suits)."

If you have ever lived in a snowy place, like Minneapolis, MN, you'll feel right at home with this cool emo track:

"Being out of Minnesota the winters are pretty brutal here and it would get real cold and dark outside and just really mess with my own and many people I know moods and outlooks. The theme of winter is kind of there to represent the odd and dark feeling someone struggling with anxiety or depression may feel, and sometimes it's even directly from the gloomy weather itself.

The track is just kind of a reminder of the yearly struggle many of us face or all year round, but the fact that things are always bound to get better.

Winter's only temporary and spring is just around the corner and the good vibes will be back eventually. It's a more uplifting song of ours for sure so it really was just meant to be a helping hand for anybody going through similar struggles who could maybe relate and gain something from it." 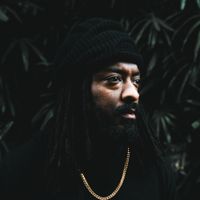 Some of us never know what love is

From Houston, Texas, this track tells us that sometimes we can do better on our own, specially with the wrong kind of people hanging around:

"Just past experiences running and coming across disingenuous people, betrayal, repetitive lies, things of that nature, not receiving what’s being reciprocated."

One last stop in this month's journey: Belfast, Ireland, with a nice indie rock track about wanting to escape and go far away.