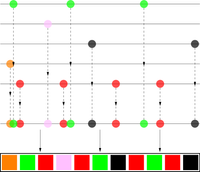 Peter__
Community Legend
Looking forward to this change happening in all of the apps!
0 Likes

The shuffle function still isn't working correctly in that it IS NOT random. I have a playlist with 400 songs and the shuffle function plays the same 50 -100 songs over and over. It seems to favor particular artists, which leads me to believe that it isn't really random and that maybe those favored artists are paying a premium to have thier songs play more often. This is a huge problem and it's extremely annoying to the many users that utilize the shuffle function.

I wish you could do something similar to your radio algorithm picking the next songs, as it repeats the same songs of the same artists too often. So if it got to be the same artist, at least choose another song from his back catalogue than one hour ago.

By the way, how come that Spotify does not have to obey the radio streaming rules for same artist / same song that other streaming sites have to embed in their algorithms?

What I wanted to say is that I appreciate your improved shuffle mode especially when using it on the Songs section of Your Music, thank you. 🙂

It seems that whenever I shuffle a playlist, the shuffler's logic tends to pick some specific songs, and they always come up for play as a 'priority' compared to other songs.

(this differs from the complaint that some people have, that they get the same songs twice on a single 'shuffle my playlist' run. As long as I don't press 'shuffle' again, I won't hear the same song. But the shuffle logic will always choose a few specific songs and throw them in my face very early in the shuffle run, which is very annoying).

It's almost unbelievable to me that such a simple process is broken.

The only remaining explanation I can give is that Spotify deliberately chooses the songs that are cheaper for Spotify to pay royalties for.

Whatever the reason is, I hope Spotify cleans up its act, because it's millions of customers paying 7 euros per month for a broken product that is very easy to fix.

I came to this discussion with the same exact issue. I love Spotify and the option of making my own specific playlists, but the shuffle option aggravates the heck outta me! I like to listen in my car or while I'm working, and it's really annoying to have to take time to flip through 20-30 songs that I hear EVERY TIME I play the playlist, just to get to something "new".

SR_Penny
Music Fan
Just a shame that 'shuffle' doesn't work at all. Same problems as other users (such as above). Infuriating.
4 Likes

Peter__
Community Legend
On which platform? I'm not convinced the "new" shuffle is in all of the apps.
0 Likes

I have almost 6,000 songs on my playlist and i hear the same songe over again in a single days listening

We don't need algorithms. We need a real shuffle and NOT a random play function. I suspect this is more difficult to implement as only being able to queue 50 tracks is going to be a limiting factor.

jeremygoh
Community Legend
@meahtenoha any updates on this rolling out on mobile? The same songs are being played over and over again.. Been a few months since this article was out.
0 Likes

It would be great if we could get some feedback from Spotify on this.

It seems we are talking to ourselves here..

Hey guys, this new shuffle algorithm has been rolled out on rolled out across all platforms, but that we're always looking for ways to improve/ gather feedback.

Could you give us more specifics about what you're seeing? Is it all on devices?

Meredith, thank you for getting back to us.

Some inital feedback: it seems that my shuffle 'randomness' has indeed improved. A friend of mine using Spotify, reports the same.

However, I now noticed an issue that other users mentioned earlier: whilst shuffling a playlist of about 300 songs, the same song appeared twice within less than half an hour..

In my opinion, it would be much more convenient to 'recycle' songs only after the whole playlist has been exhausted.

It's really improved. I hear so mucj great songs without same artists near.

Feedback: could it be possible to not play same songs (or keep current play queue) when I change from speaker to smartphone etc. Now I hear sometimes songs I heared on speaker 15 minutes ago...

This is really not much better, all that happened was that the system added some other songs to play and now I´ve heard them more than i wished also. The "improvement" was only on my PC at home, on my Iphone it´s still as lousy as before.

I think it´s embarrassing that it hasn´t been solved yet, the problem has been known for years now.

I don´t think that the solution lies in more complicated algorithms, it obviously isn´t working.

Couldn´t you just add a function that hides the played songs until the list is played to the end. I believe that would solve the whole problem, even when using the first algorithm. 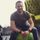 I've noticed a bit of improvement, but it's to the point with me that I deleted the songs that kept playing just because I was tired of them.

I still haven't noticed an real improvement on my iPhone. As for the desktop versions I use (Mac at home and Win at work), they've got worse - a lot worse - following recent updates.

Peter__
Community Legend
I think it has got better on desktop for me, although this bug drives me insane!

I felt equally annoyed by Spotify’s shuffle play and also had the feeling, the same songs were played over and over again. So I created a playlist of 50 songs and conducted a little experiment:

I shuffle played all 50x songs and to my surprise each song was only played ONCE until each single song of the playlist was played. After that the shuffle function started all over again and shuffle played the 50x songs all over again. In total I repeated this experiment four times and to my surprise it worked perfectly. No song was played twice within a 50x-song-cycle.

But because my feeling told me, something must be wrong, I continued with other experiments. I hibernated my laptop but still, the shuffle play worked perfectly.

Eventually I found the problem (at least what I consider to be MY problem). I listened to 25 songs out of my 50 song playlist and switched off Spotify. When I switched it back on again Spotify would still remember which song I played when I switched it off. However, Spotify forgot which 25 songs I played before so the whole shuffle play started all over again, also playing the 25 songs it had already played.

The same happened when I played a song from another playlist, artist or album. Spotify simply doesn’t remember the songs it had already played.

To be honest I’m not sure whether this means Spotify should remember the songs it has already played or not, or whether there should be an option to switch that function on or off. For me personally it means, shuffle works just fine in a lab environment. But in real life, at least in my life, where I interact and randomly choose to listen here and there and then return and forward and go back again, it means it is highly depressing and frustrating. So remembering the songs which had been played would just solve the problem.

PS. Unfortunately I cannot upload my Excel file of my little experiment to show my results, but I can send it to anyone who is interested and wants to check the data and results.