As I'm writing this, it's June 3 — or as Bobbie Gentry said in "Ode to Billie Joe," "the third of June, another sleepy, dusty, Delta day." That set me off on a tangent, thinking about songs that mention specific days or dates and wondering how full we could fill a calendar.

Here are a few other songs with dates either in the title or the lyrics — one for each month of the year. Can you think of others? Share them here!

rossi1911
Community Legend
I got one but it's in my native language if you don't mind...

I would never have found that Gigi song if not for you, @rossi1911. Thanks for pointing it out!

"Firework," of course, is a great choice. There will be a lot of Fourth of July songs, but that's one of the best. And the two songs you posted make me think there are holidays in several countries with songs that mention the date (or at least the day!).

Like Boxing Day (Dec. 26), which doesn't get much attention in the U.S.

rossi1911
Community Legend
11 Januari was a song about two lovers who started their relationship on that date. Not a public holiday in my country 🙂

This one says "21st night of September" in the lyrics

Casimir Pulaski Day is a local holiday officially observed in Chicago, Illinois on the first Monday of every March in memory of Casimir Pulaski (March 6, 1745 – October 11, 1779), a Revolutionary War cavalry officer born in Poland as Kazimierz Pułaski. He is praised for his contributions to the U.S. military in the American Revolution and known as "the father of the American cavalry".

And I can't think ot anybody better suited to remind us of this special day than the wonderful Sufjan Stevens! 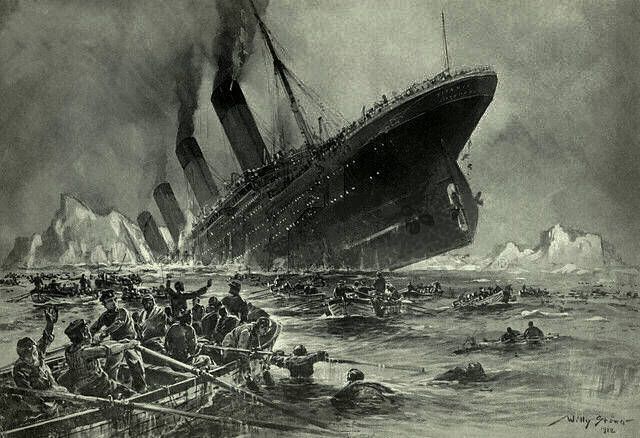 On the 15th April 1912 the ship Titanic hit an iceberg and sank. This famous catastrophy was set to music by the american Metal-band "Metal Church" on the album "Blessing in disguise" (1989). The date is part of the title of the song:

That reminds me of another one, @heartscore — because while the Titanic sank on April 15, it actually hit the iceberg on April 14. And that song is part of the inspiration for the Gillian Welch song "April 14th Part 1."
spotify:track:3f9HJzevC4sMYGDwj7yQwd

April 14 was also the day Abraham Lincoln was assassinated in 1865 and the day of Oklahoma's Black Sunday Dust Storm in 1935, all of which are referenced — as is the date — in this second Welch song from her excellent Time (The Revelator) album.

@brian_mansfield Ah, you are right, it happened in the night and the Titanic hit the iceberg at 11:40pm and sank on the 15th.

Thank you for introducing me to Mrs.Welch, the first song reminds me on early Joni Mitchell, while the second track surprises with traditional Blues, a versatile lady.

rossi1911
Community Legend
Found this while I was listening to Owl City's album...

If I helped you, likes please!
If I answered you, Accept as Solution!!
What's a Spotify Rock Star, and how do I become one?

Check out my backstage interview

September 22nd is referenced in M2M's The Day You Went Away