I've tried to uninstall and reinstall Spotify on my phone.

I have a premium account, and haven't been able to use it since iOS 8 came - extremely frustrating.

Amstaff
Regular
Oke, this is an age problem I think.
Or its because i am dutch.
If you over 40 years, then TWEEK package/ FLEX/ADD PATCHES etc...

please, i want to try it, but do your best to explain it to me like I am 6 years old.

cyberfatty
Casual Listener
First off, I'm not sure this forum is the best place to be talking about hacking their app, your device must be jailbroken. Go to cydia and install flex 2. Next find the app you want to patch, download and apply the patch. Simple as that.
Reply
0 Likes

I have JB and have had since years and just yesterday my Spotify started to crash. I uninstalled some cydia packages and is started working again. No flex, no nothing.

There is no better place to discuss about how to make your paid for software work on your paid for phone. Remember Jailbreaking is not illegal. And should not bother software editors. It's your own choice to get the best hardware with a slightly less privacy invasive software.

Why should there be a problem with JB while rooting an android phone is easy as pie and does not break anything? Apple is way overconfident with its IAP and licensing systems.

And if they ever kill Spotify on JB phones, that just proves their developpers suck. There's so much you can do on your own phone, and server side authentification and stream processing should be enough to insure Spotify suits that their income's safe. Plus, considering EU laws about privacy, jailbreaking should be mandatory, or apple products should simply be banned from EU markets. Let's just conclude that the US are not the only "democracy" (rofl) hijacked by lobbies.

Anyway, I can tell you that Spotify 2.8 with the Pangu untethered JB on ios 8.1.2 (iphone 6 at least) does work. It's running flawlessly right now. While I can confirm it works, just don't use the JB to get premium without paying anything. Spotify is still the best way for you to listen to music while providing artist with a due remuneration. At least, if most of your taste does not include mainstream **bleep** produced by billionaires - in that case I would recommend hijacking the premium service :)-

Ok so, it does work, but you still have to bare with the retarded playlists for the masses being pushed on every launch, and to have to click half a dozen time to reach YOUR MUSIC, which should be the only part you've any interest in. But that 's another story :)-

Okay, I have a JB iphone6 on 8.1.2 that used TaiG. When this update hit, I cannot play my PAID FOR premium subscription of Spotify. It just does the whole crashing thing.

I have xCon for DirecTV (since they're idiots about the jailbreak thing even though I pay for it too).

This needs to be fixed immediately for PAID FOR premium subscribers. I don't waste my hard-earned money to have it blocked because I choose to use my phone the way I want it to be used for. I don't have a single "free" paid-for app as I fully support developers and everything else these days. I just prefer my phone my way.

Could you try doing a full reinstallation of the app, including removing your local cache/data files.

Note that jailbreaks may reduce the stability of iOS and affect installed apps.

Calibrae
Roadie
BS SPOTTED.
Jailbreak DO NOT make your phone unstable. Bad jailbreak tweaks do. JB just returns the ownership of your phone back to you.
Anyone with half a mind should JB their iphones as soon as they get them. I sure as hell do not fancy knowing Apple can track everything about me from my phone, whatever the EULA contains. Heartbleed proved all EULA wrong.
For these companies, you're just a data **bleep**ting bacteria.

@jrdelaney Well, you find yourself in a tight spot. DirectV or Spotify, you'll have to choose. Or, you could just cancel your spotify subscription and check what the competition has to offer. Or, maybe you could find another "anti JB detection" tweak that works with DirectV and does not **bleep** up Spotify.
A simple google query with directV jailbreak iphone returned quite a few solutions mate. Good luck.
Reply
0 Likes

I deleted xCon and Spotify still didn't work. Thanks for the ideas though!

JB is completely stable. I ran the iphone in safemode and it still wouldn't work. So it's 100% Spotify that is the issue.

Once you got xCon out, try wiping Spotify off the phone and reinstall. That's what I had to do to make it work.

the fact that it does not run in safe mode is a bit worrying indeed. Still, trust me, I had these issues for a day, and I maybe deleted/reinstalled Spotify a couple dozen times.

Superman1
Newbie
Hi, i just update to spotify 2.8.0 and it crashes every time i try to log in, I can't past the log in step before it crashes. I'm runing ios 8.1 on an iPhone 6 plus.
Please help!
Reply
0 Likes

Tried the wiping off xCon and then uninstalling Spotify. Used iCleaner Pro to wipe all caches and temp files. Restarted phone. Waited 30 minutes. Installed Spotify back on, and same thing. @$#%$TK!! About time to just go to Beats Music...

WeiJian
Casual Listener
This is clearly something to do with JB detection. My iphone 5 has a 8.1.2 TaiG jailbreak. The spotify crashes everytime I launch it but works perfectly fine in safe mode.
Reply
1 Like

Yes, I agree with you mate.

If you can access a mac, you may try Pangu jailbreak instead of TaiG. and now I 've just given them a hint to screw my spotify as well.

If by any chance, a Spotify official stumbles upon this post (which I find highly doubtful) please inform your hierarchy that killing Spotify on jailbreak iDevices will NOT help your global revenue. The jailbreak community is so much tighter than anything you'll achieve with a music streaming service.

How could you not just love the logic of killing millions jailbroken clients because of a few thousands using it to bypass the monthly fee. This is something you should solve SERVER SIDE. So maybe instead of hiring engineers to monetize - who, if you ask me, are astrologers reading data instead of tarot cards - maybe you should hire back end engineers skilled in protecting your HO SO PRECIOUS advertisment system.

i have the latest spotify update on my iphone 6, every time i try to search an artist it crashes! anyone got any advice? thanks in advance

Hi guys. I have an iPhone 4S updated with IOS8. My app was crashing all the time so i've deleted it and tried to re install right away.

2: i get a grey symbol of an app, that has been saying "loading" for the past 10 days

3: i've turned my iPhone on and off a gazilion times by now and still it doens't complete

4: the app will not be deleted form my work area! i press the x, choose "delete" but the little bugger doesn't desappear

5: when syncing plugged to the computer, the spotify app doens't show on the app list. but it is still showing on my iPhone! 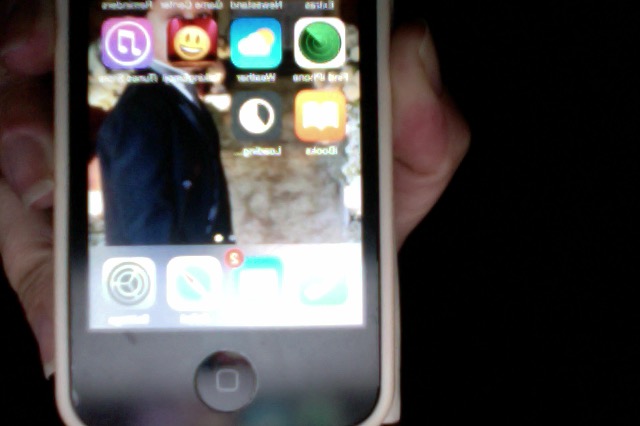 Spotify constantly crashing on my iPad, latest updates on both iPad and Spotify.

I am having the same issue! Please help! I have hard reset my phone and deleted Spotify and re-downloaded it and still the same crash.

I tried the uninstall, hard reset and re-install still doesn't work. I need my music before i leave work today! Please help.

McOwners
Casual Listener
After trying everything listed here aside from wiping my device, I still had issues but just resolved it.

MY solution: IN SAFE MODE, delete then reinstall Spotify.

Issue: Started out being forced to log in after each launch of Spotify if not currently running in background. Got tired of that after a week, so I reinstalled. I reinstalled and tested it out by closing from background and launching it, only to find that it crashes within 2 seconds of launch. I could only get 1 successful launch out of each reinstall. I tried everything listed here; region change, xcon deleted, cleaned caches, I even reverted to previous versions of Spotify and still crashes. So I booted into safemode, launched Spotify and it still crashed. While in safemode, I deleted Spotify, reinstalled it, logged in, killed it and relaunched; BAM! No crash!! Exited safemode and launched Spotify/killed it and relaunched and everything works:)