New view cuts off results in 'Appears on'

New view cuts off results in 'Appears on'

I was recently transitioned to the new view, which is... interesting. It is nice that albums and singles fall under 'Discography' without being lumped together. However, my gripe comes to the 'Appears on' section. Several artists have an enormous number of features (Alanis Morissette, Dolly Parton, Michelle Branch), but with Appears on now utilizing scrolling, the results cut off pretty quick. I've attached an example - Nobuo Uematsu, video game composer, is featured on a lot of different soundtracks but they wouldn't appear in this new version of the app unless someone knows to search for them. The app cuts off at Final Fantasy XV, released 2016, and doesn't go all the way back to FInal Fantasy III. That isn't helpful to the artist, label, and most importantly, the user. 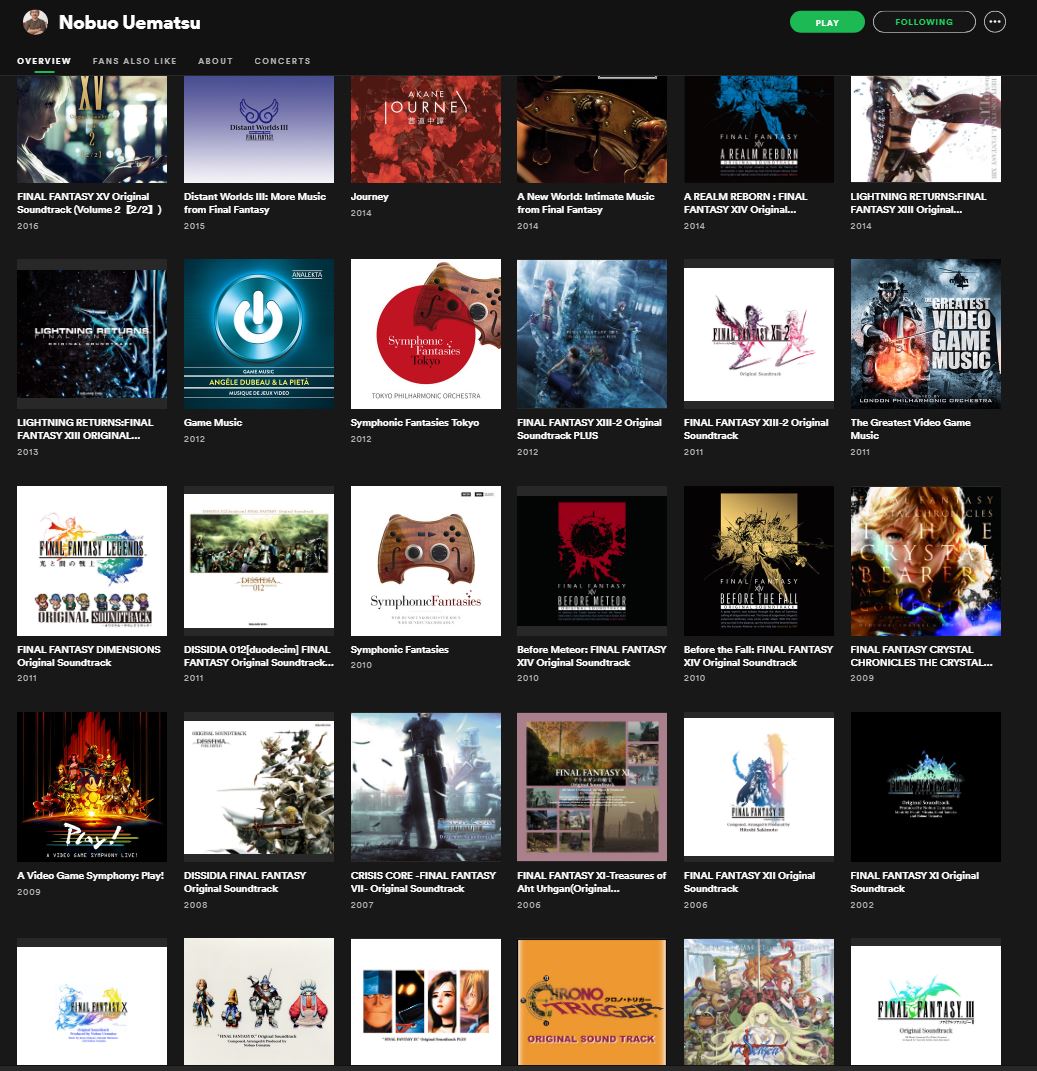