Tried clean reinstall, logging out and in, deleting cache etc. several times. I only have 1 account. Issue is happening on 2 android devices. 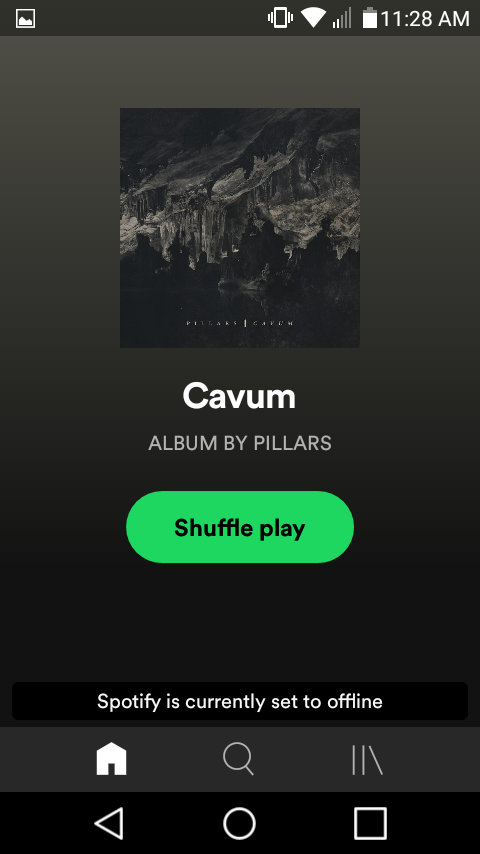 Also, checked on my Duo partner's device and they are not having this issue - downloaded albums play properly in offline mode for them. 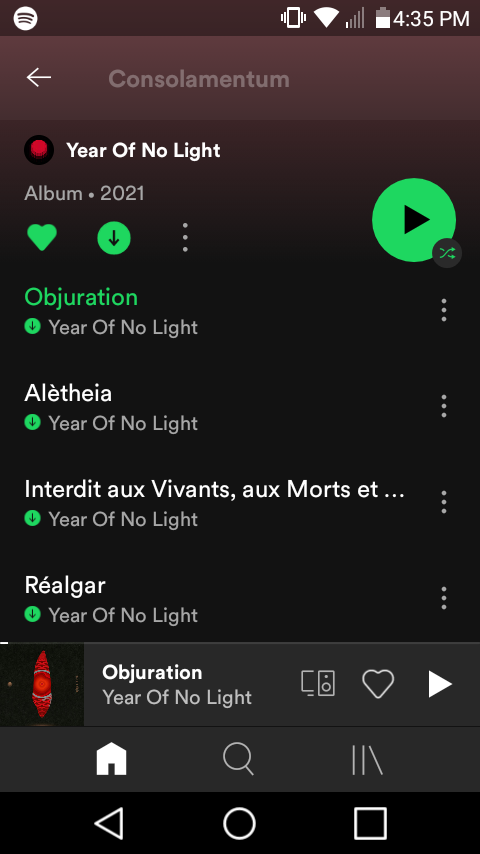 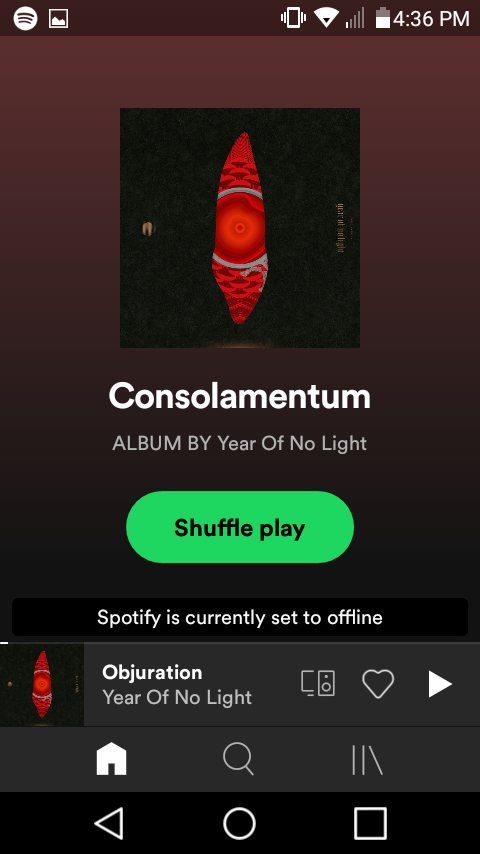 There is a workaround for the issue, when you start a song from the playlist and then press on the name of the band you can see all your downloaded songs from this band. The songs are orderd the same as in the album, and when you have more then one album downloaded form a band you have to scroll a bit to find the beginning of the particular album you want to listen to

Step 1:  Start a song from the Band and then press on it so it goes to full screen

Step 2: Press on the Name of the Band

Step 3: Find the first song of the album and start it, it will normaly play through the entiere thing

thanks a lot for your reply! this workaround helps. we shouldn't have to do this just to listen to an album in offline mode, so still hoping that there is a solution to this issue.

also, i get inconsistent results for different albums, so there's definitely some bugs in my app. for example, it doesn't work if i have more than 1 album by an artist downloaded. then i get a page that looks like what you'd get if you're online, but of course i can't play anything because i'm offline 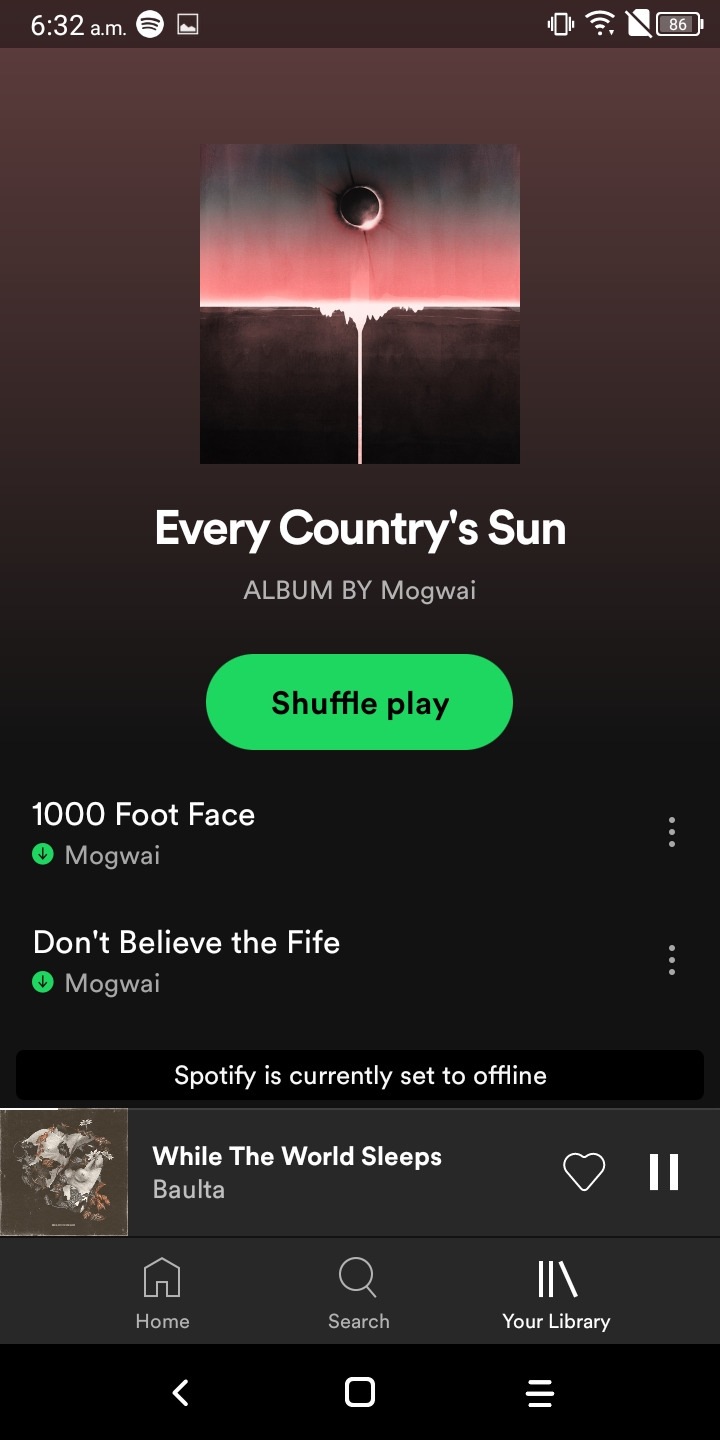 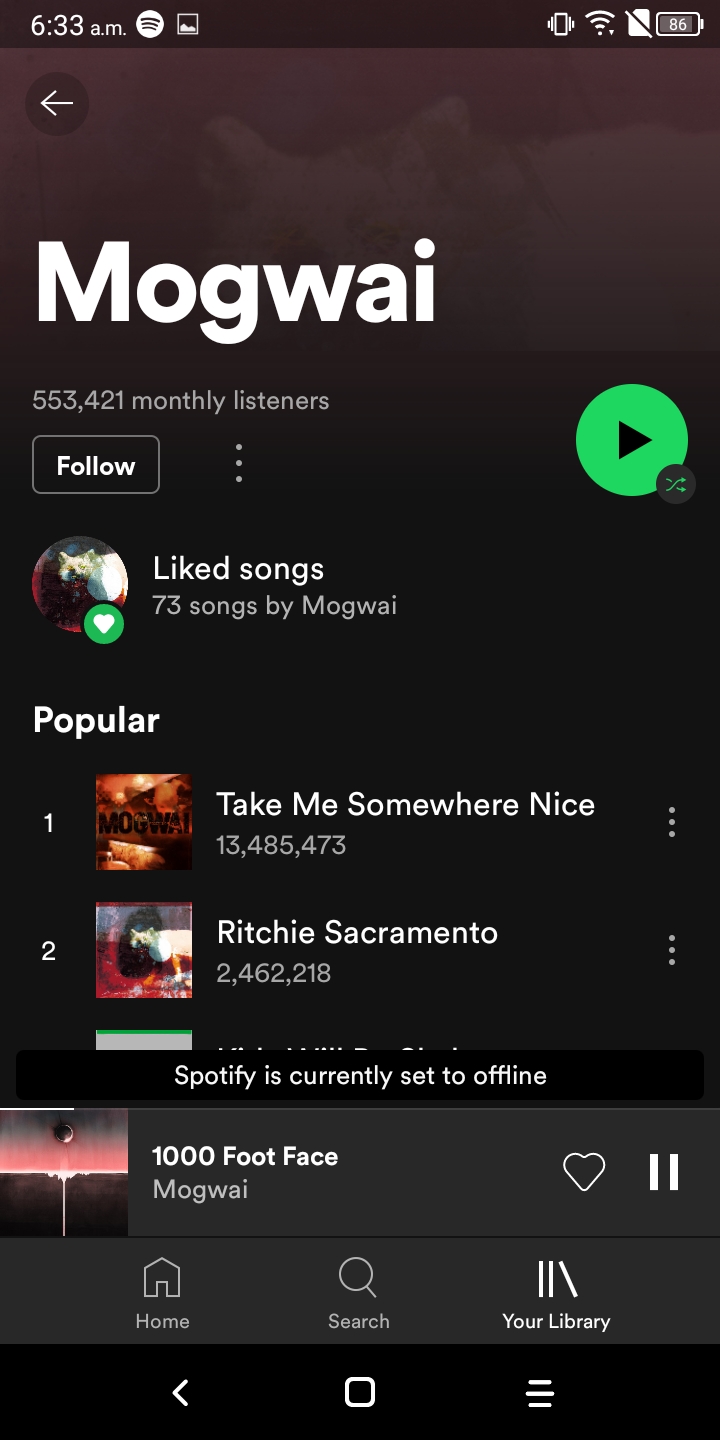 i also have some albums that show no songs, and some albums that show random songs. for example, this album only shows 2 songs for some reason. the workaround does help, when you play a song and then click artist you get to a list of songs on the album. but this shouldn't be the only way to play an album in offline mode. 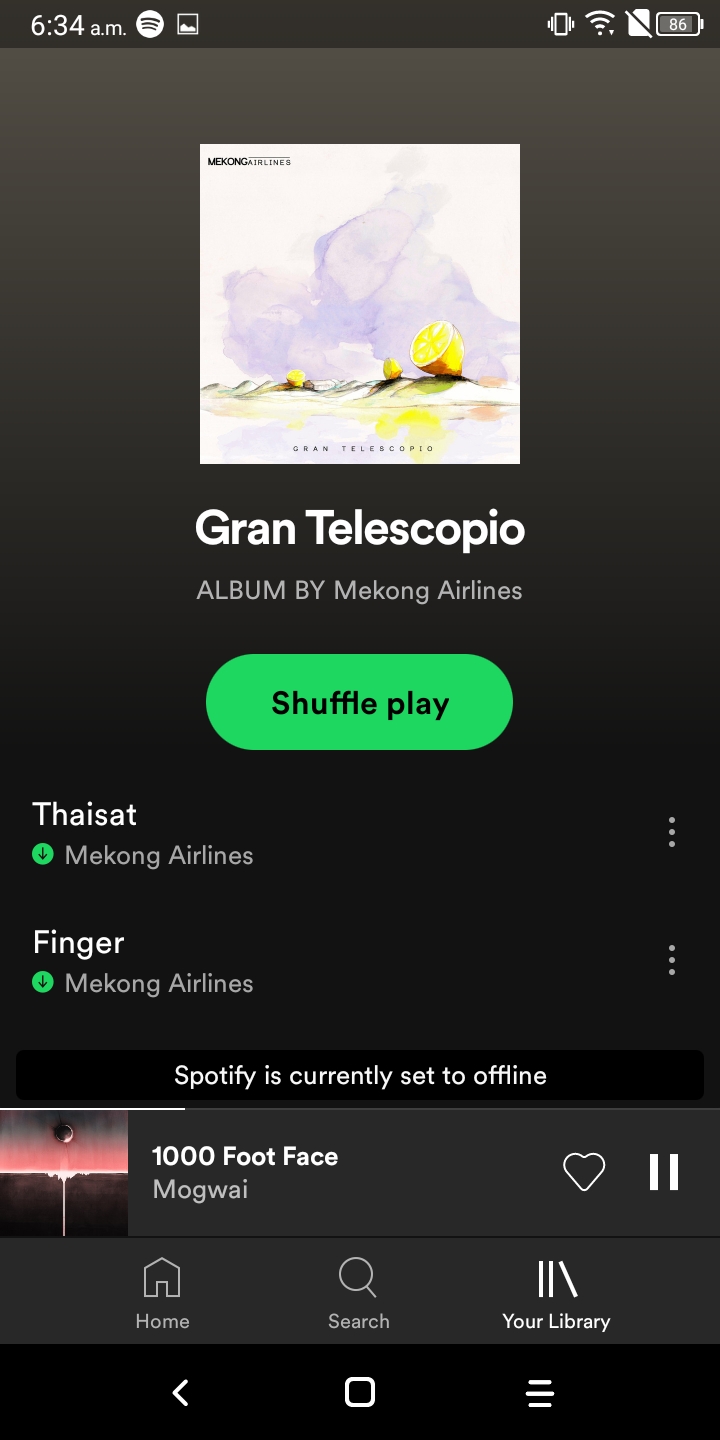 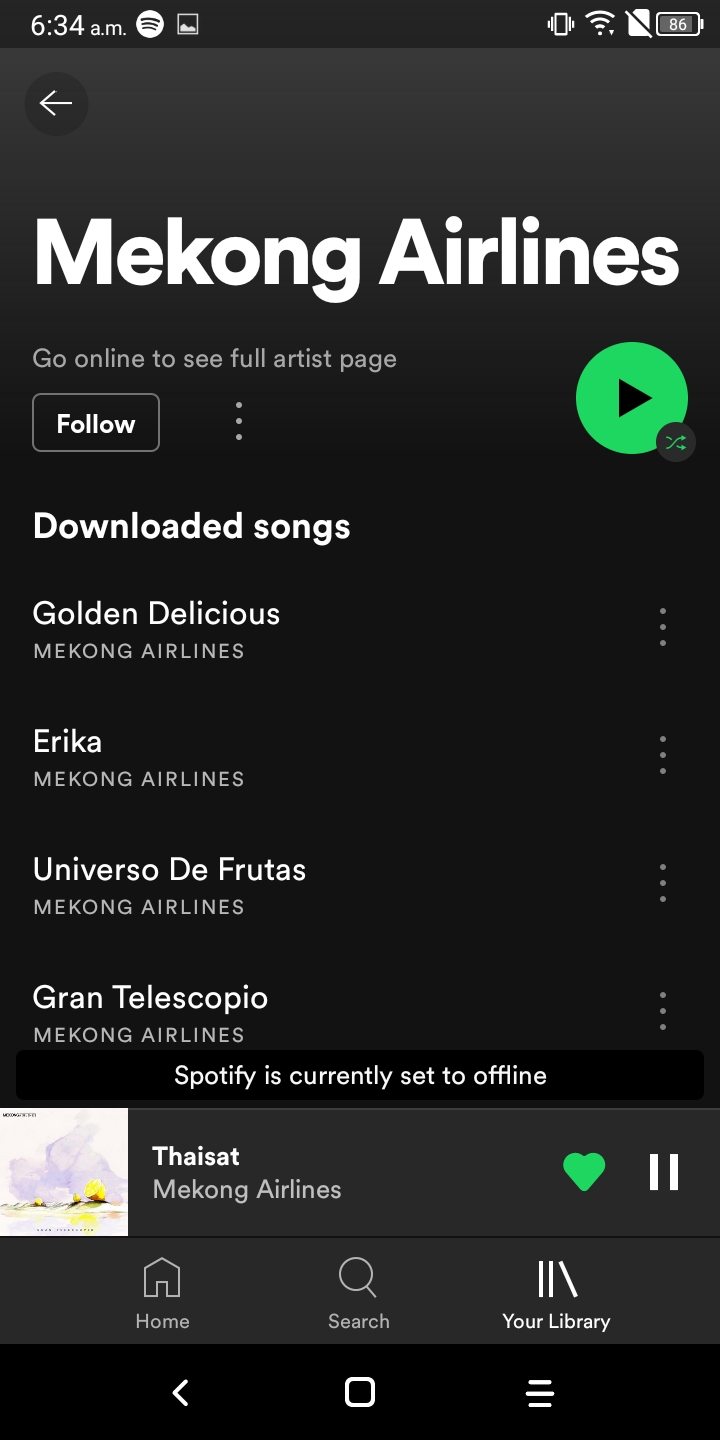 I completely agree I specificly have premium bacause of the feature that i can download songs and listen to them offline, i hope they fix this issue as soon as possible

i also played around a bit more and found out its most likley an ui bug, in the first second when you open an Album you can see all the songs but then the Ui gets put over it.

I made a recording and took a screenshot in this exact moment, you can see that the ui starts to apear above the rest of the album blocking it

and you can still press the songs that are hidden behind the ui and they start to play, so that could work for the albums on which the other workaround does not work

Seems like tracklist is just truncated. Like first n tracks are always dropped. So in some albums there are no visible tracks and in some others there are like 3-5 tracks visible.

Thanks CapnJello! Mine doesn’t look exactly like that, but I found that if I click in the space around where the cover is, the songs are actually in there in order, you just can’t see them! So the reason I’m seeing no songs on some albums is that those albums have a short track list, like 3-4 songs. When I can see songs, they’re the last ones on the album. So it’s definitely an interface issue

Thanks m0x35 this helped me figure out what the issue is - found out the whole track list is there, but it’s hidden beneath the album cover. The first n tracks are covered by the album cover, but if I click in that space the songs play in order. The songs that do show up are the last songs in the album track list. So it’s definitely an issue with the UI

Just noticed a new thread with more android users who are having the same issues with tracks being hidden by the album cover in offline mode. It would be great to get a solution to this.

Thank you all for reporting this to the Community.

The team is aware of this behavior in the app, and we appreciate the workaround provided by @CapnJello.

At the momento we're not able to provide you with a timeframe for a fix, but we can recommend keeping the app updated.

st8u
Music Fan
Thanks for your reply! This needs to be fixed right away. We’re talking about basic functionality of the app. Being able to download music is the first thing on the list for “why go premium” and now album downloads are all messed up. Getting this resolved should be a priority and it’s just a matter of fixing it so the album cover doesn’t block the songs.
Reply
0 Likes

Thank you for your reply and feedback.

We understand and rest assured as mentioned above that the right team is aware of this and working on a fix.

Let us know if we can help you with antthing else.

st8u
Music Fan
Thanks. Just noting for anyone else having this problem that there is an ongoing issues topic on it here:
https://community.spotify.com/t5/Ongoing-Issues/Android-Downloaded-albums-don-t-show-first-tracks-in...
Reply
0 Likes