Hello! Since around january I've been having this issue: some tracks that I save to Your Music/Liked Songs cannot be found under the same playlist in the Android App but can be seen using the Windows Desktop App. If I look up from the Desktop App I have around 1700 songs saved to that playlist, but from the Android App I can only see a little less than 800. I've noticed that this is happening not for singles songs but rather for entire albums at once (i.e. if one song doesn't show in the android app then the whole album and its other songs won't show either).

If I try to search for the songs inside the playlist I get no results (pic 1), but can see them under the same playlist when using the Desktop App (pic 2).  On the other hand if I search for them in the universal search option I can find them and play them and they will be marked with the heart (pic 3) meaning I've liked them but they are nowhere to be found inside that playlist when searched from the Android App.

At first I thought this might be a problem regarding the Android App so I performed a reinstall but the problem remained. Later by the end of march I bougth a new phone and when I installed the Spotify App and loged into my account the problem was still there! I'm starting to think that the problem is bounded to my account and not related to the App itself but at this point I'm not sure. 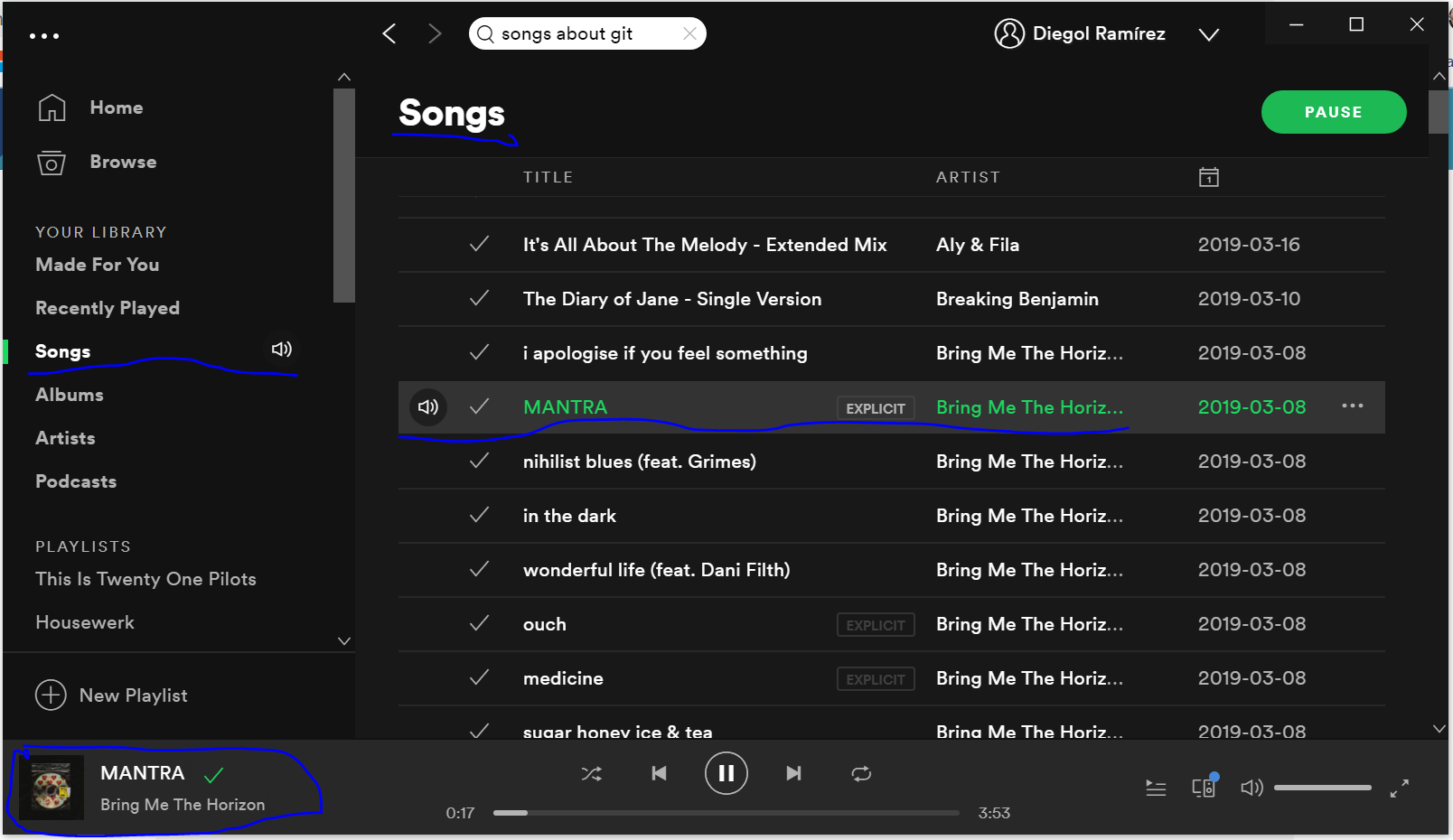 Re: Songs saved to Your Music showing in desktop app but not in android app

It sounds like you might be logging into different accounts. It's very easy to create an account with us so try logging out from all devices and log back in. Be sure to use the same username when logging in across all devices.

You can read here how to find any additional accounts you might have.

Hope it helps! Let us know if you have further questions.

Re: Songs saved to Your Music showing in desktop app but not in android app

Everything else is correctly sycing (other playlists), I'm only having trouble with Your Music/Liked Songs.