I used spotify for a while now on my Iphone without any problems. But recently I switched to android. I am using a one plus one with android version 6.0.1 and Cyanogen 13.1.2-ZNH2KAS3P0-bacon. Spotify version 6.9.0.1212 armV7.

I installed spotify, and made all my songs available off line. Everytime I start a song playing, it has a stutter the first second of the song and then it just plays like it should. Even in offline modus the problem remains. I wonder if there is a fix for this because this is not a pleasant listening experience. Thank you

Edit: tried reinstalling the app but the problem remains. Tried logging out, but nothing changes.
Also to be clear: when i start a song it gives a stutter the first second. Then it can play no problem, but when i push on the previous button for the same song, it gives the same stutter... Every time. Hope this can be fixed

Here is a video of the problem: https://drive.google.com/open?id=0B-Nyrj-iaxf5NWJYU3pfQ0dXZ28

Reply
1 Like
2 people had this problem.
Reply
Topic Options
5 Replies

BlazingEskimo
Newbie
Hey man. I also had this problem for a while (same phone) it seems that the audiofx app that comes with the phone doesn't play nice with Spotify. Just turn off audiofx and it should stop stuttering. If turning it off doesn't work, disable audiofx in the settings, that did it for me. Hope it works out for ya.

MrBrown3
Music Fan
Yes! That did the trick! I hope you don't have to do this every now and then (i mean: if you turn it off, it doesnt go back on again automatically) . But anyway, thanks for the info!
Reply
0 Likes

Im having this same issue. How do you turn off audiofx? Ive a Moto x4 with android oreo. 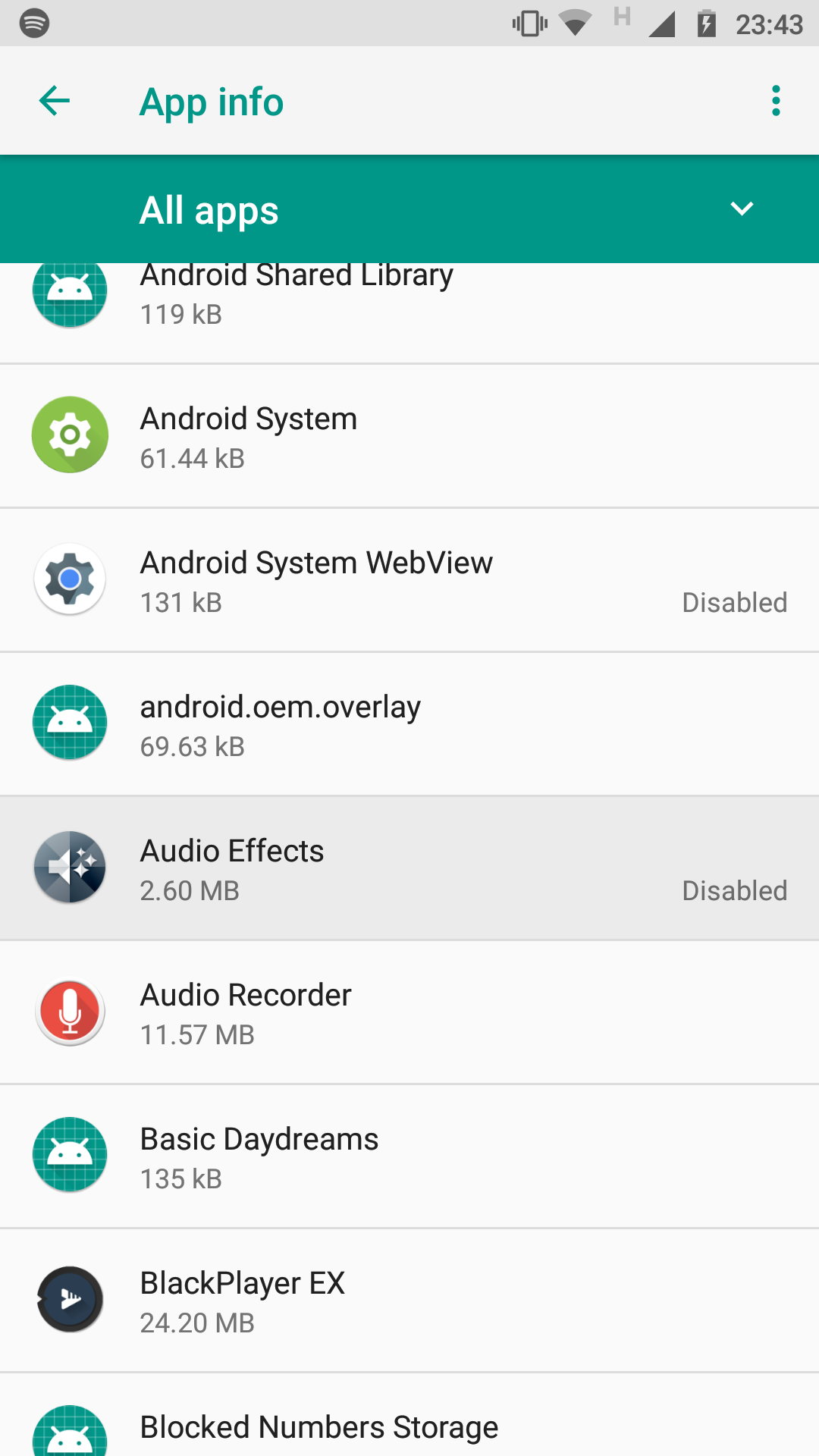