Will not sync all of my local playlists completely, ignores some songs

Will not sync all of my local playlists completely, ignores some songs

This problem started after all my songs on all my devices suddenly undownloaded themselves, even offline local-only playlists.

I have tried everything you can think of but my offline local songs will not sync correctly. Some will, some will not sync all songs - but part of them. It just says "downloaded" like it's done with all the songs (in a local only playlist) but it's NOT! Most of the songs are still greyed out. Playlists that aren't downloaded completely say "you need to online to download" and then change that to "go to settings to download using cellular".

1. Reinstall of spotify on all devices.

3. I'm on the same wifi network as my master device that has the local songs on it as well.

4. Tried going offline and online again on my devices.

5. Even creating new playlists of my local songs and it still doesn't help.

6. Tried playing a song on my phone using spotify connect to 'force' it to download.

Solution: turn the screen timeout to never or to the max amount and it will download until everything is downloaded.

Works and then gets stuck, reboot helps it go for a little bit more each time.

Any chance of a link to one of the playlists you're having trouble with together with a screen capture showing it? I'll have more questions for you later.

This playlist of over 1000 songs here had this issue but I've rebooted several times and it eventually synced all of them over the last couple hours: https://open.spotify.com/user/chiefjoboo/playlist/2Umy6iUca4NX6WdwVgXPCz

I'm currently trying to sync this one: https://open.spotify.com/user/chiefjoboo/playlist/1rV0JY2leoe1hU2BiSZfRn

and it's stuck at the moment here at this screenshot: 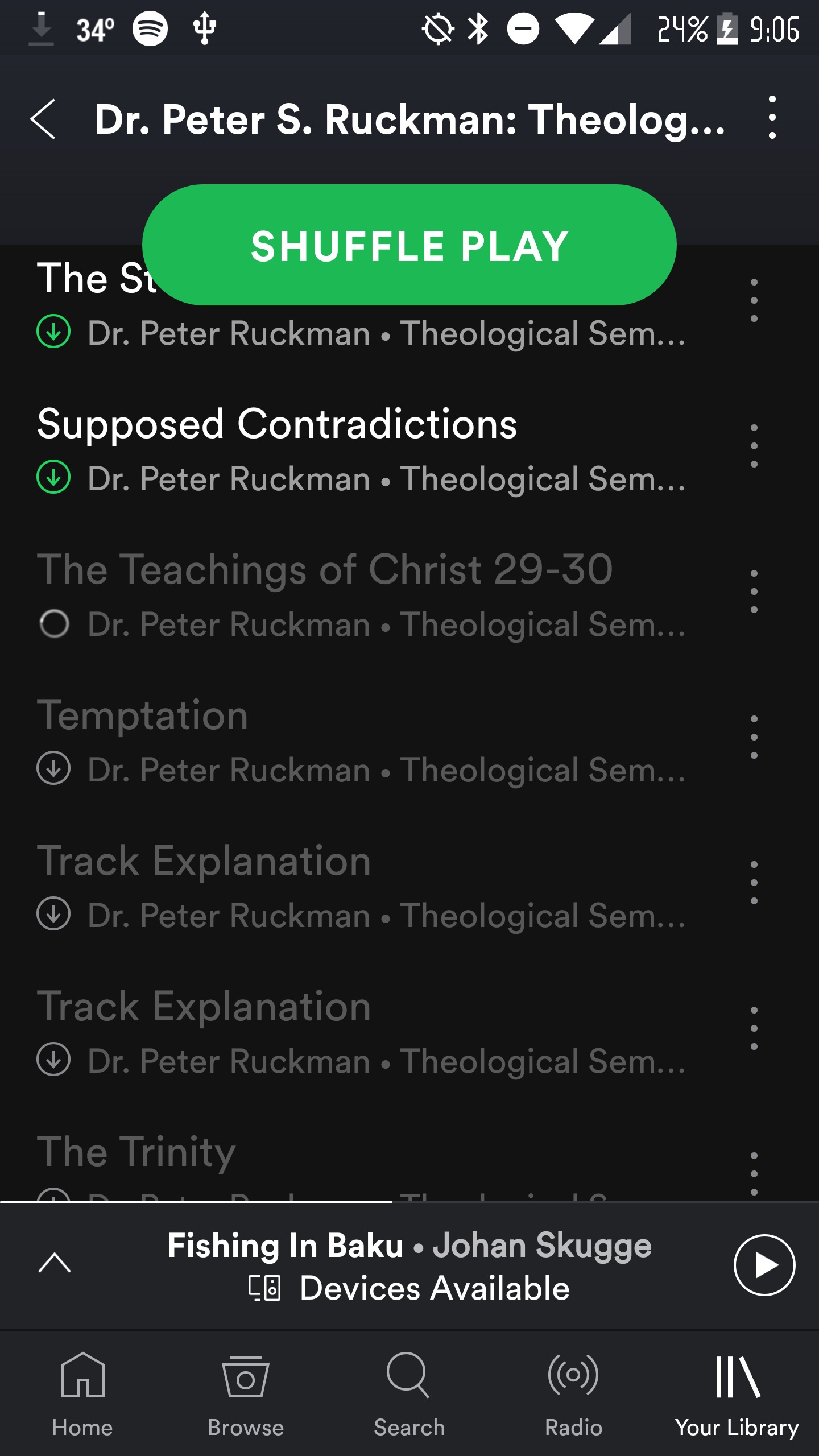 Hi again. What does it show in the notification shade?

Downloading... and says a number like 70/100 or */1200 or some number like that and it is frozen there until I turn off and on my wifi on my phone or power reset it and it moves a little more until I do that again with my phone. Took all day yesterday but I have verified all my local music now.

That's really strange but I'm glad the download finished. Next time, I recommend connecting your mobile to a power source so that it does't lock as this can pause any downloads.

This solution solved my issue when I just had it again:

All of my files are now there!