The last few days I've been noticing that the album covers displayed on the lock screen are wrong. It seems the first album I play after closing Spotify is permanently displayed, until I force stop the app. Like right now, the lock screen is showing The Smiths but the Spotify miniplayer is showing Green Day (which is correct).

Is there any way to fix this? I've already reinstalled the app.

Not a huge deal, but a bit odd anyway

I am having the same issue.  I am on a HTC one M8, Android 5.0.2.  Noticed this a few weeks ago.  I dont recall any updates or anything like that.  Seems to also effect the display in my car when connected via blue tooth.  The app works just fine otherwise.  In order to get it to work properley I need to restart the phone.  I have tried to re-install spotify as well and still no luck. 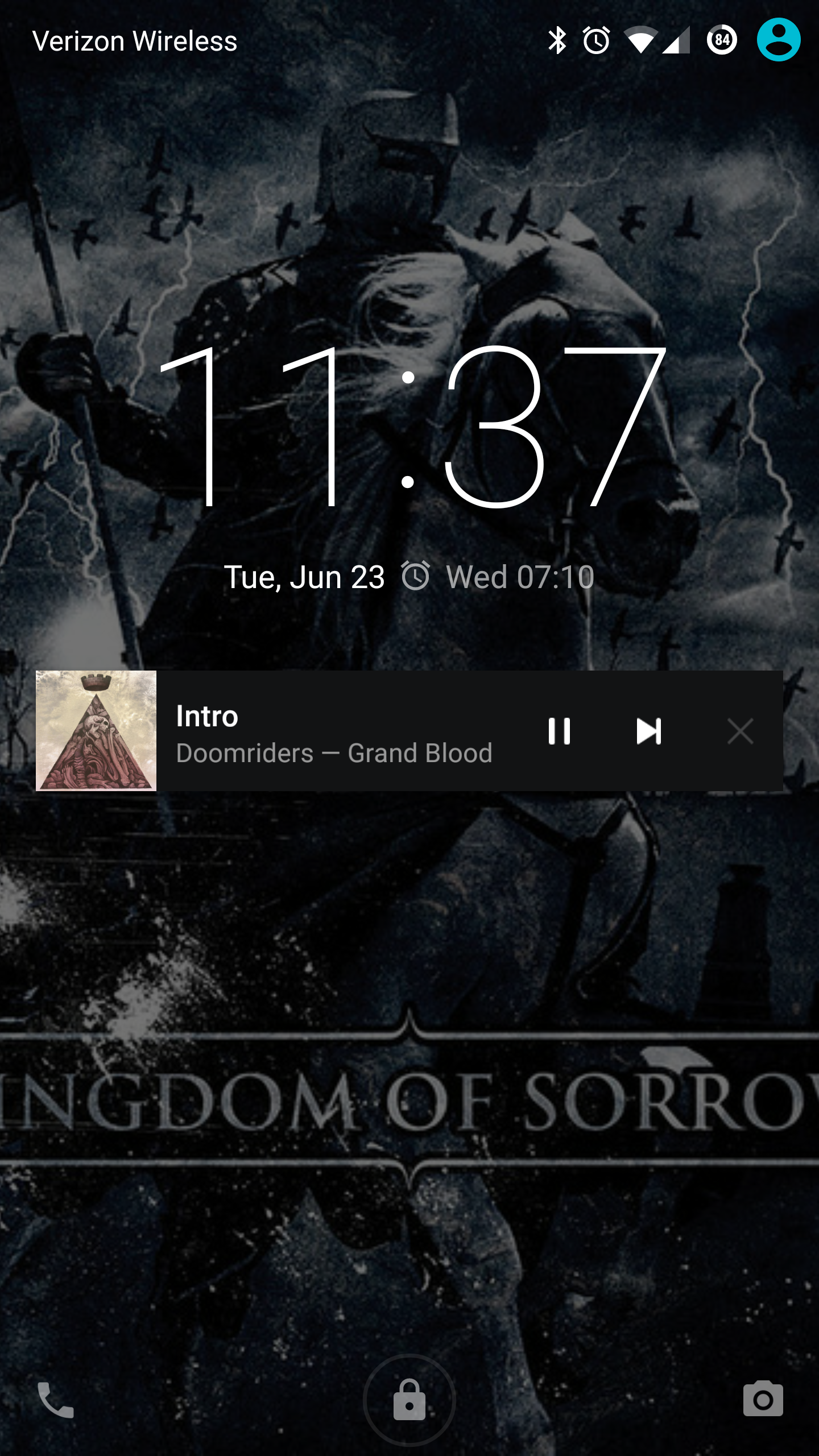 This is happeneing to me, too. Wrong album art, and wrong bluetooh titles in the car. This happens every single time they do a major update. This happened to me immediately after the GUI update. In fact the update didn't actually "take effect" until today. Originally all the update did was break everything. It's still broken, but now I finally see the gui changes. I have stock everything Nexus 6.

Spotify help itself has been atrocious. First they immediately closed my support ticket without asking. Then I tweeted at them, and they still didn't take the time to actually read my issue. This after I sent them the ticket number. Now they are having me try a test account, but because of spotify connect, I can't actually use with multiple people using the account. This in addition to that account being even more messed up than mine. I have been a *paying* customer since nearly the beginning. I *know* this update is messed up. It's happened to me countless times before with multiple devices. I work in IT, I know how to speak the language. I know what to tell the people. I shouldn't be nervous every time I hit the update button, that it's going to completely break everything. And I refuse to reformat my phone to make this app work. All I want is to talk to someone on the phone, or to get a previous version so that it's working again

I'm having the issue with the wrong bluetooth titles as well. When it first connects, it comes up with the right titles but it never changes from that info as different songs come up. To fix this I have to manually close Spotify and start it again. From then on it seems to work right. Never had to do that with previous versions.

Same here Nexus 5 latest Lollipop update as well. This has been happening for a couple of days now. At first I didn't think it was a big deal, but it's getting quickly getting annoying.

Redfox1701
Regular
The worst part is this used to happen a lot with updates corrupting the app. Especially during major changes. I thought we were over that phase, but I guess not. This is the only app that I ever have problems with updates messing up other features
Reply
1 Like
Highlighted

Redfox1701
Regular
I just hope there is acknowledgement that this will be fixed I the next version.
Reply
2 Likes
SUGGESTED POSTS
Log In