Summer's here (already!), and we continue with another month of good music submitted by the artists themselves. Buckle up, and enjoy the ride. 🎧

Sydney, Australia is our starting point for a groovy track that surely can get you on a good vibe to start your day:

"I wanted to fuse the styles of my two favourite artists, kaytranada and kanye west, together by mixing a soul sample with an electronic dance type rhythm. But the my inspiration was brought from the feeling of awe caught with the sunrise I had experienced that morning." 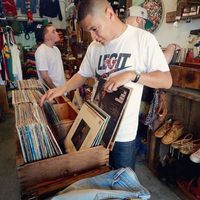 You could be anything you want, but never be an idol.

To keep the groove going, we go to the Bay Area in California for a jammin' track that doesn't let down:

"We tend to refer to lost souls as those who have passed on. In this case, I was thinking of the people around me who are still here and have had their dreams/aspirations derailed. I believe that once we stop pursuing our calling, a part of our soul is laid to rest. I wanted the song to be inspiring but in a slightly haunting way."

You are now the enemy
Walking on my own again

Is it Surf Rock? Shoegaze? This band from Brooklyn, NY won't tell, but it doesn't matter when it sounds this good:

"Lyrically the track is about sharing a home with sh*tty people. Musically we were just jamming on some cool fast paced riffs." 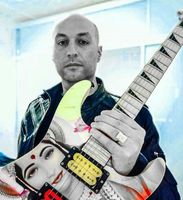 We go all the way back to Australia for an instrumental track that certainly can take us beyond the farthest reaches of the universe:

"It was inspired by the ages or cycles in Hinduism, in the sacred texts there are four ages Sathya or golden age is one of them . Currently it is Kali Yuga which is negative and the transition from Kali goes into the Golden age, an age of peace and God himself incarnates in this period."

Our trip around the world now takes us to Buenos Aires, Argentina. This high energy band brings us some modern rock about lost love:

"We usually draw inspiration from real events or people we know. In this case the inspiration came from the singer's story with his ex-girlfriend. She abandoned him and he desperately waited for the moment when she would return. So he overturned everything he felt in this song." 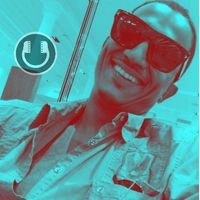 Finally, from New York, we get some trap R&B that can truly get you stress free:

"Funny story, I just went through a bad break up and me and my friends were in Harlem hanging out at Harlem nights getting wasted. I remember a jazz band just getting on stage and started to jam right in front of us. He kept saying I lost my baby and laughed which cracked me up so I literally left the club and went to my friend's studio in the Bronx and the next day, hung over, this song was the final product.

I decided to name it Stress Free because after my break up it was easy to feel hurt, lost, sad, and a bunch of emotions I was feeling at that time, but the morning after I remember listening the song and feeling stress free, so I decided to name it that."