Does Spotify dislike me for some reason? No canvases, no karaoke.

Does Spotify dislike me for some reason? No canvases, no karaoke.

Ok why does Spotify not allow everyone, or at least everyone in the same region, to get the "new" features? I put quotes around "new" because the canvas feature has been around FOREVER, and I still don't have it. There's no option to turn it on. The little button (the one that everyone tells me I just have to switch on and then the canvases magically appear) does NOT exist on my phone. I don't have the new karaoke thing either.

But then, the only thing they suggest to MAYBE get the new features is deleting all your sh*t????? No, not deleting, transferring. So I have to make a new account, individually copy/paste all my 140 playlists, and not have any followers? That is the solution? I'm sorry but that genuinely sounds so dumb.

I've done all the logging in & logging out, clearing the data, uninstalling & reinstalling the app. I've done all of it. If I want this stuff, the only option I have is to start all the way over, and that's not even guaranteed to work.

And I know that I am more fed up than need be. I know, but it is SO ANNOYING to not have the same Spotify as everyone else, for YEARS.

Is there any chance Spotify will stop operating like this? That they will start rolling out new features to all users? Like I have premium, I pay for this sh*t, and people who aren't forking over money monthly get the features that I don't get? Doesn't that sound kinda weird?

Is there any solution other than the stuff I have already tried or having to transfer all my data to a new account? Or are those the only options?

Hey, how's it going? Hope all is well with you and your family! Have you tried being part of the Spotify Beta team? I'll try to explain to you so you can access the news before other users.

The only way to really enjoy music is on Spotify online platform. The best thing about Spotify is that each of the singers' discographies that are there, they are complete. That is, there is not a single song or album that the singer has released.
It's all thanks to the fact that Spotify has direct contact with the singer's publisher and the same thing happens to each of that singer's songs. Now, in light of this, many choose to join Spotify's beta program. In short, we'll show you what the benefits of being part of the Spotify beta are, how to sign up for this version, and how to exit.

What are the benefits of signing up for Spotify beta?

The best thing about signing up for Spotify's beta is that you'll enjoy the new features the app will have before anyone else. The beta version of the apps is made available for some users to use so that they can check if the app has any flaws.

After making sure that the application does not contain any errors, they will proceed to officially release this version to the public. In short, the benefit of the beta plan is that you'll enjoy new updates early.

It should be noted that Spotify is increasingly innovating both in terms of content and functions. Recently, a feature has been added to the app that allows you to play Spotify music from Discord. Thanks to this feature, I can share your music with the people you chat with.

Truth be told, the benefits you get from using Spotify's beta are not that numerous, but their start is very prominent. If you have already decided to use the beta version of Spotify, pay attention to the following instructions as you will see how to install it.

From an iOS device

On iOS system devices, the Spotify app can be downloaded from the app store. There you can also update it when new versions are available. However, the same app store is where you go Beta version of Spotify. See how:

turn on your cell phone

In the search engine, put the word 'Beta Testers Spotify'

Being inside the result mentioned above, look for an option that says ‘Become a Tester’

When you find it, press that option and everything will be ready 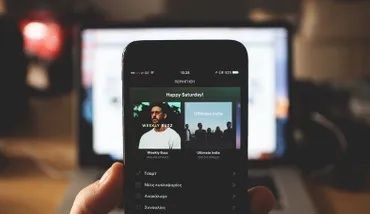 It will start immediately download the beta version of Spotify. In a few moments, you will have a close-up of the new versions of the application. This beta version of Spotify will not replace the current version of Spotify you have, but it will install on top of the version you have on your mobile.
It should be noted that Spotify controls allow you to enjoy music better. This is only possible if you improve Spotify recommendations.

Regarding Android mobile users, they download the Spotify app from the Play Store. This is also where you'll find the beta edition of Spotify:

turn on your cell phone

Select the ‘My Games & Apps’ option

Then locate the Spotify app

How to properly exit Spotify beta? 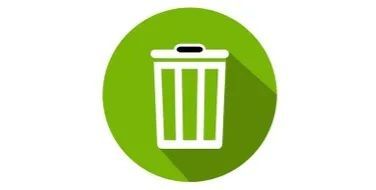 The beta version of Spotify can sometimes have issues as it is the version of an app that is still in development. Now, if that prevents you from enjoying music, it would be better to ditch this version:

Look for the 'Spotify' app

Upon exiting the beta edition, you will be able to enjoy all the songs you saved, playlists and many other things again.

What is the difference between a beta version and the Alpha version of Spotify?

There is a mere difference between these two versions. On the other hand, Spotify's beta version has brief examples of the new features that will be applied when the Alpha version was released. Instead, Spotify's Alpha version shows all the beta version's functions in all their splendor and error-free.

However, anything is possible and, for some reason, maybe the 'Alpha Spotify' version may have errors. If this happens, you can contact Spotify's technical service.

geovanebentoSpotify Star
Help others find this answer and click "Accept as Solution".
If you appreciate my answer, maybe give me a Like.
Note: I'm not a Spotify employee.
Reply
0 Likes

The beta is full, though? Is there any way to get in?