Considering the allegations made from the Finding Netherland documentary, that victims should be believed, and the actions being taken from other platforms - I feel there's a moral case for Spotify to remove Michael Jackson's portfolio of music from its platform.

There is an option called "Don't play this artist" which is currently only for iOs but i'm sure it's gonna be on all other platforms soon. You can use it the block/hide music from a specific artist. Hope this helps 🙂

I like many grew up listening to MJ. The alegations are shocking and appear genuine. Spotify and other music services have a moral obligation to remove his music. Supporting his music is disrespectful to the victims and contines feeding money into his estate.

I'm not sure what side of the fence you guys are on, or what appropriate actions can be taken in the matter, BUT you Can listen to his music and stand with the victims in support. In fact, how are we so sure that the victims and/or community surrounding the victims have not supported his music even after the allegations, and before this documentary was released,? Just something to think about. I'm a fan of MJ and will continue to listen, unapologetically. I pray these victims find belief and solace in those in the CJS that can take action if their testimonies are true and evidence can be presented.
Otherwise, walking and chewing gum at the same time is possible. Let's not forget, we were once humans that did not pay mind to listening to music and not having to worry about the splits. We were just listeners.

How dare you try to control what I listen to. I will listen to Michael Jackson music as long as i have ears. If you don't want to, don't click on it. Why do some people think they control the world.

I totally disagree. Michael isn't here to tell his side of the story. Just because people make allegations, don't make them true, especially when they are trying to get money. Just don't listen. I will listen all day if I want. I thought people were innocent, until proven guilty. And since he's dead, he can't have a chance to confront his accusers.

Hi, I was trying to accept your answer as a solution, but don't know how. Help! Lol

i cant agree with people removing Michael Jackson music from platforms.... many of us grew up on the legacy of Michael Jackson. LET HIM REST IN PEACE.... #THEKINGOFPOP - Young Sam 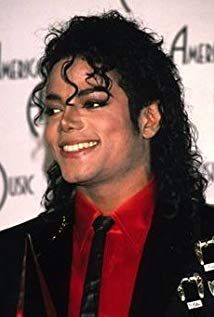 It's funny how people like you and these liars, whose stories have changed many times are concerned about Michael Jackson's money. Don't you realize that the first thing his fans will do is go out and buy every cd he ever made? Chaching! I know that's what I'm going to do. I've had Spotify premium for over 2 years, I will cancel my subscription and listen to his music somewhere else. Control yourself and stop worrying about what his fans want to listen to. You never have to listen to his music. You have a choice, makes it for yourself, and not me.

yes, but when we grew up on his music, we did not know what type of person he was.. now we know more

Nobody should spend any time listening to his music again. There is so much other great music out there. His music should be forgotten, and remember him for the crimes he commited instead.

Actually you don't. The only thing you know is two more people are lying on him.

How about you do what you want, and let me do what i want. Don't control anyone but yourself. It's foolish of you to think that the world will forget his music. What are you suggesting, mass amnesia?

There are loads of  pop and rock musicians who are superstars (and who have become very wealthy). But there are not many of these superstars that have had up to five people accusing them of having sexually molested  them as children, as well as having had members of there own staff reporting of unsuitable behavior, or even having to pay 20 MUSD to quieten someone about their allegations. Add to that his own sister calling him a peadophile.

No I'm not suggesting mass amnesia. I hadn't listened to his music for many years, and I have really forgotten a lot of his songs.

Of course you are free to do what you like - you might just want to think about it sometimes when you listen to his music - that when he wasn't singing and dancing and making music, in his spare time, he would commit peadophile crimes.

You might want to think about why Robinson wanted his wedding at Neverland. Why did he testify for Michael at his trial? Why wasn't Michael Jackson convicted of any crimes?   Why did Robinson want to be the head choreographer in the Michael Jackson Cirque du Soleil? Right after they told him no, he tried to sell a book, which no one wanted. Why did'nt HBO have an alternative viewpoint? Why did Robinson set up a charity? Because it's the only way he can get money. You think about how you would convict someone without valid proof. In your life guilty until proven innocent. I hope no one accuses you of anything, because you would be guilty just because there is an accusation. I hope you're not a Catholic, or listen to Elvis. According to Priscilla, they were intimate when she was just 14. I will enjoy Michael Jackson's music until I'm death or dead.

Michael Jackson's music shouldn't be banned at all, even if he did do something bad to two boys back in the 90s. Doing so is an act of dictatorship, and a dictatorship is what we, both the people and the law, will never allow our government to become at all. If there are people who don't want to listen to this music, they don't have to listen to them at all. That doesn't mean everybody's banned from listening to it. Michael Jackson is not a bad guy at all to everybody, even if a few see him as that.

That's not gonna happen, ok. Everybody is different, and that includes us.

Buddy just don't listen to him, I love MJ's music and little **bleep** heads like you shouldn't take that away from people that love him.  He didn't do anything to you or me. So take your concerns to some other streaming services that no one else cares about and you can complain there.

Bruh y don't u and ur hate club go find something better to do than harass MJ. Can't you actually do something in your life than just go on message boards to harass about MJ? Let him rest

His music should not be removed from the platform, because many people love his music and even more of them like to just casually go "Billie Jean" on a Thursday evening. Removing an artist's discography from a streaming platform (or store) because a group of people hates him... Is controlling what other people should or shouldn't listen to. Censorship.

I don't like him (his music) that much, but I wouldn't go and take away the happiness MJ is associated with for other listeners.

You don't have to listen to anything you dislike.

I love those artists who have only music. No personal lives, nothing else. Just music you can't even put a face on. It feels free.

SebastySpotify Star
Help others find this answer and click "Accept as Solution".
If you appreciate my answer, maybe give me a Like.
Note: I'm not a Spotify employee.
Reply
2 Likes