I have noticed this happening in the last 2 weeks or so. Every time I create a playlist (or add to an existing playlist) an entire album by highlighting them all, the tracks would get added into the playlist, however the song order would get completely messed up. This is especially frustrating as I prefer to listen to my songs in the order in which they appear in the album. I have had to re-order my songs manually every time I add them into a playlist, which isn't ideal.

Some similar problem: https://community.spotify.com/t5/Help-Desktop-Linux-Mac-and/quot-Add-to-playlist-quot-does-not-auto-... No ?

I'm having the same issue, although I've found a way around it.

Take Kid A by Radiohead as an example. (Official tracklisting)

I click the three dots > add to playlist and it adds just fine in the order I expect. 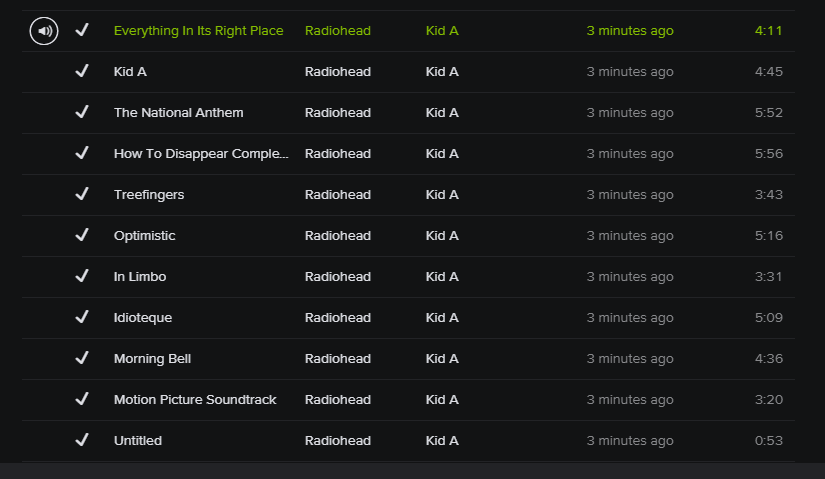 Yet if I drag and drop the songs to the same playlist - they add, but they're just in a weird order. 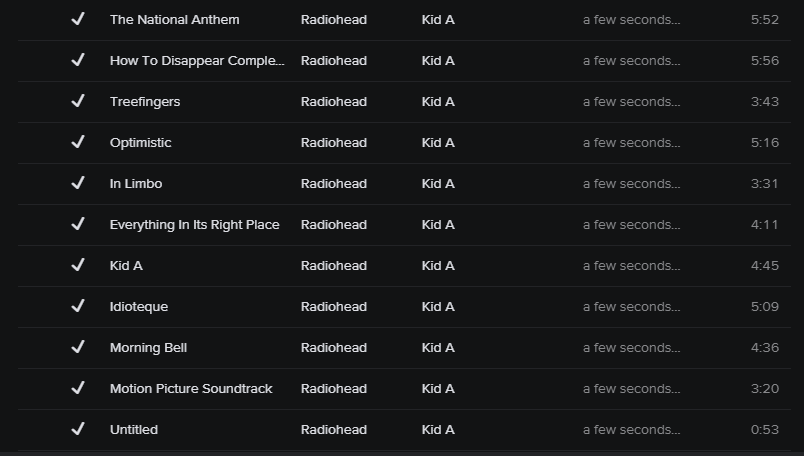 I can't concievably see what order that's in. Not chronological, not alphabetical!

It's not something that's going to really going to affect me in the long run, but I have playlists within folders, so dragging and dropping to them is so much more quicker than right click > hover > hover > hover > click.

You are right. I tried Right Click -> Add to Playlist and the album adds in the original order. I'm sure the drag and drop is a bug, is there a way this can be raised as an issue to the Spotify team?