Songs not playing when searching and more?

Songs not playing when searching and more?

As of 2 days ago, I started noticing songs would refuse to play. I'd click the song and it won't show the timer or the album on the corner. Reinstalling spotify seems to solve the issue for just one song and it goes back to messing up.

Say I search "Happy Song" by Bring me the horizon, I click play and it shows a black box with a circle in it and the play timer says 0:00 to 0:00.

The other issue I have is, my spotify playlists has a few songs in them. Say Nickelback album has 40 songs, next time I check it, it only has 15 in it.

The playlist "Power Gaming" spotify made use to have 40+ songs in it, now it only has 22. While checking my other playlist, I saw the songs in Power Gaming being moved to my own. I have not moved nor touched anything. I've just played my songs as normal and this suddenly started happening.

What can I do?

Attached below display the numbers of songs messed up because my Chill v2 playlist had the Power Gaming songs added. I got a lot more playlists that messed up and I don't know how to fix them. 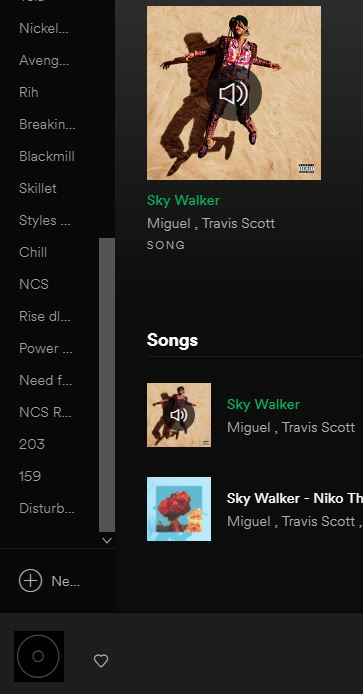