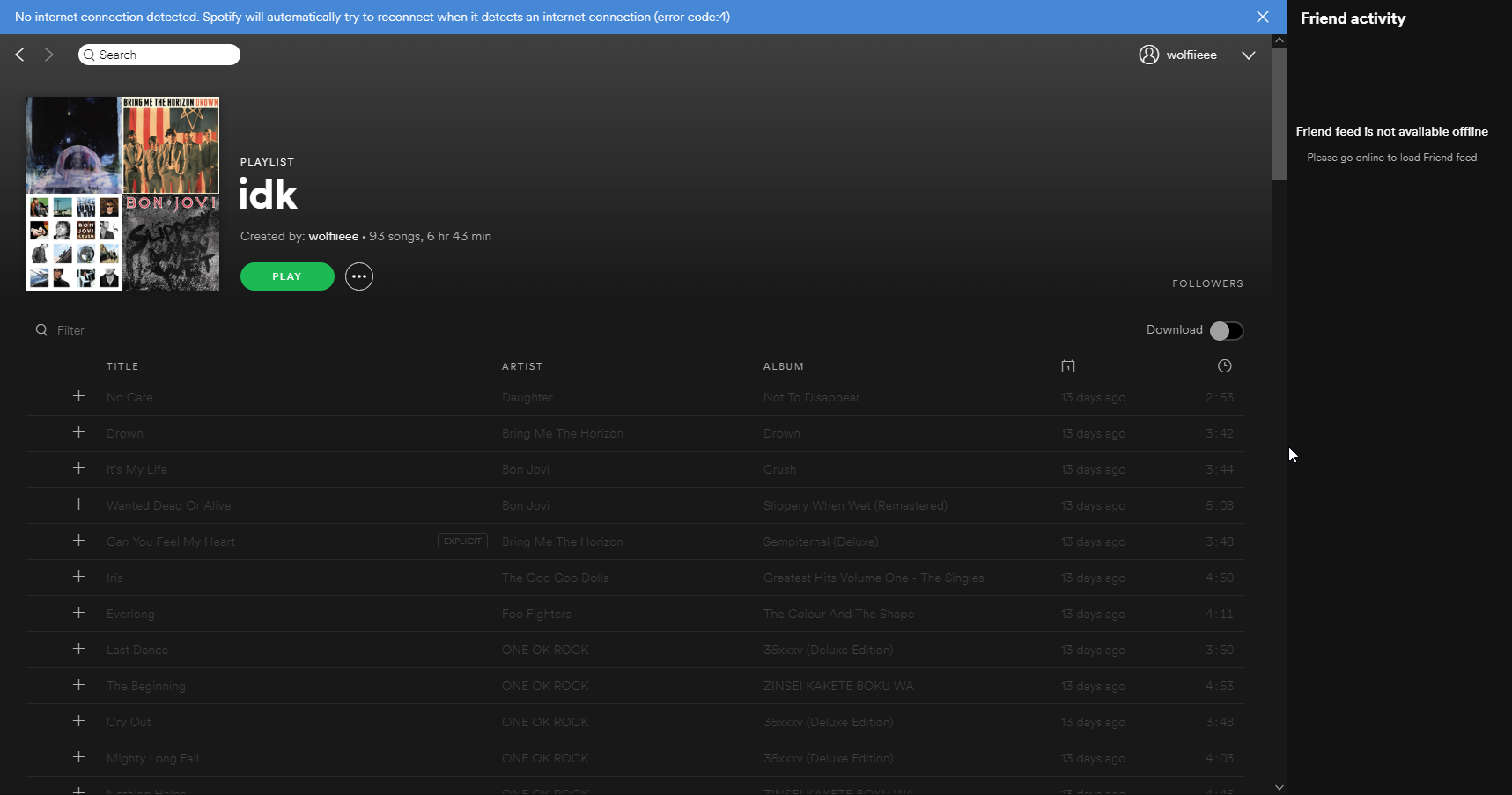 The web version of spotify works perfectly fine, and I can make an exception in firewall for Spotify and it still doesn't work (with both public and private checked), as well as disabling my firewall altogether. I can also use Spotify with no problem whatsoever on the same wifi connection but using my phone instead, so I doubt it's an issue with my router which is what I thought it may be at first.

My workaround for this at first was playing my playlist through my phone and connecting it to my PC, which used to work even though I was offline, but now it doesn't. I've looked for fixes everywhere, and I've done everything from checking offline mode is disabled, logging out and back in, uninstalling and reinstalling, trying older versions of Spotify, resetting my router, adding firewall exceptions and disabling it as stated earlier, and I'm running out of luck.

Any help is much appreciated!