[Rock] What Are You Listening To?

[Rock] What Are You Listening To?

Release: The Battles Rages On

Some content that got added to the artist profile page, I have just now gotten around to it.

Olafur Arnalds collaborated with Nils Frahm again, this time meeting up in a studio in Berlin and improvising for about 8 hours. The result was an unedited selection of about 40 minutes of pure, melancholic, improvised piano duet. Arnalds tracks piano like no one else I've heard, keeping his mics millimeters away from the strings and capturing every nuance of his instrument. It's really beautiful and worth a listen.

Always love a bit of Foo Fighters or Queens of the Stone Age!

Hey! That is great to read, any favorite songs you listened to recently by the Foo Fighters or Queens of the Stone Age? 🙂

I thought the Foo Fighters documentary movie of their lastest release Sonic Highways, I thought the documentary was rather well done and showcased some great history of U.S. music origins, and also highlighed some famous recording studios that had a part to play in it all.

The lastest release by QOTSA from 2013 was rather popular and is always a good listen anytime:

I also like the very early work of Josh Homme's old stoner rock band Kyuss. The release below from around 1994 is rather good, but I like allot of the material the band did before it evolved towards the end of the band Kyuss into QOTSA. The music of Kyuss is within the type of bands like Clutch, Fu Manchu, Monster Magnet, Masters of Reality, and Orange Goblin.

I remember seeing Kyuss and Monster Magnet videos on late night ITV before we had the internet!  The mountain of VHS tapes - thank goodness for Spotify nowadays  😉

Personally I tend to listen to one or two bands more than anything, but I try to branch out & listen to their artist radio's too

For those who got on board with the Beatlemania kick when their content got added to Spotify. These three Anthology collections of rarities, b-sides, demos, and odds and ends from the bands career landed a while back. For the music completist types only though, the three volume set includes two Lennon demos resurrected by the surviving members from around the 95-96 era re-releasing of material, with producing and mixing help from long time Beatles fan Jeff Lynn of E.L.O. fame.

This release is the third compilation composed entirely of songs from the Dial-a-Song promotion that the artist has been doing over the years.

The other two compilation releases composed of Dial-a-Song promotions.

Some music history for those not into the known and back history of this recording project from the wikipedia page: https://en.wikipedia.org/wiki/Proto-Kaw

"In the early 1970s, the band Kansas went through three incarnations, the common member in all three being composer and guitarist Kerry Livgren. The sound of the band changed along with the group members. Proto-Kaw is a modern name given to the second version of Kansas, whose arrangements prominently featured guitar, keyboards, and saxophone (an instrument not found in the following line-up.) The famous Kansas was actually the third edition of the band, and before a name change it was the third incarnation of Topeka band White Clover.

Formed in 1971 and disbanding in 1973, "Kansas II" played mostly original material written by Livgren. After Kansas II broke up, the group went their separate ways with Livgren reaching fame with the more-popular Kansas and the others assuming normal lives. Then in 2002, the band's demos saw release as Early Recordings from Kansas 1971-1973, which gave the band the new moniker Proto-Kaw. The name was derived from the words Proto ("original"), and Kaw (the root of the word Kansas, referring to a Native American tribe). Most members had not had any contact with each other for the intervening 30 years and many did not play music during this time. However, when they came together to celebrate the album's release, they rediscovered their old chemistry. Proto-Kaw reformed and at last got to record its first proper album, "Before Became After" (2004)."

I watched Sonic Highways. It was really interesting to find out about the influences they picked up in every recording space. The bands and artists featured were so diverse too, and I discovered some new bands to listen to. (Gary Clarke Jr is brilliant!).

I totally agree with you. QOTSA's "Like Clockwork" was fantastic. I saw them live a while ago when the album first came out, and they played it in it full, in order. If you have never seen them live, they're definitely worth checking out! Also, kudos to mentioning Kyuss. Great band!

As for the Foos, I'm a bit of a hardcore fangirl, so anything they do, I instantly like. Some more so than others. Their "Saint Cecila EP" was pretty good, and a new surprise, considering they released it for free. Sonic Highways was a strong effort, although not everyone 100% agrees with me. There's no denying that a lot of their classics reside on "The Colour & the Shape" though.

Glad to hear that someone else appreciates these two bands as much as me! 🙂

Well this release slipped under my radar, glad I noticed it in my Discovery page or I might have overlooked this release for a long while. This is a fantastic stoner rock release, rocks to the beginning to the end. The band even takes a hand at the Americana Blues/Folk rock with the song titled: Son of Virginia. Very well done release, the band turned it up a notch here on this release after the 2013 release of Earth Rocker. Anyway try and catch this band live if you can, I have seen them several times, and they are always a good fun rock band live.

Well I was looking around on the B.O.C. artist page and noticed this release had been added sometime, not sure when exactly? This is a concept album based on ideas from music producer and manager of the band Sandy Pearlman, going back to the second half of the 1960's before B.O.C was B.O.C. and was undergoing various band name changes and band member lineups as well.

The recording project was original envisioned as the first in a trilogy of work from original drummer Albert Bouchard, but was fired from the band before the project could be realized, and the album project was carried over by the remaining B.O.C. members in a revised form. A wikipedia article on the album's historic beginnings and the eventual recording, as there is just too much information to relay here: https://en.wikipedia.org/wiki/Imaginos

Oh and there are songs from the writing ideas of Imaginos by Pearlman scattered out among the first four B.O.C. releases.

This release popped up on the artist page this Friday, one of those early Hard Rock/Metal bands with a very heavy AC/DC influence in the music production sound and vocal direction. Very good early 1980's Hard Rock/Metal for that nostalgia feel.

Well this release slipped under the radar even with me following the artist. Seems it was released during the week in July on a Tuesday rather than on New Music Fridays that most labels have opted to go towards now. Anyway onto the release, I must say I like this release very much, even though the band throws in some new stuff sound wise, the current band lineup seem to be channeling some of the early classic Alternative Rock flair from the early days from the Rotting Pinata/Wax Ecstatic era.

This is the last known lineup from the wiki artist page, not sure how accurate it is for this release music output?

I could also swear on a few tracks the lead singer Vinnie here is using some vocal influence from the deceased Scott Weiland? Ehh, whatever, Vinnie's vocals seem to have his alternative rock charm none the less. I would have posted this on the new music Friday's thread and then realized well it was not released on a Friday anyway. 🙂

Anyway great alternative hard rock for fans of the music genre, the release is well worth many listens I am sure. 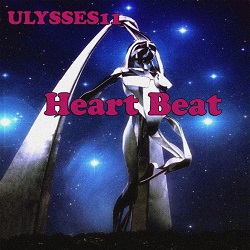 Not sure when this release was added to the artist page. Contains music intended to be the follow up release to the semi known release Double Eclipse, but line up trouble and other things delayed the release, along with the grunge/alternative rock/metal explosion on the music scene, the content finally saw it's release 10 years later with a new lineup of the time. This release contains song ideas from the early 90's, and has at least one song with writing credits and guitar parts recorded by Neal Schon of Journey and Bad English fame.

Lineup for this release:

These days I'm listening to Black Foxxes' new album "I'm not well". When I first heard it I realised that grunge still exists and I can't stop listening to it! It's brilliant.

Also, my all time favorite rock albums are basically all Muse's albums, Nothing But Thieves' debut album, "One by one" by Foo Fighters, "Hybrid Theory" by Linkin Park, and "Something between us" by Project Theory.

Well the second full studio effort has been re-released with a new remix done, and it does sound fantastic. I have been listening to this release throughout this month giving me a break from the more extreme and brutal music I listen to much. This music is in the same direction as the studio effort Before Came After, but I think this release has a slightly more touch of a Chicago influence. The use of the flute, trumpet, flugelhorn and saxophone which is somewhat rare being mixed on a progressive rock release brings together a very interesting musical style, between Folk, progressive rock and R&B musical styles here. A wiki page article behind the band idea and how it all came about, as I have covered the band information in a previous post regarding the Before Came After re-release remix version before. https://en.wikipedia.org/wiki/Proto-Kaw

Mongodeathtime
Newbie
Release the full TNT (No) discography, and I miss Def Leppards albums from the 80's too.
TNT:
https://en.m.wikipedia.org/wiki/Knights_of_the_New_Thunder