My Question or Issue :

Is there's a way we can get the information from developers API regarding how many times a particular track has been played. Basically play count information of a track.

Kindly reply if anyone has any idea on this.

This was a highly upvoted feature in the now-archived Spotify web-api repository with hundreds of votes!

It's a bummer that the suggestion's been archived. I did some digging within the Web API and turns out *somewhere* there IS a counter for a track's total plays, but I don't know how to access it because I think it's a lower-level variable within an algorithm that returns the 'popularity' float. Here's the specific page for reference. I also attached the entry as an annotated screenshot below. It's pretty far down there, as 'popularity' is mentioned like 44 times, or something like that.

I speculate it's not accessible yet because it has something to do with the multiple instances of an individual release due to the multiple regions that a song is released in. I don't know a lot about this, but part of me wonders "Why not give us a function that simply returns the sum of playback count in all regions according to a song's ID/spotifyUri?" I hear they're powered by the Google Cloud Platform, so why not lean into their tools for help with this? Idk. I don't know the nuances of their database schema or the extent to which they use GCP. Nevertheless, I might try to play around with this. I was hoping to create a live update counter as a flex for my own artist website. We'll see how that goes. I'll continue to dig! 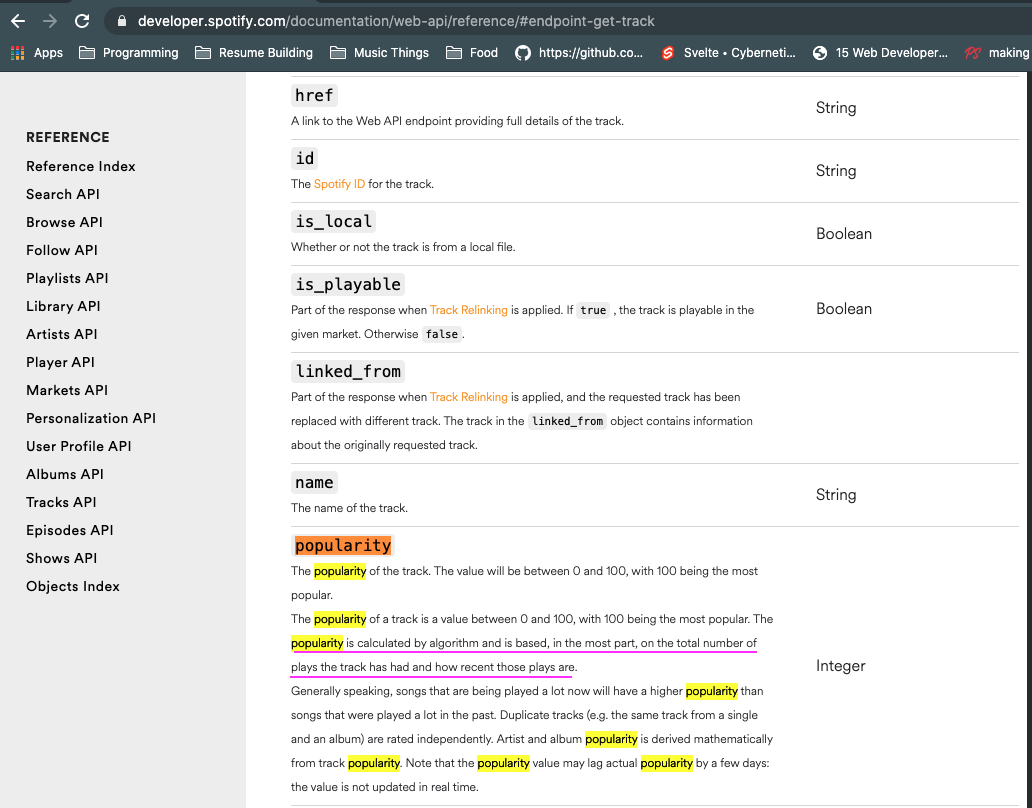 I've finally found THIS article! Turns out there's a new professional SaaS that consolidates all this information for you. They've got a custom subscription plan specifically for API access! I have yet to learn more, I've just emailed about it and will get back to this thread when I do!

Hey Spotify Team! This feature is really needed. What prevents you from implement this?