Why Am I Being Advertised The 99c Premium Offer If I'm Inelligible?

Why Am I Being Advertised The 99c Premium Offer If I'm Inelligible?

To preface. I only recenlty got Spotify on my phone, saw the 99c offer but instead decided to opt for the 7 day trial because I didn't even know if I would continue using Spotify afterwards.

After the trial ended (a day early by the way), I decided I would subscribe to premium after falling in love with the service. Entered my debit card details into the app and I was told I couldn't take advantage of the offer because I had already taken a trial for premium. I was pretty annoyed, but whatever; that's life. However, both in the app, and now through my e-mail, the 99c offer has still been advertised to me. The email that was sent to me even aknowleged that my trial had expired but that I was still able to subscribe to premium for 99 cents (I tried, and I can't- see the first attached photo) Now as far as I'm concerned this is false advertising, and I'm pretty understandably annoyed about it. It would be fine if I just wasn't able to use the offer, but the fact that it's still being directly marketed to me has really rubbed me the wrong way. I think by this point I'll just move on to Google Play Music or something instead. **bleep**, if this hadn't happened I likely would have remained subscribed after the 3 months had expired.

1.)Image showing the email sent to me by spotify.

2.)Image showing the error I am displayed after attempting to subscribe to the offer. 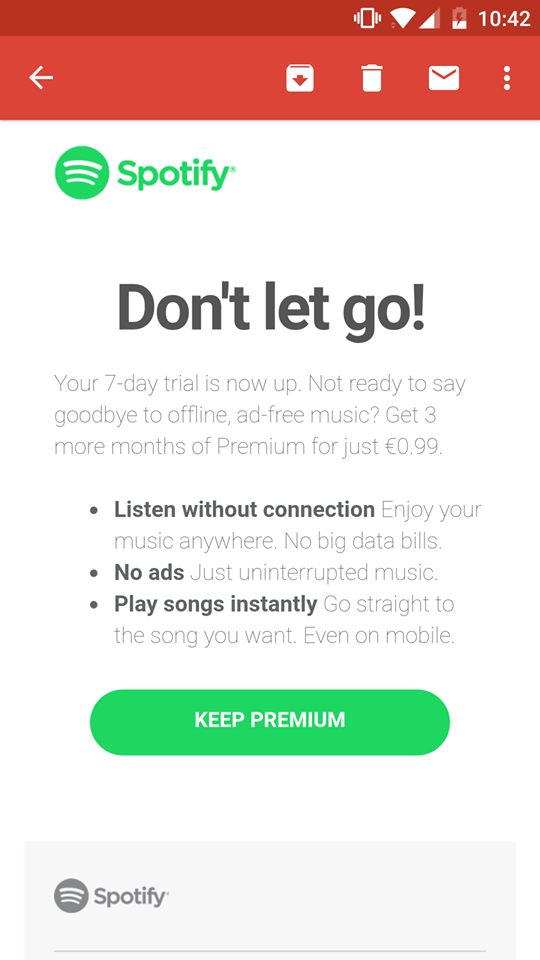 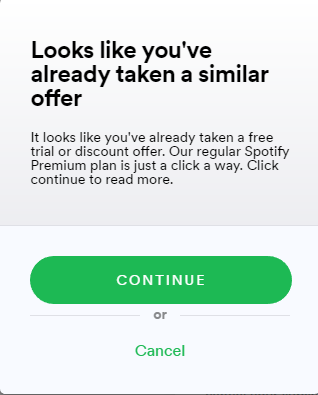 Can you try using another payment method? 🙂

MaximRock Star 24
Help others find this answer and click "Accept as Solution".
If you appreciate my answer, maybe give me a Like.
Note: I'm not a Spotify employee.
Reply
0 Likes