I have many albums with liked a few tracks, but sometimes hearts are missing but not quite, its hard to explain.
Photo 1:

When I search for example: "Netsky II" album and click it on the artist page, this album has no heats/likes. But I know I liked few track so when I go to my "liked songs" list, search "netsky" then I see some tracks with hearts from that album.

Sometimes there is a few releases of the same album which are exactly the same, but for some reason one album have hearts and other doesnt (tracks have the same amount of plays)
When new release of album comes out, why hearts does not transfer to this album?
This happens with a few artists every few months and I have multiple likes for single tracks. Its super annoying 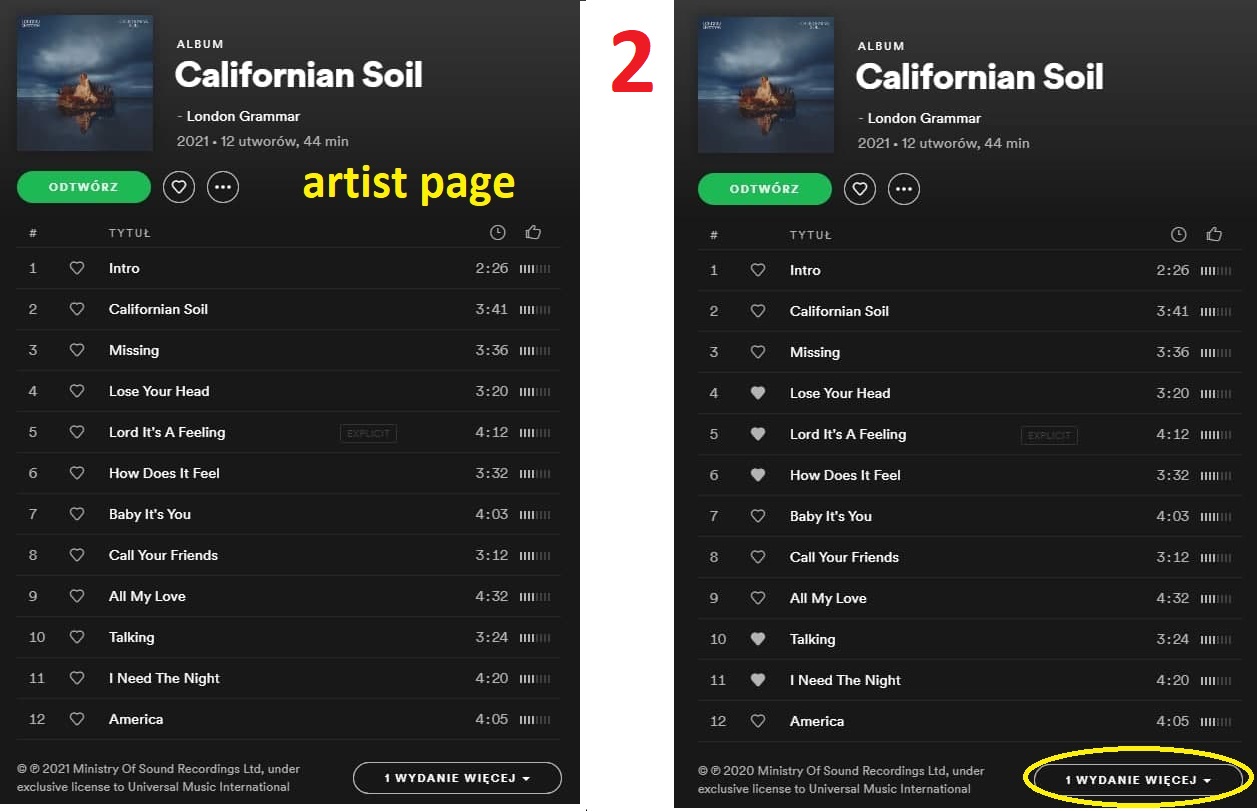 Sometimes when a track/album is taken down from the platform and re-uploaded it returns with different metadata, so essentially it appears as a new song.

This happens mostly due to licensing issues.

Hope you find this info helpful. Don't hesitate to reach out again if you have questions.